Home / Addiction & It's Management / KABBALAH – A Mystical Way of Life 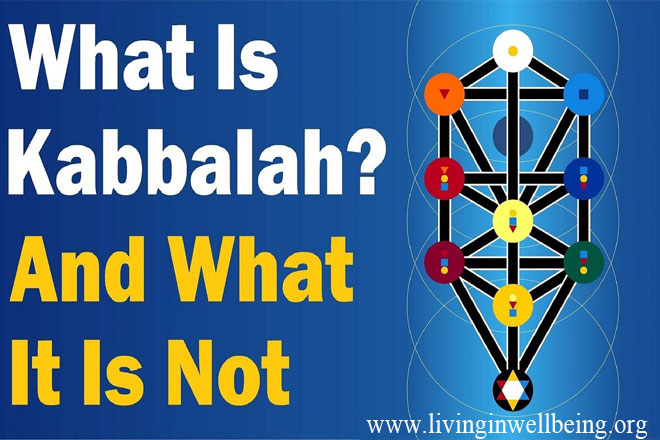 Mysticism has always been about the deeper search for self and seeking the unknown. Unfortunately, religion has always been rooted too deep in beliefs that turn into dogmatic notions. It is about accepting what is shown rather than unfolding the great mysteries of the cosmos. Kabbalah is one such esoteric branch of knowledge which is practiced by those who are on the path to search for the true meaning of God.

The word in itself means ‘that which is received ‘and that point to the receptive quality in humans to learn. When you are an awakened soul, then you open yourself to the higher forces in order to learn the ways of the spirit world. Kabbalah is Jewish mysticism and refers to the kind of knowledge that is imparted to those who are truly prepared to receive it.

Basically, Kabbalah is esoteric science or knowledge that stems from Judaism. It is a bit different from traditional Judaism and focuses on the man’s interrelationship with the divine. The story, according to holy books suggests that it was Archangel Raziel who gave the knowledge of Kabbalah to Adam and Eve after they were cast out of the Garden of Eden. From then on, this Torah of teaching got passed from one generation to another often getting lost or forgotten. Though, it has always re-emerged to shine its light on those who seek it.

The first person to be initiated into this secret knowledge was Abraham and the initiator was none other than the priest-king of Jerusalem, Melchezedek. Abraham was no ordinary being and was said to have supernatural powers and considered otherworldly as he had no parents. Abraham passed down the knowledge to his successors and eventually, Moses was initiated in the sacred arts. Later on, the same knowledge reached down to the prophets, rabbis and priests. A lot was imbibed and changes were made all through this period, but the essence of Kabbalah remained the same and so did its role in unveiling the purpose of life. Though, it was specifically in the Middle Ages, when the teachings took on a philosophical garb and the term Kabbalah was coined.

Kabbalah is a mystical art whose sole purpose is to turn a person into a worthy vessel prepared to receive the divine light. It pushes an individual to awaken and be a receptor of knowledge that is beyond this dimension. This leads to shedding of the outer self so a higher self-emerges out, one that is intuitively guided and has a raised consciousness. This is finding the divine in self when your perception is not limited to just being human but becoming something more. A lot of ancient practices, whether it’s Hindu Tantra or Zen focus on turning inward in order to find the real meaning of life and Kabbalah is no different. The rituals that are part of this teaching are aimed to strengthen the subconscious. Basically, Kabbalah has three divisions; the primary and theoretical which is about understanding the depth of the inner dimension of reality. It is about a basic understanding of what the core of life is, which most people remain oblivious to. The second is higher and deals with unveiling the spiritual world. An initiate is trained in meditation and training himself to understand the existence of beings like souls, guardians and angels. This is a way higher state of consciousness where one manages to pull the veil that divides the two worlds, physical and otherworldly. The third is the one that deals with the highest state of magic where one can connect with nature and alter it. This is where one uses incantations, magical amulets and other tools.

There is an upper world in existence that is the Creator, a primordial force that determines all happenings in this life. All the other worlds or energies that come into existence from this force, it could be forces such as gravity or storm, or even those that we are not aware of. The creator force is what determines the existence of these energies.

It is through Kabbalah, one can understand the workings behind these forces. It is the map that guides on how these forces are shaped and how they affect us. A variety of tools and scriptures are used for this process of learning which includes the holy book called The Zohar. The practices that are part of Kabbalah eventually lead to the development of senses that can help understand and connect with these forces. Through this you can also discover the purpose of these energies which is to bring the disciple the revelation of the Creator.

Kabbalah focuses on not exploring anything outside of you, but pulling away years of conditioning and discovering the spark of the divine within.

Here are some guiding principles of Kabbalah that gives a wider perspective and deeper view of what this esoteric art is:

The reality that we humans live in is objective and only limited to the body, by studying Kabbalah, you connect to your own soul and the upper worlds. Your vantage point to observe the play of life ascends and you understand how to see and live with the inner divine light. It helps one realize why souls come down on earth, why they become clothed in bodies and what past they had. It helps in understanding the present pattern of life and also what the future holds. Studying this ancient art helps you understand the reason behind the happenings that surround you and the consequences of your actions. This way you can alter the pattern of your life and in turn, alter your future as well.

Though, all this needs intense practice and a very deep understanding of the upper world. One can access all the realms and worlds only if they train themselves for it. This is the will of the creator and Kabbalah is the tool to achieve it.

Kabbalah as a way of life

Kabbalah is an esoteric knowledge, a science that helps us change our standard of living for the better. The present times have seen a lot of people swarming towards the art of living courses because they feel a certain emptiness in their lives. This is because of not being rooted firmly in the all-encompassing creator force. When one drifts away from their real self and actual purpose, then it creates a huge void in them. A practice as deep and ancient as Kabbalah helps them to cover this long distance between themselves and the creator force easily.

The wisdom that this esoteric science brings along helps one to live correctly and enhances their way of life. If you ask how long does it take to achieve this then the answer would be that it is an ongoing process which lasts forever. When you start working on replenishing your soul, you certainly don't wish to stop halfway. Once someone learns to connect to the upper world, any other way of seeing reality would feel too narrow.

According to Kabbalah, every human is a work in progress. They are all evolving and growing, and giving these people certain knowledge and tools can accelerate that progress to a great degree. No matter at what stage of life, but we have pondered over questions like why we are here and why certain good or bad things happen to us. We never find the answer to this query because we feel like all other questions; it too can be answered in a few sentences. This is because as humans, we only observe a small fragment of reality, but not the entire cause and effect of our actions and the higher energies that put it in motion. Whatever we do or study, we are unable to develop a complete perception of life and hence live in this state of confusion. A spiritual art like Kabbalah helps one to attain a higher level of reality through which one expands their senses and acquire a deeper level of perception that helps them to unravel the mysteries of life.

When you ascend from having an ordinary perception to reaching a higher level of reality than you feel connected to the divine energies and all its creations. Instead of feeling disconnected, you rather feel part of the one harmonious energy and that impacts you at a cellular level. It puts your mind, emotions and physical body in the healthiest state.

Basically, the core purpose of Kabbalah is for one to experience the true ecstasy of living without feeling lost or disoriented in this life. It is a sense of completion within self when one truly deciphers their authentic self and become one with the higher forces.

At Living in Wellbeing, we offer various courses and programs to promote the wellbeing of your living. For further information or to fix an appointment with our counselor, you can get in touch with us at mail@livinginwellbeing.org.