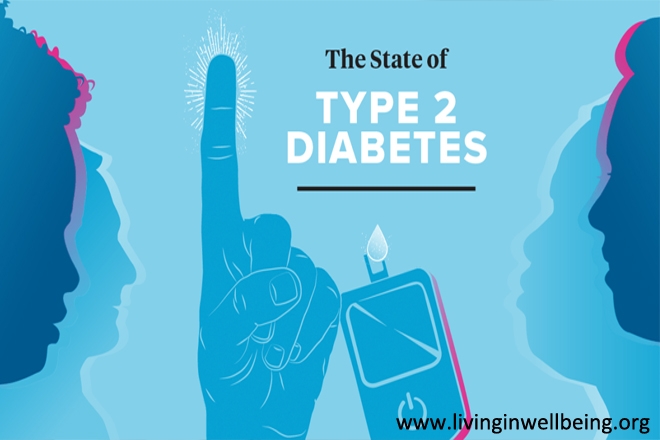 Diabetes is a disease that is prone to affect anyone. As per the International Diabetes Federation, within the span of nine minutes, someone dies due to diabetes. Diabetes is a chronic metabolic disorder that is figured out by high level of blood sugar. This stage is due to the lack of metabolism of the lipid proteins as well as carbohydrates caused by the lack of function of insulin in the body. The main symptom of diabetes is high blood sugar level. Even though there are many types of diabetes, it can be seen that the majority of the people are affected by Type II Diabetes. Following a healthy lifestyle is a good way of preventing diabetes to a very large extent.

The major symptoms of diabetes are excessive feelings of thirst, frequent urination, frequent in feeling hungry and loss of body weight. Some other symptoms that are considered as symptoms of diabetes are itching, blurring of vision, frequent infections at the vaginal area and fatigue. These symptoms are not seen during the beginning stage. People affected with type II diabetes do not have the condition of high levels of blood glucose level, which is linked with loss of consciousness as well low blood pressure. This ultimately makes the person unconscious.

Obesity interferes with the work of insulin. This is a major risk found in diabetes type II. The majority of the people suffering from type II diabetes are obese. Apart from the stop of insulin, we can also find damage to the response of the cell to glucose. This type of diabetes can be controlled to an extent with the help of the right nutrition plan and regular body exercise. It is advised to continue exercising on a regular basis, even after losing the body weight.

Type II diabetes does not give any damage to B cells. On the other hand, a person affected by type II will have a high blood glucose level, resistance to insulin and also a deficiency of insulin. This is actually a complete opposite to the type 1 diabetes that happens due to insulin deficiency as a result of destruction of the pancreatic cells and the gestational diabetes that happens due to high blood glucose levels related to pregnancy.
Gestational diabetes is affected during pregnancy. It is a temporary situation. It happens due to the formation of hormone in women who are pregnant, and this leads to resistance to insulin.

With uncontrolled diabetes, come complications of metabolism, such as acute and chronic vascular complications. Adult blindness is a major complication that the type II diabetic patients tend to face. It is a boon that our modern medicines are able to control this disease. Lowering of blood glucose has been made possible with the discovery of insulin. This, in short, has helped to lower the mortality rates. Some of the complications faced by Type II Diabetes patients are:

One of the major effects of Type II Diabetes is nerve damage. The body’s nervous system includes the peripheral nervous system as well as the central nervous system, muscles, skin, brain as well other organs. When there is high blood glucose that is not controlled and if this condition lasts for more than 9 to 10 years or even more, then this can cause damage to the nerves creating Diabetic Neuropathy. This situation will make the nerves lose their ability to send or receive any kind of impulses of the nerves or stimulation of the messages. Messages can even be delayed and this can create a lot of problems to the person suffering.

The Kidney neurons have more than two million blood vessels and also millions of capillaries. Blood filtration is made possible with the help of these capillaries. Those materials that are toxic to the body are flushed out through urine. Kidneys need to work throughout without any break so as to clean the toxins that enter the blood and those toxins that are formed inside the body. Nephropathy or kidney damage will not allow the kidney to remove the toxins. When a person has long term diabetes and when the person is exposed to extreme blood pressure, then he/she is likely to experience kidney damage.

yes can be damaged if a person has high diabetes. Conditions like Cataract and Retinopathy can affect the person in such circumstances. The lens which is seen clearly. But the light is not allowed through the lens. This is due to the presence of high levels of blood glucose. In cases like Glaucoma the pressure of the eyeball increases and that can damage the optic nerve.

With Type II diabetes, the patient can also be subject to stroke.

The walls of the blood vessels can be damaged as a result of diabetes because of the fat build up in the walls. This can block the blood vessels and damage them. The result would be lesser blood supply to the heart muscles and increase in blood pressure. It can even cause death.

In people suffering from diabetes, gastrointestinal disorders are common. This is because of the low blood glucose control and also due to the autonomic nerve disorder that affects the digestive tract. Infection of the oral cavity, less sense of taste, low appetite, tooth infection and uneven growth are the symptoms of this disorder.

This is controllable if the person affected goes on a strict diet and follow a good exercise routine. While doing so, control of diabetes without any kind of medicine is possible. A good diet that includes carbohydrates, proteins and fat in the right proportion can help the person control it the proper way.