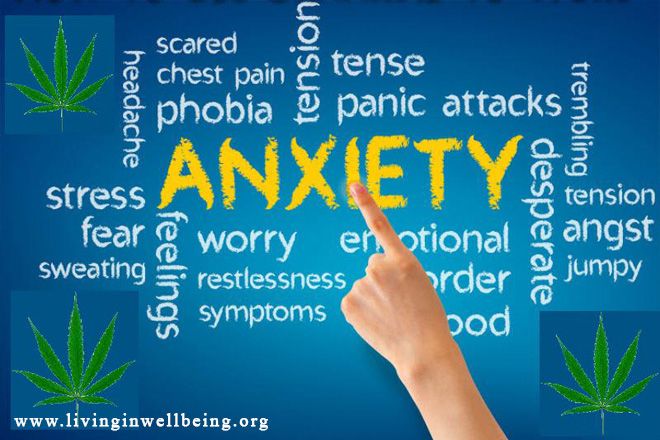 Marijuana also called cannabis or pot, was used as an herbal medicine in ancient civilizations. The pioneers were most likely from the Asian civilizations circa 500 BC. In the US, marijuana was introduced and grown by the colonist. However, some historians are adamant that the Native Americans have been using it for recreational purpose way before the arrival of the colonists.

Today, an increasing number of states in the US are legalizing marijuana for recreational as well as medical purposes. An increasing number of people are using marijuana in hopes of dealing with their anxiety. Many medical stores keep marijuana for treating anxiety in the form of pills, extracts, medical marijuana bottles, and other forms. However, there is a twist to this story in the form of limited scientific research as we speak. Scientists are still doing in depth research for the said cause. Though certain scientific studies have been able to establish initially that short term benefits of marijuana for anxiety treatment do exist. This is the silver lining for all those looking to treat their anxiety with cannabis.

When you treat a medical symptom while taking it upon yourself, it is known as self-medication. Suppose you took marijuana this one time and felt relief from your crippling anxiety for a while. You were sensitized to the effect with which it provided you with temporary reprieve. This is fine as long as reality starts to set in and you feel like you need another dose for further relief.

Secondly, there is not enough known about the efficacy and long term consequences of marijuana for treatment of anxiety as we speak. This might have far reaching consequences. Addiction is one of them. No matter how good something is, excess of that thing has been never good. Therefore, the use of marijuana for anxiety comes with certain risks which are explored below.

The use of marijuana frequently and for longer periods of time, comes with its associated risks. These might be:

Long term memory loss can result from excessive use of cannabis. Impairment of memory occurs as marijuana alters certain zones of the brain, which are in control for memory formation. Likewise, the motivation system of the brain in the form of a chemical called dopamine is badly affected. Your brain looks for dopamine hit every time it requires a boost for self-satisfaction. Instead of constructive ways to fulfill the dopamine requirement, you get dependent on marijuana dose. This is very bad for your motivation to do any task.

One of the main reasons drugs in general are discouraged as coping mechanisms is their increased psychological reliance. Excess marijuana taken for anxiety reduction can cause an individual to rely solely on the drug. In the long term this becomes an issue of addiction rather than anxiety cure. There are several instances of cannabis addiction in the form of pills, and other marijuana extracts. This is counterproductive as far as anxiety treatment is concerned.

People who use cannabis for an extended period of time might suffer from depression as a result. Their motivation levels decrease as explained earlier, and this decrease leads to feelings of emptiness and laziness. This in turn gives rise to depressive tendencies. Other mental health issues also result from the very same reason of marijuana over usage. There are certain people who are at an increased risk of psychosis with excessive intake of marijuana. These are only a few disorders which have been confirmed in various cases. This doesn’t mean, by any chance the psychiatric disorders due to marijuana are limited to only these few disorders. The possibilities could be far more dangerous and far more disorderly for any individual.

Anxiety can be treated with various resources and methods. Psychotherapy and general medical treatment are very effective means of anxiety treatment. Medical specialists have been employing these very techniques to treat anxiety in the past, and the present as well. However, the marijuana saga has not been explored to its fullest as we speak. There surely is potential for cannabis acting as a medicine, but long-term effects of marijuana are still to be scientifically investigated and proven. Make sure you consult your doctor if you have recently started using marijuana for anxiety treatment.