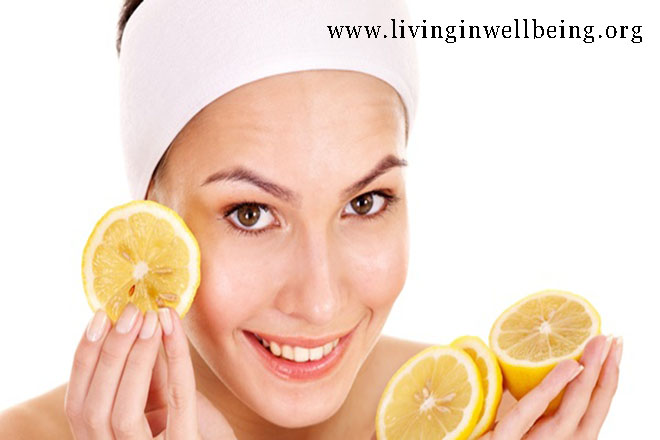 Most of us may have some vague sense of having heard about something called vitamin K. But it's unlikely that we have any idea of what vitamin K is or what it does. For those knowledgeable about health issues you may recall that vitamin K helps blood coagulate. In fact, the vitamin got its name from the Danish researchers who discovered it. The "K" stands for "koagulation," the Danish version of "coagulation."

Well, times have changed. Vitamin K is here with a vengeance. Recent research has shown it to be a powerful antioxidant, stronger than vitamin E or coenzyme Q10. It has been shown to help prevent degenerative diseases like osteoporosis and heart disease.

Let's take a closer look at this newfound powerhouse.

The good news about vitamin K is that is does a lot more than previously thought. It is a potent anti-ageing vitamin with many important applications throughout the body. Vitamin K accumulates in the heart, lungs, liver, pancreas, kidneys, and in blood. It has broader health applications than scientists ever imagined. While it was long thought that we all had sufficient amounts of vitamin K in our bodies, recent research indicates that many of us suffer from vitamin K deficiencies.

Anti-ageing research has found that as we age we suffer from increased inflammation that can cause everything from heart disease to mobility impairments. It seems that during the ageing process the body increases certain hormones and decreases others. One of those that is increased is called Interleukin-6 (IL-6). This biochemical messenger increases inflammation throughout the body and has been implicated in arthritis, diseases of the blood vessels, heart disease and Alzheimer's.

Scientists have found that vitamin K reduces Il-6 and may have a major role to play in reducing many of the degenerative diseases that plague the Western world.

Hardening of the arteries is caused by calcification. When calcium enters the arteries lesions are formed that lead to their progressive degeneration. This process is associated with heart disease. Scientists in Japan indicated that when vitamin K was introduced it significantly reduced the amount of calcium in the aortas of rats that had been fed a diet designed to harden their arteries. Damage to the heart valves was reduced by vitamin K.

The importance of this cannot be underestimated. Osteoporosis is a major problem in our society. In a recent study of nurses that included 10 years of information from over 72,000 participants, the researchers concluded that those nurses that ingested the most vitamin K were a third less likely to suffer from hip fractures. Vitamin K had a stronger effect than synthetic estrogen. In another study it was found that vitamin K reduces calcium loss by one-third.

These finding are not only important because of their application to osteoporosis itself but also to the other problems associated with the disease. It has been found that osteoporosis is a good indicator of overall mortality. Osteoporosis reflects serious systemic problems. Surprisingly, people suffering from low bone density die mostly from heart attack, cancer and stroke. Low bone density is related to severe diseases of the blood vessels (calcification). Vitamin K counteracts calcification and reduces your chances of dying from blood vessel related diseases.

High blood pressure is a leading cause of stroke. The cause of blood pressure rising has traditionally been linked to high salt intake. However, now it has been found that calcium has a major role to play in this disease. Studies performed by Dr. David McCarron have indicated that calcium intake is more likely to cause pressure problems than salt intake. According to Terri Mitchell of Life Extension Magazine, "One standard deviation from the norm of bone density equals a three times increased risk of having a stroke compared to 1.7 times increased risk of blood pressure." Vitamin K, as we have seen, regulates the calcium in our bones and arteries. Ample amounts of vitamin K could cause a decrease in susceptibility to stroke and other blood vessel related problems.

One of the organs where vitamin K is stored is the pancreas. In a study performed in Japan, researchers found that rats deficient in vitamin K had problems with the clearance of glucose in the pancreas that eventually caused too much insulin to be released into the blood stream. Some scientists are speculating that ample amounts of vitamin K could be used in the treatment of human diabetes. This would be a tremendous help to millions of us that suffer from this chronic, degenerative disease.

People suffering from Alzheimer's disease have a high level of the apolipoprotein E (apoE4) in their brains. These same people have low levels of vitamin K. Dr. Martin Kohlmeier feels there is a connection. Dr. Kohlmeier believes there is a connection between the lack of vitamin K, apoE4 and the ability to regulate calcium in the brain. He believes that people with apoE4 get rid of vitamin K too swiftly. This leaves too little vitamin K for proper functioning of brain proteins that causes problems in regulating calcium properly and may lead to some of the devastating effects of Alzheimer's disease. Just as vitamin K regulates the calcium in our bones and arteries, it also regulates it in our brains. A quarter of the population has the apo4 protein and the corresponding lack of vitamin K. It's important then that future research show how vitamin K is needed for brain function and disease prevention.

Vitamin K is a fat-soluble vitamin. But unlike the other fat-soluble vitamins it is not stored in the body. In fact, recent research has found that vitamin K deficiency is much more common than previously believed. According to Terri Mitchell of Life Extension Magazine this problem is due "to inadequate diet, lack of co-factors, drugs and environmental stress that place unusual demands on vitamin K reserves." Antibiotics destroy intestinal flora which are the source of vitamin K in the body. Cholesterol lowering drugs, Olestra and anything that interferes with fat utilization reduces vitamin K. Mineral oil laxatives interfere as well. Low fat diets can also be detrimental to vitamin K as are very high protein diets that do not include greens.

High concentrations of Vitamin K are found in green leafy vegetables. Spinach is especially important. But it is now known that also eating large amounts of fruits and vegetables can supply the body with the vitamin k it needs to function. Fermented foods, including some cheeses contain vitamin K. Hydrogenated oils contained in foods like margarine may stop the proper utilization of the vitamin.

Since vitamin K is not stored in the body, it is nontoxic. Supplementation dosage will vary due to your health needs, age, diet, and the use of prescription drugs. Consult with your nutritionist or health care provider for the dose good for you.

People taking blood thinners such as Warfarin or Heparin should not take vitamin K.

Vitamin K is a very exciting new tool in creating robust and natural health. Its role in the regulation of calcium in our arteries, bones and brain offers great possibilities for increased longevity and quality of life for millions of people. Vitamin K is still being researched. In the next decade it may become one of the most important elements in our quest to live long and productive lives.

Most of us may have some vague sense of having heard about something called vitamin K. But it's unlikely that we have any idea of what vitamin K is or what it does.