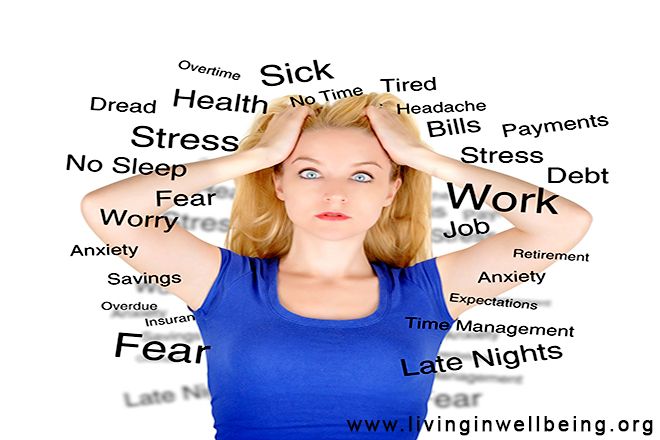 Our bodies are more complex than any machines on earth. There are billions of functions that our body performs on any day and having said that our bodies can wear out quickly. So, it is extremely essential to allow some time for our body to “reboot”. One way to do this is to give our body adequate sleep. An average adult requires minimum 7 Hours of sleep every day to function properly.

Sleep deprivation is a condition when you are not getting sufficient sleep. In our busy lives, this is common with most of us, but we must know that it can cause our body a serious damage! Here are 15 dangerous consequences of Sleep Deprivation that you should avoid:

Impaired Brain Activity: Sleep deprivation can impair functioning of your brain and can lead to lack of attention, arousal, decision making, cognitive speed, and emotional intelligence. A research, which was conducted on human brain using brain imaging technologies, suggested lack of sleep affects your brain networks which control your behavior and cognitive capabilities.

Cognitive Dysfunction: Lack of sleep can affect the wear and tear of your brain cells. If sleep deprivation persists for a long time it may affect your learning, memory, perception and problem solving abilities. This increases the chances of you suffering from problems like amnesia, dementia, and delirium in the long run.

Hallucinations: A study conducted on 350 sleep deprived people found that 2% of them started to develop symptoms that were similar to acute paranoid schizophrenia after having sleep deprivation for 112 hours. 80% of the people who have normal mental state can suffer from hallucinations if the level of sleep deprivation increases.

Depression: Sleep deprivation alone may not be cause a state of depression, but if you are undergoing a trauma, stress or disease and you do not get enough sleep; your body will release hormones like cortisol which would aggravate your negative feelings giving you depression.

Weight Gain: When your body doesn’t get enough sleep, it goes into a “survival mode”. Sleeplessness tricks body into thinking that it is in danger.  As a result, your metabolism slows down because your body starts to preserve its resources. It releases “Ghrelin” which is a hormone that makes you feel hungry and reduces levels of “Leptin” which can make you feel satiated. As a result, you eat more than your body needs and end up gaining fat.

Heart Disease: Sleep is essential for a healthy heart. People who do not sleep enough are at higher risk of getting cardiovascular diseases—regardless of age, weight, smoking and exercise habits. One conducted on 3,000 adults over the age of 45 found that those who slept less than six hours per night were about twice as likely to have a stroke or heart attack as the people who slept six to eight hours per night.

Diabetes: When you are sleep deprived, the mitochondria in your cells, which is responsible for breaking down your sugar, starts to shut down. This increases the sugar content in your blood. Losing out on sleep can make fat cells 30 per cent less capable to deal with insulin, according to the Annals of Internal Medicine. This can cause diabetes.

Memory Problems: Hippocampus is the region of the brain that is associated primarily with memory and learning. Sleep deprivation causes shrinkage of the hippocampus. A study has observed that people sleeping less had problems remembering important details as compared to those who slept at least for 8 hours on an average.

Weak immunity: The immune system is pretty complex.  It is made up of several types of cells and proteins that are charged with keeping foreign invaders such as colds or flu at bay.  It is designed to protect us from colds, flu, and other ailments, but sleep deprivation interrupt its functioning causing immunity to go low.

The increased risk of death due to accidents:  Sleep deprivation can increase risk of road accidents as humans tend to face fatigue and drowsiness while driving. Several studies have shown that prolonged sleep deprivation in truck drivers, airline pilots, and medical residents has been a major cause of near misses and crashes. Hence it is advised to get adequate sleep before a long drive.

Increase risk of Stroke: Short sleep can release hormones and chemicals in your body that can increase your chances of getting heart strokes as per Dr Michelle Miller, a faculty and researcher at the University of Warwick.

Bone Damage: People who are sleep deprived have low bone metabolism and bone marrow composition. This has implications for development and aging of bones, bone healing and repair, and blood cell regeneration.

Increase risk of Cancer: Humans can feel energized and drowsy around the same times every day as our body follows a circadian rhythm forming a “sleep/wake cycle”. Researchers say that a disruption in this circadian rhythm can increase the risk of developing cancer.