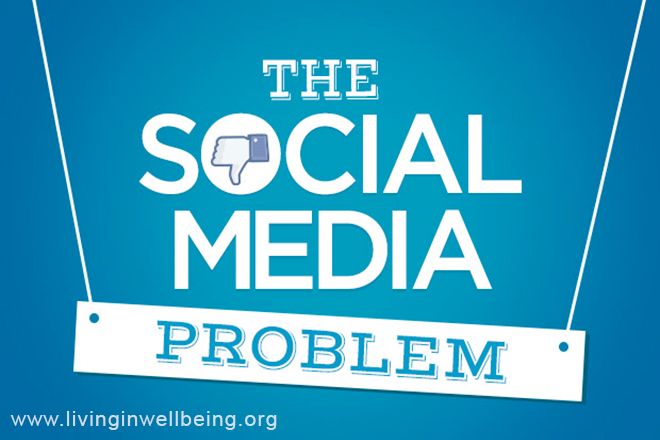 Social media is an extremely useful resource today as it lets us connect to the world in the real time. We can maintain long distance relationships without many efforts through platforms like Facebook and WhatsApp. But have you ever wondered if this technology also had a major downside?

As you get used to social media, you tend to spend more time with your virtual friends than your family and real friends. Your community life deteriorates, your real friends move away and that can result into a depression that is coming from the feeling of loneliness. A recent study conducted on high school students found that there is a positive correlation between time devoted to social media and depression in students. The effect, however, reduces with increase in the age so we can say that social media can be more dangerous for youngsters.

The world has seen cases of teenagers committing suicide. 15 years old Tallulah Wilson jumped in front of a train in London after her social media account was discovered by her mother. Tim Piper, a 17 year old boy hug himself in the bedroom after asking for suicide advise on social media platform.

What happens on Social Media?

Take an example of Facebook, one of the most popular social media platforms that allow you to connect with friends and do a lot more. How can a person get to a state of mental depression on Facebook to an extent that he or she starts thinking of committing suicide?

Facebook is a colorful platform where your life looks full of good moments, colors and friends. Imagine a teenager who just started using Facebook. She starts posting good pictures on her page and starts getting good number of likes, comments, and even shares. After a while things start to change, she has more friends on Facebook, her friends have more friends on Facebook. She has more posts, her friends have more posts. Everything looks colorful, friends are increasing, but the leeks start to reduce, why? She thinks people do not care anymore, but the reality is that with increasing number of friends, notifications also increase, so you don’t get to see everyone’s post so comfortably. You have too many friends to stay in touch with. It’s a virtual world with no limitations on the number of people you can connect to. Obviously, your attention would get divided. But the impact on the teenager of thinking that nobody cares leads to a state of depression.

Let’s take another scenario - This teenager is continually talking to a friend on Facebook and she starts to feel that the friend is genuinely caring, so, when she is encountered with a problem, she seeks help but in return she either gets a refusal or disappearance. She is confused. Her mind is confused. This was not a true friend. Nobody is a true friend. She used to think that on the social media, the world was more colorful only to realize that it was only an interface to the real world. The real world was still as gloomy as she knows in her physical world. But she expected more from Facebook.

Have you ever noticed that everything you talk on Facebook is not from the heart, but is more logical, calculative, and manipulated? You talk using your mind and not your heart.

When in a physical setting, two people meet, they are talking heart to heart. All their senses come to life. They can smell each other; smell the coffee they are drinking together. They can feel each other; feel the air that is touching both at the same time. They can see and hear each other. On social media, no senses are working except the mind. So, you may not talk to your heart. You may talk like an ideal person who shows concern, but only because that is what you are expected to do not because you really care.

What gives the teenager depression? Her inability to realize that just as she is manipulative in her talks, the other person she is talking to is also equally manipulative. You cannot guarantee good and genuine relationships unless you meet or hear the person outside Facebook.

How can we get out of this depression?

A typical response of a person having the realization of reality of virtual worlds is shutting down from Facebook - delete your account or stop using it. But will this help? Probably not, it will only make you lose your connections. So what should we do?

First, we need to understand that social media is a virtual platform where you share thoughts and not hearts

Second, you should not use it to build personal but professional relationships where you exchange favors and not just give or take them

Third, if you really want to make friends, then connect with people out of Facebook also. Anyone unwilling to talk to you over call or meet you after talking on Facebook has no intention to have a real friendship.