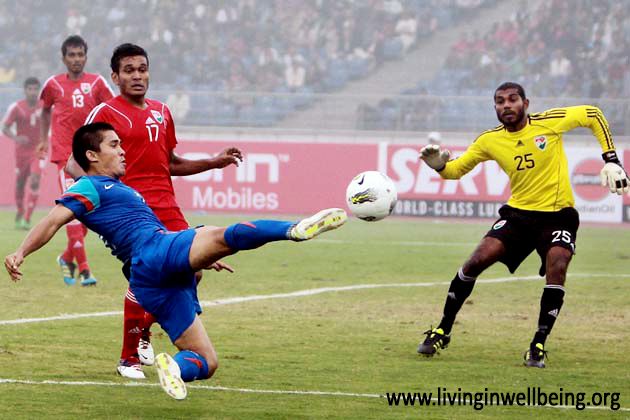 Football is the one sport that has the largest line of fans all round the world. Even a person who is not interested in sports does know the basic rules of the game and can enjoy it to the core. The history of Football can be traced back to the 2nd and 3rd century in China. At the time of the Han dynasty period, people played with the dribble skin in a small net. They kicked it into the goal area called Tsu Chu for gaining a score. This was the game of the army. It was one of the physical training activities meant for the army. It was also played during the birthday of the Emperor. There was another game named Kemari, which was played in Japan, which was much similar to this game. Italy too witnessed a similar game during the 16th century. The ball was kicked and also held while playing. It was very popular in the country. There are a lot of advantages of playing football. These are mentioned below.

There are 11 players, both in the two teams. The ball has to be led to the goal post on the opposite team to gain a score. The team with the highest goal will be considered the winner. The time of a game will be 90 minutes. The players except the goalkeeper are not to touch the ball with the help of their hands. They need to use their feet for this purpose.

The benefits of playing the game

A regular football player is able to gain a good amount of concentration, is able to develop their creativity and improve the mental health. The game needs a lot of energy. For this, there is an increased intake of oxygen to the blood. This helps to increase the blood flow to the brain and all parts of the body. Thus, playing football not only gives benefits to the body, but also the ability of the brain to work and respond the right way.

Will help in delaying the process of aging

Usually women at the age of 65 or more show sign of mental decline. While playing football, this can be reduced to a very large extent. It can be done as an exercise and not on a rigorous manner.

The production of gooinones inside the brain is possible when one indulges in any kind of sport activity for a short time. The benefits of playing sports increase endurance. Football is a good sport that helps in increasing endurance of the body as it helps in releasing good hormones the right manner. In short, it helps to decrease depression to a very large extent without any kind of medication.

Exercising helps in reducing anxiety. It also helps to control our anger too. Football is a full swing exercise that helps the body to get involved in the activity with all heart and soul. The physical exercise it gives to the body helps in reducing stress.

Mental as well as Physical benefits of football are many. The benefit of providing concentration, strengthening the bones, increasing the muscle mass, moreover it makes the body extremely flexible and tolerant to hard physical activities.