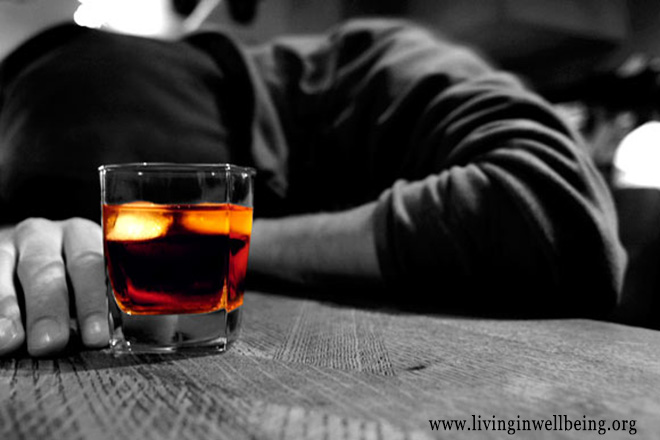 Alcohol addiction is a chronic brain disorder characterized by the compulsive use of alcohol. The alcohol changes the brain both in structure and in how it works by disrupting the normal functions. These changes can be long term and lead to harmful behavior.

Scientists began studying addictive behavior in the 1930s. Since that time, science has changed the way people with addictions are treated and thought of. Science has also provided a means to understand and effectively address alcohol and other addictions. Addiction is a disease that affects the brain and behavior.

The brain is a complex organ. Understanding how it works and how different things affect it is important for understanding the basics of alcohol addiction. Areas often affected by alcohol addiction include the brain stem, which controls sleeping, heart rate, and breathing; the limbic system which regulates the ability to sense pleasure and explains why alcohol affects a person's mood; and the cerebral cortex which controls our senses and our ability to think, reason, and make decisions.

Neurons within the brain pass information between the different areas, the spinal column, and the peripheral nervous system. Communication happens between neurons by chemicals called neurotransmitters. Receptors receive the information and transporters end the communication. When alcohol is introduced into the body, the chemical make-up of the alcohol taps into the communication system and interferes with the way the brain sends and receives information.

Dopamine is one neurotransmitter responsible for regulating movement, emotion, thought, motivation, and pleasure sensation. When alcohol is introduced, the brain's reward system or reward pathway is flooded with dopamine, which results in the euphoric effects that cause people to abuse alcohol to achieve the same effects.

Because the brain is wired to repeat activities which sustain life, it provides pleasure or reward to encourage that activity again. The brain notes that something pleasurable has happened and teaches the body to repeat those activities automatically, no matter if it's eating, drinking alcohol, or taking drugs. The activity releases dopamine, stimulates the reward pathway, and teaches a person to abuse alcohol the same way.

Alcohol, as well as some drugs, releases more dopamine when used than natural rewards. The effect of having so much dopamine released at once motivates people to repeatedly drink in order to receive the same effects time and time again. Unfortunately, long-term alcohol use can permanently impair the way the brain functions.

Over time the brain will adjust to the higher levels of dopamine and other neurotransmitters released during alcohol consumption. It will produce less dopamine or reduce the number of receptors in the brain that transmit signals. This means the impact dopamine has on the brain is reduced, so the pleasure a person gets from the activity is also reduced which explains why some people with alcohol addiction may become depressed or unable to enjoy things that had given them pleasure in the past. In an attempt to regain the sense of pleasure received from drinking alcohol, they need to drink more to get the same effect. This is called "tolerance."

Long term use and abuse of alcohol can adversely affect the brain in other ways. One neurotransmitter (glutamate) relates as much to learning as it does the reward circuit. Too much glutamate can lead to impaired learning and diminished cognitive ability.

Medically, alcohol addiction causes one or more conditions although the brain is the organ most likely adversely affected by it. The cerebral cortex, which is responsible for higher brain functions such as decision making and problem solving, is particularly vulnerable to the effects of alcohol. The hippocampus (which relates to memory and learning) and the cerebellum (movement and coordination are controlled here) are also vulnerable to damage due to alcohol use, abuse, or addiction.

Alcohol addiction also results in changes in behavior. With continued abuse of any substance, once tolerance develops and other areas of the brain outside the reward pathway become affected, the abuser begins to lose self-control as well as the ability to make wise decisions.

Successful recovery from alcohol addiction can be achieved by stopping over-stimulation of neurotransmitters in the reward pathway with nutritional supplements and changes in diet and lifestyle.