Home / Self-Improvement Tips / What Is the Meaning of Life 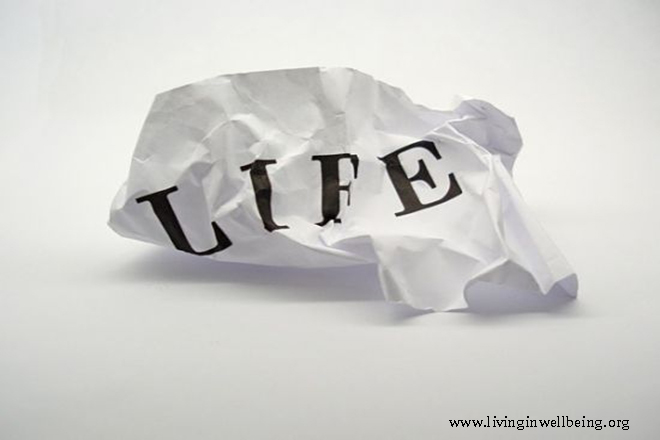 What is the meaning of life? We will say from the very beginning that on this site the answer to this question is definitely described and checked by many people, by their experience, from different countries and continents, from different times and having different traditions, who came to the same by absolutely different ways. To answer this question we should, first of all, be very critical and should not perceive on trust what we are told, but relying on facts that can be checked by ourselves in any event. If you are really eager to get the answer to the question on the meaning of life, we ask you to devote only 5 minutes of your personal time to reading and understanding.

Today we more often try to understand if there is sense in our endlessly repeating actions: birth, runaway from sufferings and urge towards realization of our needs and pleasures, and then aging and death. The most offensive thing in life is that even when we receive what we were aspiring to (found, received or bought something pleasant or valuable in our understanding, earned, achieved something), the enjoyment from what we received disappears quickly enough, and now we need something more, we do not get satisfaction from less. It concerns absolutely everyone, irrespective of a type of activity, from a housewife to the richest oligarch. All our actions look like a run with holed bucket, we are seeking where we can fill it and we are told - over there, run there, and then they offer to run to the other place to fill our bucket. But no matter how many times may we fill it, we receive the filling, satisfaction, pleasure only in the very beginning, but very quickly all the pleasure leaks away from the holed bucket and now we do not feel the former joy from what we are having now, we have to run with our bucket further in search of filling. As a result, the life ends by the fact that we drop this bucket that nobody needs and die. Isn't it worth so much force? Isn't it the meaning of our lives?

The answer is surely - NO!

It appears that there is something that is able to full our senses to the brim, and it will not flow out through the hole, this feeling is much stronger and more pleasant than all worldly goods which people can only seek to. This feeling is one hundred percent real, people who tended to it were in it and are in it. But the most important thing is that this feeling will not end with the ending of our lives, and it is the one that forms the aim of human existence, the thing for the sake of which we live these lives again and again in order to come again and try to come to it again just in our world.
The thing that was initially hidden is disclosed only to those who are seeking. This can be called as you like - Absolute Rule of the Universe, the Creator, Light - call It as you like, only one thing is important, it is absolutely real and it fills all the space by the property of Love, unfortunately in earthly interpretation this word cannot reflect correctly what a human being can feel. He feels love - hidden energy, which only the one who made definite but quite real efforts is honoured with. We emphasize once again that one can come to this really sensible condition and stay in it just in our real world, and it can be done by absolutely everyone, except for those who suffer from disorders of consciousness. There is no mysticism, there is no anything that is perceived on trust, and there is only cold scientific practice which was hidden from the majority for many thousands of years.

How does this happen? Let's try to explain briefly the topic which is big enough. Initially, a person has 5 sense organs, and only the potential of the 6-th, as it is called, the spiritual sense organ. It is this sixth organ that is capable of perceiving what can be described as Light, Love, the Creator. The Creator created a man to please him and it is this state of pleasure that absolutely all the souls will come to in the end. But for this purpose a man has to change his qualities in order to become similar to Light by his properties. There are two ways - the way of sufferings, as a result of which a man changes under the burden of sufferings sent to him, and the conscious way of spiritual development and finding of the sixth (spiritual) sense organ.

The abovementioned way is applicable for ordinary modern man living both in a large city and in a small town, settlement or village. At the same time religious convictions of a man are not important, he can be religious or atheist. For this purpose, you do not need to change fundamentally your way of life, move somewhere or do some special things or deeds. People do not have to change anything in their everyday lives, they should work as before, have a family, children and all the usual attributes of our lives.
How to move in this direction? How to develop this spirituality, spiritual sense organ? How to disclose what is hidden from us? Apparently, there are some other ways not all of which we can know. In all probability, this is achieved by some religious people. We will introduce the practical way that we know, in which a proven method was made and operates. It is appropriate both to religious and irreligious people. The rule is Love your neighbor as yourself is the basis of this method.

There is a similar way in Christianity, it is more conventional way for our understanding, however, we suppose that it can be more difficult for the movement because of the reasons described below. Although we know a large number of enlightened people who achieved high spiritual level and in their testimonies all their unusual senses characteristics of understanding the spiritual are described, today many instructions how to achieve such level are seen by the people only as performance of rites and compliance with commandments and rules, though in the modern world it is difficult to find the method on the real change and movement to such levels which these great people achieved. Unfortunately, nowadays too many things are made just for formal performance of commandments and canons without understanding of the necessity of other work that leads to the Creator. Nevertheless, we recommend for religious people to use this path and the path described hereinafter together, finding such things which will lead to real, but not ostentatious movement, to spiritual advance, disclosure of Light hidden from us and to new, surprisingly pleasant senses from interaction with the Universe and the Creator.