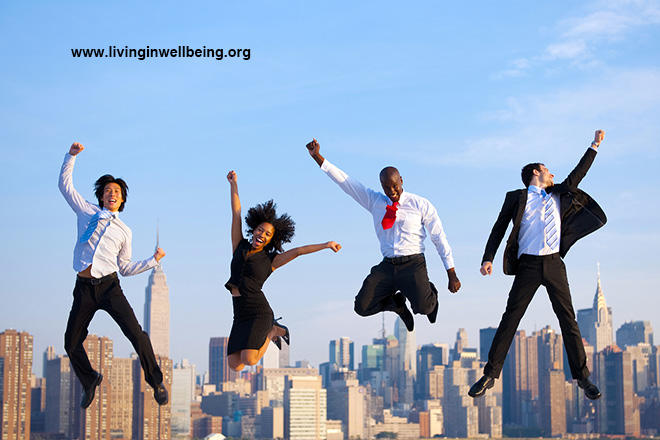 Have you ever wondered what makes some people successful and others not?

Successful people make swift decisions and take immediate action. When something crosses their desk, they don't have a "deal with it later" box. They make an immediate decision and take an action about their decision also immediately. This also goes for business decisions: Is this good for my business? Do it. Is it too expensive, time consuming and with some risk? Forget it.

If there is a task they need to do daily, they do it daily even when they don´t feel like doing it. They do what it takes to get to their goal. Feelings are irrelevant.

They focus on only one thing at a time. They know that if your focus is divided, it is more difficult to hit your target. Focus helps you get direction and it keeps you motivated. Every one of us has the same amount of time at our disposal. Successful people use that time more wisely by focussing more on one task and not allowing distractions to side-track them from their goal. They master time. Unsuccessful people waste it.

They have found their passion. Most people go through life just existing. People who have passion for something live life to the fullest. Passion gives you something to live for. People with passion can't wait to get up in the mornings, full of excitement about what the day will bring.

Successful people have a positive attitude and will not entertain a negative thought. Instead of being negative they ask questions like: How can this be improved? How can I make this work?

A positive attitude will allow you to achieve your goals, achieve success much faster, live a happier life, have inner strength and power and it will give you the ability to sail through difficulties.

Successful people don't fear failure. Instead they realise that every failure brings them closer to success. They fail often. They know that failure is part of learning, and part of being successful.

They are willing to learn and realise that they can't know everything. They spend lots of time studying. They also surround themselves with advisors who have knowledge in a particular areas they need.

If you have been unsuccessful and would like things to change, don't "fake it till you make it." Instead, focus on developing these traits, one at a time, until you have what it takes to be successful.
About the Author

If you would like to have a successful home business that pays you more than your job, visit Work At Home, sign up for our newsletter, and receive a free report: "Why YOU need a home business of your own RIGHT NOW."