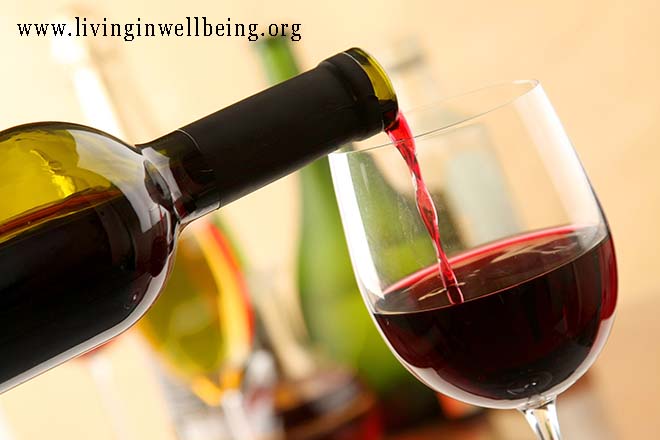 The alcohol and drug problem in this country is huge and most of the standard addiction recovery and treatment programs aren’t working. Consider the following:

CRIME: 25% of all prison inmates are there for drug related crimes. 16.4% are in prison for committing crimes to get money for drugs. 47% of crimes were committed while a person was on drugs or alcohol.

SEX: A lot of the sex outside of marriage wouldn’t happen if it weren’t for alcohol or drugs being used to try to drown out guilt and fear (which are natures feedback to try to stop us from doing something against its perfect order). And nature does other harsh things to try to stop sex outside of marriage. USA Today reported that shockingly, 1/2 of everyone under 25 years old in the United States has had an STD (Sexually Transmitted Disease). The U.S. Dept. of Health reports that there are 1.1 million current cases of AIDS/HIV in the United States. (So obviously, it needs to be recognized that nature is hostile towards sex outside of a monogamous, heterosexual marriage, which is the only sexual setting that nature doesn’t try to stop via harsh consequences). 80 percent of unmarried teen mothers end up on welfare, costing this country $7 billion annually. And a University of Georgia study reports that of those individuals who experienced unwanted sexual intercourse in the last year, 92.1% had been under the influence of alcohol or drugs.

ACCIDENTS: Alcohol is involved in 50% of all driving fatalities. In the United States, every 30 minutes someone is killed in an alcohol or alcoholism related traffic accident. That amounted to 17,488 people last year alone.

MENTAL ILLNESS: Fifty percent of the mentally ill population has a substance abuse problem. In fact, 22 million Americans suffer from substance dependence or abuse due to drugs, alcohol or both, according to the Department of Health and Human Services.

EMOTIONAL HEALTH: The general emotional health of the public is very poor, as is evidenced by the high divorce rate and a teen suicide rate that is higher than the other 26 industrialized nations combined. Other indicators of the general state of the heart of America come from its entertainment industries: the shocking and harsh experiences in the movies, the rampant dysfunction on television, and the high percent of bad feelings (and the big void of good feelings) that come out of the music industry.

Now that’s the bad news. The good news is that there is a solution to all of this. That solution starts with understanding what the basic problem is. The basic problem behind alcoholism and drug abuse is that people aren’t finding happiness and fulfillment naturally. So then they attempt to achieve happiness and fulfillment (or escape their unhappiness and emptiness) by using alcohol or drugs. But those bandaids usually end up leading to a lot more unhappiness, health problems, financial problems, relationship breakups, legal problems, etc. A lot of hidden damage is done while in a stolen euphoria. But obviously those risks aren’t enough to outweigh the problems in a person's emotional state or the lacking in their life that cause them to overlook the risks and dangers of alcohol and drug use.

So then, WHY are people so unhappy or unfulfilled that they would make that choice? The answer is simple: they are not operating in harmony with the natural design of their being. It starts with the fact that if a person has his or her natural drives unsatisfied for more than a normal period of time while searching for satisfaction, over time the frustration and lack of hope from this can cause them to become more dulled and depressed and even sleepy and prone to drugs to try to make his or her self feel good and not feel bad.

But, the good news is that the continual unnaturalness that led to this bad state can be reversed. And the process that will awaken them, enliven them and make them even feel good and excited about their life. The reason is that they are given hope that there is a real solution for their problems…and then they actually get satisfaction by carrying out that solution.

Teaching a person how to be happy naturally and in harmony with the real design, meaning and purpose of their life is the key to how they get the strength, joy and deep fulfillment that is necessary for them to have no inclination for alcohol or drugs. But, that’s easier said than done, and can only happen within THE natural design of how we were made to be. That means first knowing what that design is. That can be a difficult thing to do in this world because there is a great amount of debate and disagreement as to what that design really is. But ‘the world in general, obviously has it wrong if there exists such a huge drug and alcohol problem and poor social statistics.

Having been in the top echelons of the music business as a former member of Sly & The Family Stone and The Elvin Bishop Group, I know alcohol and drug abuse well. But after experimenting with 22 approaches to lifestyle and personal growth, I became free from alcohol and drugs 24 years ago (after 18 years of use). I finally realized that fighting nature is not a battle that anyone can win and be happy. Therefore why even try? Understanding and flowing with the natural order is how to make inner, outer and social life work at their best. But like I said, that is a task that is easier said than done, given that the mainstream culture in general is not in harmony with the natural order and is tolerant of a lot of dysfunction. Therefore, if a person wants to be free from a weakness for alcohol or drugs, they will have to go through a re-orientation of how the mind, heart and body are designed to function, and they will have to know how to have the strength and vision to transform into that design. My self-help Addiction Free Forever program shows how to do all of those things.

This article uses statistics to show how widespread and devastating the alcohol and drug abuse problems are in our society and the need for effective addiction recovery programs.