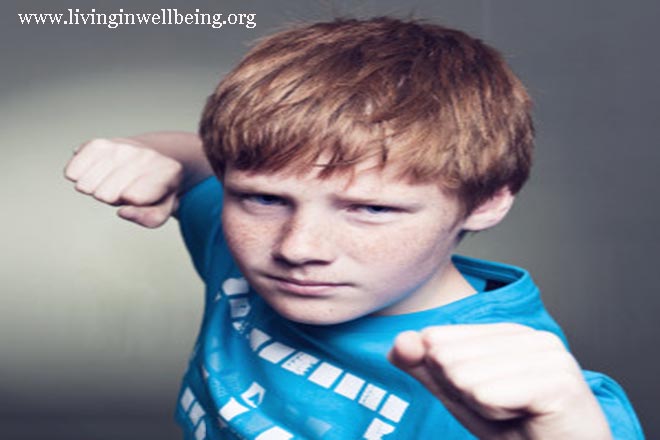 Anger comes from the Latin word, angere, which means "to strangle." Anger strangles us on a number of different levels. It is the emotion which is probably the most familiar to the majority of us. A consistent finding in those who have low self-esteem, migraines, ulcers, heart attacks, substance abuse problems, troubled work and interpersonal relationships and frequent job loss is that they are unable to master their anger. Rather than controlling their anger, their anger controls them. While anger is not the sole cause of these problems, the constant appearance of anger in such individuals indicates that it is a prime factor in all of these problems.

Too much anger is toxic. Anger and hostility result in dis-ease of all types. It is physically arousing and has damaging physiological correlates, such as increased heart rate, more cortisol (a stress hormone) dumped into your system, muscle tension, headaches, decreased mental clarity and clogged arteries.

Anger signals the fact that something or someone has come between you and a desired goal of yours. It is a call to action. The goal may be as simple as trying to get home during rush hour. Yet, when another driver rudely cuts you off on the freeway, your anger rears its head.

The emotion anger is frequently confused with the actions you take while angry. This doesn't happen with fear. You don't confuse the emotion fear with the act of running away. However, anger is nearly always thought to be negative and destructive, despite the fact that anger itself is merely a feeling. Anger, in and of itself, if not acted upon, is instructive, not destructive. Anger can be a good thing. However, for anger to be positive, you must first learn to manage your emotions. Then you have a choice as to how to respond to anger's signal.

The first type is anger directed inwardly at oneself. The anger sits inside and burns and festers. After enough anger has been turned inward, it eventually leads to inappropriate angry outbursts at undeserving and unsuspecting people. Studies show that most people turn 90% of their anger inwards at themselves. Most of this anger is an attempt to control and contain the frightening emotion of anger. Anger can lead us to rage-filled, uncontrollable behaviors. Rather than feel the anger, honoring the feeling, and releasing it, most of us bottle it up. This stuffed anger is toxic and leads to all sorts of negative health outcomes. It also leads to displaced anger where you get angry with the wrong person, at the wrong time, and to the wrong degree.

A second type of anger is directed outward. This type of anger builds upon itself and can frequently lead to rage. This form of outward-directed anger is typically displaced onto the wrong person, at the wrong time and in the wrong manner.

Both of the first two types of anger are destructive. Destructive anger includes anger that is directed inward and never released and anger that is inappropriately directed outward at others. Anger directed at others may be inappropriate in terms of its target (Are you directing your anger at the right person?), its intensity (Is the degree of anger in keeping with the offense?), its timing (Is this the best time to make your anger known?), and the manner in which it is communicated (Is this the best way to communicate my anger?).

The third type of anger exists in tandem with sadness and most closely resembles disappointment. Disappointment usually involves a judgment that has not been met. Judgments cause trouble for everyone. Judgments usually involve an element of moral superiority, as if you know what is best for someone else. Stay away from judgments.

The final type of anger is the type used as a positive motivator to act to remove an obstacle that is preventing you from reaching a goal. This type of anger can be a constructive anger, that is, an anger that is quickly released and prompts you to act in a positive manner to remove the obstacle from your path.

Constructive anger actually provides you with a persistent attitude which enables you to push forward to solve a given problem. These four types of anger have been demonstrated via several methods - reports from subjects in scientific studies, physiological evidence, and behavioral data.

When increasing your emotional awareness, part of the task is to learn the variety of subtle emotional differences within one family of emotion. The better equipped we are to make subtle differentiations within an emotion, such as anger, the better able you are to share with others the degree of feeling you are currently experiencing. With that in mind, let us turn to the bodily cues that anger provides us.

In order to stop the cycle of anger, you have to tune in to the early warning signs. So pay attention! When you begin to feel angry, blood flows to your hands and feet, making it easier to strike at your perceived enemy, your heart rate increases, a rush of adrenaline kicks in and your body prepares for forceful action. Anger causes a surge of chemicals (catecholamines) which creates a quick, one-time rush of energy to allow for one brief shot at physical action. Meanwhile, in the background, another batch of chemicals, including cortisol, is released through the adrenocortical branch into the nervous system that creates a backdrop of physical readiness. This emotional undertone lasts much longer than the initial one-time surge and can last for days. This undertone keeps the brain in a special state of overarousal building a foundation on which reactions can occur with great speed.

Compassion as the Antidote to Anger

If you want to reduce your anger, think of the universe as compassionate and nurturing. As such it is designed to reward compassionate, nurturing behaviors in individuals. Compassion transcends both natural human sympathy and normal Christian concern, enabling one to sense in others a wide range of emotions and then provide a supportive foundation of caring. Compassion occurs when a person is moved by the suffering or distress of another, and by the desire to relieve it. Compassion is empathy, not sympathy. It is the identification with and the understanding of another's situation, feelings, and motives. This ability to put yourself in the other person's shoes serves as the perfect antidote to anger in which one perceives an obstruction to one's goals.

The goal is to understand the situation from the perspective of the other person. Often this involves interpreting the situation with a large degree of grace. For example, I am driving 75 miles per hour in the fast lane. A car comes up behind me doing 100 mph. The driver comes inches from my rear bumper in a desperate attempt to get me to move aside. At this point, my former interpretation was "That idiot! What does he think he's doing? I'm going 75! I'll show him." And then I let off the gas to slow down ever so slightly. My current interpretation is "He's probably trying to get to the emergency room. Perhaps there has been an accident." And I change lanes and let him by. No anger.

You can learn to be less angry and, as a result, more happy. It takes time. It takes practice. It takes awareness. And it's worth every ounce of effort you put into it.

About the Author - Dr. John Schinnerer

Dr. John Schinnerer is President and Founder of Guide To Self, the executive coaching company that focuses on helping executives manage anger and stress using mindfulness, attentional control and positive psychology. He holds a Ph.D. in psychology from U.C. Berkeley. Dr. Schinnerer coaches executives, individuals and groups to their potential using the latest in scientifically proven interventions. Most recently, Dr. John Schinnerer hosted over 200 episodes of Guide To Self Radio, a prime time radio show on positive psychology and emotional management, in the San Francisco Bay Area.

Dr. Schinnerer also serves as President of Infinet Assessment, a psychological testing company (http://www.infinetassessment.com). Infinet was founded in 1997 to examine what competencies make individuals successful in the workplace. Infinet has worked with companies such as UPS, CSE Insurance, and Schreiber Foods.

Dr. Schinnerer wrote the award-winning book, "Guide To Self: The Beginner's Guide To Managing Emotion and Thought," to help individuals manage destructive emotions and find happiness in life. He has written articles on corporate ethics, sports psychology, and EQ in the workplace for Workspan magazine, HR.com, and Business Ethics. He has given numerous presentations, radio shows, interviews and seminars to tens of thousands of people for organizations such as Kaiser Permanente, Yahoo, Microsoft, Starbucks, SHRM, NCHRA, KNEW and KDIA. Dr. Schinnerer sits on the Advisory Board for PsychCentral.net - one of the top three sites on the web for psychology.