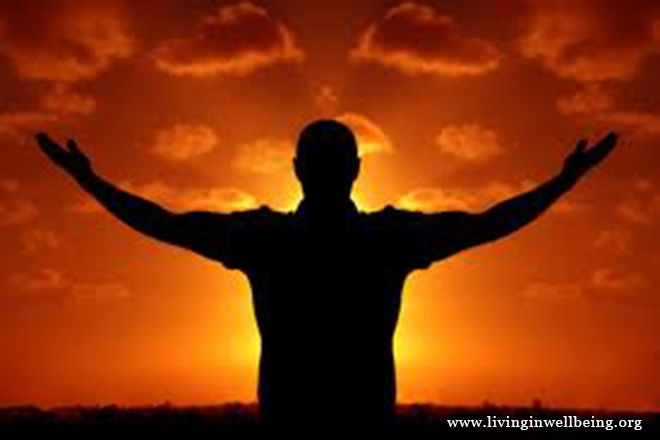 Human life is more than the sum of its parts. It isn't just the things we can count, like birthdays, lovers, and bank balances. For every quantitative measure of human existence, there is a qualitative dimension as well. [1]

People tend to equate quality of life with abundance. [2] Although these two things aren't the same, the confusion is understandable. That is because there is a profoundly mysterious relationship between the qualitative and quantitative dimensions of human existence. It is almost certainly a connection that surpasses human understanding, but it holds the key to important truths that we ignore at our peril.

At the level of material well-being, we all know that the consumer society has produced an avalanche of ways to satisfy human appetites. People have more things now than at any other time in recorded history. Wherever we turn, we are presented with the image of one more thing to desire and one more thing to acquire.

Yet, many of us have found that something is missing from an exclusively materialistic way of life. As we acquire more and more things, we discover that something else is necessary to give meaning to life. [3] A law of diminishing returns seems to operate in the quantitative dimension of human existence; but that law either does not operate at all in the qualitative dimension, or it operates in a very different way.

Perhaps part of the explanation lies in our biology. What happens, for example, when we fixate on a particular song, even one that strikes us as exceptionally beautiful when we first hear it? If we play the song repeatedly, it soon begins to fade into the background of our consciousness. Ultimately, it becomes not only less noticeable, but also less important. The old adage "familiarity breeds contempt" apparently reflects a deep cognitive truth about human beings.

But this truth presents a conundrum. Why should the mere repetition of something alter not only our sense of perception, but also our sense of appreciation? To put the matter another way, how is it that purely quantitative changes can qualitatively transform a situation? [4] Perhaps we will never discover a satisfactory answer to that question, but the relationship between the quantitative and qualitative dimensions cannot help but intrigue us.

That relationship is part of the very fabric of human life. We stumble upon it when we realize that a pot of liquid sitting on top of a lighted burner is transformed into a qualitatively different state (gas) when the burner is turned up one more notch. [5] We discover it in the Dose-Response Relationship in medicine, when we use the venom of a pit viper to treat a stroke patient, knowing that if we use too much we can kill rather than cure the patient. [6] It is so omnipresent in our experience that it has even been reduced to an adage. "The straw that broke the camel's back" reminds us that, at a certain point, a difference in degree becomes a difference in kind.

And, yet, for all of its many manifestations, we somehow still cannot quite fathom the underlying nature of the connection between the quantitative and qualitative dimensions. It magically emerges from the inside of reality, but like a song played repeatedly it is transparent to ordinary consciousness. So what does this mysterious connection betoken in our lives? And does it suggest any truths we would do well to acknowledge?

Perhaps the ancient Greeks supplied an answer. In the dialogue Charmides, Plato discusses something called sophrosyne. Roughly translated, this refers to the Greek ideal of "everything in moderation, nothing in excess." The Chinese, too, for thousands of years have advocated the ideal of balance in human affairs. In all aspects of human life, they say, balance is the key to harmony.

We in the West have also become aware that if we don't harmonize how we live our lives, we will create imbalances that threaten not only the quality of life, but life itself. In his book, Understanding The Psychology of Joy, Robert Johnson put it this way: "Craving spiritual ecstasy, we mistakenly seek material fulfillment. We chase after a phantom, and when we catch it - in the form of more money, more food, more sex, more drugs, more drinks, more oblivion - we find that we have been chasing ephemeral happiness when we should have invited lasting joy."

So, the lesson is clear. We read it in our holy books and sacred writings. It's whispered by poets, preached by sages, and proclaimed by prophets. On the one hand, we have the qualitative dimension, which gives life its flavor and meaning, and without which human life isn't worth living. On the other hand, we have the quantitative dimension, the things that we occupy ourselves getting and keeping, and without which human life isn't possible. In order to live our lives well, we must bring ourselves into a state of conscious regard for both of these dimensions. Neither can be allowed to command our allegiance at the expense of the other.

Jesus understood this truth when he said "Render therefore unto Caesar the things which be Caesar's, and unto God the things which be God's." In this direct and simple fashion, he invited us to harmonize our lives by embracing the connection between the quantitative and qualitative dimensions of human existence. To refuse that invitation is to degrade our experience of life. To accept it is to begin the awakening.

[1] Ralph Waldo Emerson put it this way: "We live in succession, in division, in parts, in particles. Meantime within man is the soul of the whole. Only by the vision of that Wisdom can the horoscope of the ages be read."

[3] "Far different is the view," observed the Roman philosopher and statesman, Marcus Tullius Cicero, "of those who, like brute beasts, refer everything to sensual pleasure. And no wonder. Men who have degraded all their powers of thought to an object so mean and contemptible can of course raise their eyes to nothing lofty, to nothing grand and divine."

[4] In his work Dialectics of Nature, the German philosopher Frederick Engels describes three "laws of nature." The second of these has been characterized as "the law of the passage of quantitative changes into qualitative changes." Engels owed this idea to Georg Wilhelm Friedrich Hegel, another German philosopher, who borrowed it from Aristotle. Today, it is equated with what scientists call phase transitions, and its provenance is said to extend back to the ancient Ionian philosophers, particularly Anaximenes of Miletus.

[5] The science of Complex Systems, which utilizes methods of nonlinear dynamics, is preoccupied with the study of such phenomena.

[6] Three and a half millennia ago, Paracelsus noted that "All substances are poisons; there is none which is not a poison. The right dose differentiates a poison and a remedy"
About the Author

Jed Gladstein is an attorney, author and educator.