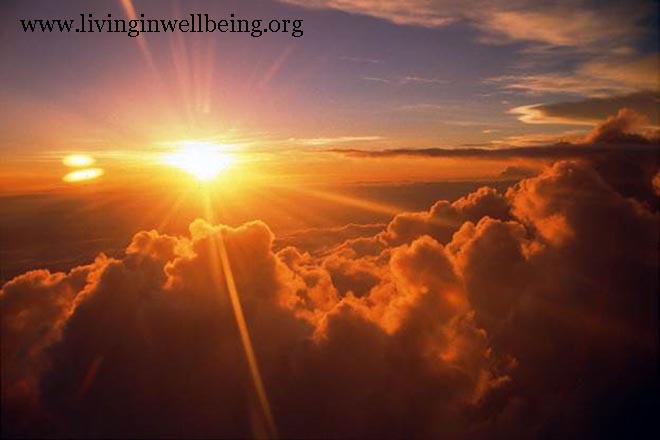 In 1990 I received a calling to go to India with my good friend and partner Jim Smith. I closed down my business, packed away a few belongings and said goodbye to my family and friends to meet up with my first guru, Yogiraj Vethathiri Maharishi ("Swamiji"), a Kundalini Master from an ancient lineage in the Tamil Nadu state in South India. I had been apprenticing with Swamiji for five years and it had been at his suggestion we created The Self Awareness Institute back in 1985 to teach these methods of enlightenment to a western world in a western way.

During those first few months staying at Swamiji's ashram in a suburb of Madras I began to notice a profound shift in my awareness. While sitting in meditation 12 hours at a time each day, my awareness was liberated from my mind and the presence of God was no longer objectified by my mind or limited by it. His gift to me was the presence felt in his presence, a natural state of being that was not subjugated by the mind and sensesâ€¦a perfect peace. A peace that had always been, and is, unchanging, but now the mind was aligned and at peace with it. Nothing actually happened, it just is, but my mind was at peace with it at last.

After receiving Swamiji's blessings, I left the ashram to pay my respects to the Arch Yogi Sri Sri Sri Shivabalayogi Maharaj (also "Swamiji"). A yogi I originally heard about from Satya Sai Baba and Satchan Charan Lahiri, of the Kriya lineage, who both encouraged me to see him. This yogi had sat in samadhi for 23 hours a day for 8 years of his life, and then for 12 hours a day for another 4 years, and had tremendous powers to heal and enlighten through the transmission of this Shakti, or life force energy, called Shaktipat. It was this Yogi that supercharged my own sadhana, or meditative practice, and had me increase my Shakti through what is called Yoga Tapas.

While sitting in Bangalore, India, Sri Swamiji had me increase my sitting time up to 16 hours, 20 hours, and then up to 23 hours a day for 40 consecutive days and nights. Under his guidance my body and mind was being developed to be a vehicle of this Divine Love, or Darshan, and upon completing this training he installed me into his lineage and gave me his blessings to give Shaktipat. Shaktipat is what you feel on the free intro calls we hold each month. Upon completing this Yoga Tapas I was given a revelation of the impending awakening of consciousness that is presently occurring throughout the collective consciousness of humanity. It is this revelation that is shared in my new book The Awakening: An Evolutionary Leap in Human Consciousness that has just been re-released. You are part of this awakening as is evidenced by your reading of these words. I hope you enjoy the book and join us in uplifting the consciousness of the planet. May the whole world live in happiness and peace.

From the heart, Steven S. Sadleir
About the Author

Steven S. Sadleir is the Director of the Self Awareness Institute and is recognized as a Shaktipat Master in two lineages. He has developed powerful distance learning programs for people of all cultures and faiths, trained thousands of people from all over the world, and welcomes all of you who are ready for full Self-Realization.