Home / Self-Improvement Tips / The 21 Rules of the Rich 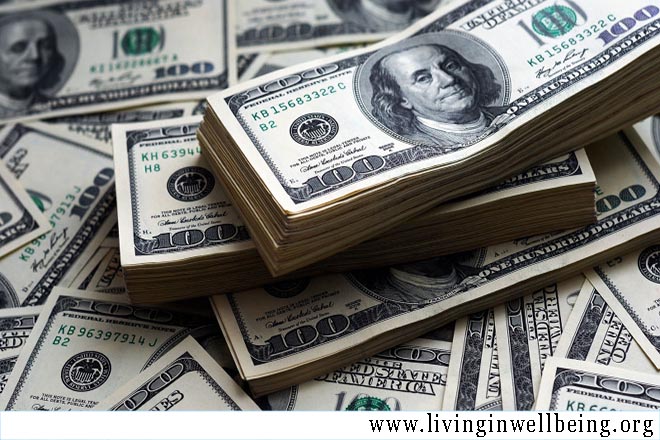 I recently ran across this article entitled 21 Ways Rich People Think Differently Than Average People based on a book called How Rich People Think. I was immediately struck by the similarities between the writing on Bold and Determined and the thoughts of the rich elite. The 21 rules of the rich are in bold and my thoughts are underneath.

Average fellas are SCARED of money. You read that correctly. FEAR of money. You’ll hear average fellas say things like “I would never try and make money from this. I would never do this just for the money” etc. Like money is AIDS and they would never try and get it. Everyone needs money because money is freedom. This fear of money is a one-way ticket to average town. Everyone needs money, there is no damn reason to make excuses or justify it or be afraid of it. I want money. This is how I make my money. Deal with it. Don’t be ashamed of your need or want for money. Get out there and take it and leave the excuses for average Joe.

Everyone is selfish, but there are two types of selfishness: overt selfishness and covert selfishness. You want to be OVERTLY selfish. Covert selfishness is for chicken shits. When you come right out and say “I want it my way and I’ll have it my way” you will get what you want. When you play the covertly selfish guy, also known as nice guy syndrome, you are only going to get shit on. Nice guys aren’t nice guys, they’re chicken shits. They want the same thing overtly selfish guys want, money and women, but they’re too scared to come right out and demand it so they play nice and hope they’ll be able to manipulate that outcome. But it won’t happen, it’ll never happen. You want it? Take it. You want to eat shit? Play the nice guy game.

I hear these losers all the time, “if I could just win the lottery. If I could just get a chance. If my big break would come in” and blah blah blah. I don’t expect anything to be given to me. If I want it you can be damn sure I’ll go and get it. Play your stupid lottery, sit on your stupid couch in front of your stupid tv, and make your stupid excuses. Someone else is out there kicking ass and taking what is rightfully his.

Some people call it planning for the future, I like to call it visualization. Visualize the future and how you will be. Actually, see yourself as you wish to be. The things we think tend to become reality (assuming you aren’t a delusional narcissist).

“Things used to be so great, but nowadays….” Forget that nonsense and mould your future the way you want it.

Money is like an extra emotion to poor people. They always have “money problems” and they’re always whining about it. For some damn reason they can’t ever have enough to pay rent and the car payment and the damn electric bill. I have been poor many times but I’ve never been so poor I couldn’t pay my bills and I’ve never been so poor I cried about it. Forget about money as emotion, it’s just a damn game making money. Think about it like you think about your next 15 chess moves. Don’t be like these idiots living paycheck to paycheck and never having enough. Here’s a simple solution: If you’re poor…..DOWNSIZE!

…and then get to work, plan ahead, and quit spending your money on nonsense.

I don’t like the word passion, that’s a word for women’s romance novels, the correct word is an obsession. Rich people follow their obsessions to the edge of the earth and beyond. Average people can’t understand this because their obsession stops at their favourite sports team or tv show or smoking pot or some other nonsense. 4 Hour Work Week is a cool little motivational book but you can’t take the title literally. If you’re going to find success in your field you are going to spend every waking minute thinking about it, you will have to be obsessed. Forget relaxing, forget taking a break, just give in to the obsession.

8) Average people set low expectations so they’re never disappointed. Rich people are up for the challenge.

“Hey man, don’t worry about it. It’s no big deal. You expect too much. Let’s just watch the game!“

I have no time for this type of person. How any man could live his life so pathetically free of any and all challenge is beyond me. You get the same types in the gym. Type A is afraid to exert any real energy and Type B will go all the way. Type B will have the physique to show for it.

“Be the type of motherfucker that gets rich“.

Be a damn killer and go get it.

I’ll tell you boys, I made my first money using NONE of my own money. Not a penny. Where there’s a will, there’s a way. If you want it bad enough, as in you are obsessed with it, you will get it. Even if you only have $12 to your name, makes no difference.

“I can’t make money because I don’t have any money“. Sounds pretty stupid, doesn’t it?

“I have to make money because I don’t have any money” sounds much better.

11) Average people believe the markets are driven by logic and strategy. Rich people know they’re driven by emotion and greed.

I have no time for these people who constantly talk about logic and strategy. “I like logic. I deal with things logically.” Logic is only one part of the picture. If you look at everything logically you aren’t looking at the big picture and I’ll tell you why. Most people in the world do not think logically, they think emotionally. When you speak to them logically you are not getting through to them.

Most people in the world are dummies and they don’t think logically, they can’t think logically. But these “I’m so logical” types always assume that everyone else also thinks “logically”. If you think they think logically you are thinking like a dummy. Not everyone thinks like you, in fact most people don’t even think. They just react. They’re idiots and shouldn’t be treated like they are masterful logicians, and they shouldn’t even be assumed to understand logic. Logical thinking is only half the puzzle.