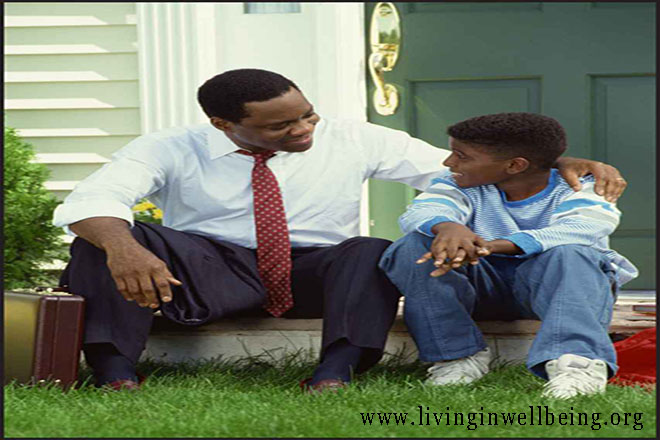 Most teenagers have concerns about being accepted by their peers, but many teens with ADHD have come to expect some social rejection due to their difficulties with controlling their behavior and understanding others’ social signals. Social issues encountered in childhood can become worse in adolescence, with the intensity of any rejection or bullying increasing during the teenage years. This rejection can negatively affect both academic performance and emotional health—and can be, in fact, much more troubling to him than making poor grades in school. He also may appear emotionally immature compared with classmates, and sometimes he’ll be more comfortable interacting with younger peers or when spending time with adults who may show greater acceptance of his immature actions.

As with academic challenges, however, difficulties with social interaction can often be helped by having adolescents learn specific skills. You learned a number of ways to teach younger children how to interact positively with others, including role modeling, role-playing, analyzing interaction, and practicing new techniques. Now, in adolescence, your child is likely to experience new motivation to improve his social life, and advice about social issues is now more often sought from peers than from parents.

Friendships
Teenagers with ADHD can certainly have the close friendships that are important for their happiness and self-esteem. A teenager’s targeted efforts to increase the accuracy of his social perceptions and monitor his social interactions may make this easier for him. As he develops friendships, support this by allowing his friends to hang out in your home and help to provide the kind of supportive environment that facilitates all friendships. Observe how the friends relate to one another, and provide tactful feedback later if you feel that it will be received in a positive and constructive manner. Teenagers with ADHD need to be increasingly aware that friendships take organizational skills too—returning phone calls, arriving at meeting places on time, and following through on plans.

Conflict Resolution
It is important for your teenager to learn how to resolve conflict without resorting to physical fights, and how to avoid becoming the target of others’ aggression. Again, resolving conflict can be a difficult teenage task if his impulsiveness causes him to strike out when he gets upset. An important step in avoiding this problem is to identify his own anger cues and to brainstorm in advance about the kinds of positive solutions he can apply to future conflicts.

If this is an issue with your teenager, through discussions with you and peers; post-conflict analysis; and sessions with a counsellor, therapist, or social-skills instructor, he can learn to “talk himself down” when he finds himself in a frustrating clash of wills (“I’m going to take three deep breaths and think about my best choice in this situation before lashing out.”). He can also practice conflict-prevention techniques, such as providing an alternative (“How about if we go bowling first and then see a movie?”), adding provisions (“OK, you can drive, but then I get to decide on the restaurant.”), or changing the subject (“I’m starving. You want to get some pizza?”).

Once your child has learned a few of these specific techniques, he may be surprised at how effective they are in helping him avoid the crises that used to disrupt his social life. If you are seeking counseling in this area, the most proven approach is through cognitive-behavioral therapy—this is a type of talk therapy that views behavioral issues as related to the interaction of thoughts, behaviors, and emotions. In cognitive-behavioural therapy, the therapist and adolescent will work on identifying and directly changing behaviors that are problematic.

Working on Social Skills
As with other learning processes, your teenager can hone his social skills and interaction by

Developing a list of specific target behaviors to work on
Outlining a step-by-step plan to address each one
Receiving consistent, tactful feedback from you, his peers, and his teachers
Learning such techniques as identifying cues that set off his anger, analysis of others’ social interaction, social role-playing, etc
Getting training in anger management or social skills, or treatment in individual or group therapy, when appropriate
Receiving treatment for any coexisting conditions that may affect his social interaction
Getting positive feedback for improvement in targeted social skills
Staying involved in rewarding prosocial activities
That said, it is also true that many people with ADHD continue to have trouble with certain social interactions throughout adolescence and into adulthood. Whether or not this is the case with your teenager, make it clear that you support him no matter what. Nothing will be more difficult for him than overcoming social rejection. It will mean a lot to your teenager to know that you will always be in his corner. Keep in mind that even teenagers who are socially unhappy in high school go on to find rewarding friendships in college or work situations.

Your Teenager’s Emotional Development
It is easy to see how academic, social, and family strains can create a heavy emotional burden for adolescents with ADHD. Low self-esteem caused by academic failure and social rejection can lead to depression, defensiveness, pessimism about the future, hostility, and physical aggression. Combined with ADHD-related impulsiveness, it can pave the way for unsafe sexual activity; alcohol, tobacco, or drug abuse; and other high-risk behavior.

Take a moment to consider your teenager’s emotional state. Does he spend nearly all of his time alone in his room? Does he seem sad nearly all the time, or irritable? Is his anger starting to get out of hand? Has he been suspended from school more than once this year, or are you receiving reports of inappropriate behavior? If so, discuss these issues with your adolescent and bring them up at follow-up sessions with his pediatrician. Anxiety and depressive disorders should be thought of any time an adolescent’s social, academic, or behavioral functioning starts to deteriorate without an obvious explanation.

In teenage years depression and anxiety increase significantly in individuals with ADHD. Whereas in childhood the number of boys and girls who experience depression are about equal, in adolescence the number of girls outnumber boys by 2 to 1. The sooner an adolescent’s depression, anxiety, anger, substance use, etc, is recognized, the greater the chances that the situation can be resolved before worse problems develop.

Risk Taking
Adolescence is a time when all teenagers are prone to testing limits and engaging in risk taking. Adolescents with ADHD and an impulsive style are especially prone to taking risks. Surveys have shown that teenagers with ADHD can have an earlier age of first intercourse, more partners, less use of birth control, and more sexually transmitted infections and teenage pregnancy than their peers. Education about these issues in the preteen years and continuing guidance now can really pay off.

It is a known fact that teenage driving accidents go up progressively with the number of people in the car. Parents may put limits on how many teenagers can travel in the car when your teenager is behind the wheel, particularly in the first year or two of driving. Discuss safe driving at home. Where medication is found helpful in cutting down on impulsivity, it makes sense to have a rule that teenagers who respond well to medication make sure that their medication schedule includes driving times.

Finally, as with any teenager it makes ultimate sense to have a “parent taxi” understanding. Even if use of alcohol or drugs is never condoned by parents, develop an understanding that it is always safe for your teenager to call you and ask you to pick them up if they are even minimally impaired from these substances.