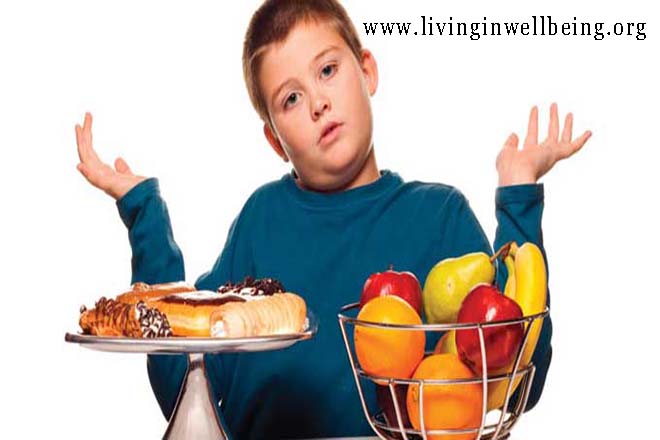 Overweight and obesity together represent the second leading preventable cause of death in the United States. Obesity is a serious, chronic disease that can inflict substantial harm to a person's health. Overweight and obesity are not the same; rather, they are different points on a continuum of weight ranging from being underweight to being morbidly obese. The percentage of people who fit into these two categories, overweight and obese, is determined by body mass index (BMI).

Public health professionals agree that overweight and obesity have reached epidemic proportions in this country. Public health officials say physical inactivity and poor diet are catching up to tobacco as a significant threat to health. According to the most recent data from the 2003-2006 National Health and Nutrition Examination Survey, one out of five or 17 percent of U.S. children, ages 6 to 19, are overweight or obese. In addition, more than two-thirds of the U.S. population is overweight or obese--over 64 percent of women and 72 percent of men. However, for the first time in decades, the prevalence of U.S. adult obesity is not rising.

BMI is a measure of weight proportionate to height. BMI is considered a useful measurement of the amount of body fat. Occasionally, some very muscular people may have a BMI in the overweight range. However, these people are not considered overweight because muscle tissue weighs more than fat tissue. Generally, BMI can be considered an effective way to evaluate whether a person is overweight or obese.

What causes obesity?
In many ways, obesity is a puzzling disease. How the body regulates weight and body fat is not well understood. On one hand, the cause appears to be simple in that if a person consumes more calories than he or she expends as energy, then he or she will gain weight.

However, the risk factors that determine obesity can be a complex combination of genetics, socioeconomic factors, metabolic factors, and lifestyle choices, as well as other factors. Some endocrine disorders, diseases, and medications may also exert a powerful influence on an individual's weight.

Factors which may influence the occurrence of obesity include, but are not limited to, the following:

Genetics--Studies have shown that a predisposition toward obesity can be inherited. Although researchers have identified several genes that appear to be associated with obesity, most believe that one gene is not responsible for the entire obesity epidemic. The majority of current and future research aims to better understand the interaction between these gene variations and our ever-changing environment in the development of obesity.
Metabolic factors--How a particular person expends energy is different from how someone else's body uses energy. Both metabolic and hormonal factors are not the same for everyone, but these factors play a role in determining weight gain. Recent studies show that levels of ghrelin, a peptide hormone known to regulate appetite, and other peptides in the stomach, play a role in triggering hunger and producing a feeling of fullness (satiety).
Socioeconomic factors--There is a strong relationship between economic status and obesity, especially among women. Women who are poor and of lower social status are more likely to be obese than women of higher socioeconomic status. The occurrence of obesity is also highest among minority groups, especially among women.
Lifestyle choices--Overeating, along with a sedentary lifestyle, contributes to obesity. These are lifestyle choices that can be affected by behavior change.
Eating a diet in which a high percentage of calories come from sugary, high-fat, refined foods promotes weight gain. And, as more U.S. families eat on the go, high-calorie foods and beverages are often selected.
Lack of regular exercise contributes to obesity in adults and makes it difficult to maintain weight loss. In children, inactivity, such as watching television or sitting at a computer, contributes to obesity.
Who is affected by obesity?
Physical factors contributing to excess body fat in adolescents include the following:

Increased insulin levels
Elevated lipid and lipoprotein levels
Elevated blood pressure
Behavioral and other factors contributing to a positive energy balance stored as fat over long periods of time include the following:

Excessive intake of high energy foods
Inadequate exercise in relation to age
More sedentary lifestyle
Low metabolic rate
Increased insulin sensitivity
What are the symptoms of obesity?
The following are the most common symptoms that indicate an adolescent is obese. However, each adolescent may experience symptoms differently. Symptoms may include:

Health effects of obesity
Obesity has a far-ranging negative effect on health. Each year obesity-related conditions cost over 100 billion dollars and cause premature deaths in the U.S. The health effects associated with obesity include, but are not limited to, the following:

High blood pressure--Additional fat tissue in the body needs oxygen and nutrients in order to live, which requires the blood vessels to circulate more blood to the fat tissue. This increases the workload of the heart because it must pump more blood through additional blood vessels. More circulating blood also means more pressure on the artery walls. Higher pressure on the artery walls increases the blood pressure. In addition, extra weight can raise the heart rate and reduce the body's ability to transport blood through the vessels.
Diabetes--Obesity is the major cause of type 2 diabetes. Obesity can cause resistance to insulin, the hormone that regulates blood sugar. When obesity causes insulin resistance, the blood sugar becomes elevated. Even moderate obesity dramatically increases the risk of diabetes.
Heart disease--Atherosclerosis (hardening of the arteries) occurs more often in obese people compared to those who are not obese. Coronary artery disease is also more prevalent because fatty deposits build up in arteries that supply the heart. Narrowed arteries and reduced blood flow to the heart can cause chest pain (angina) or a heart attack. Blood clots can also form in narrowed arteries and cause a stroke.
Joint problems, including osteoarthritis--Obesity can affect the knees and hips because of the stress placed on the joints by extra weight. Joint replacement surgery, while commonly performed on damaged joints, may not be an advisable option for an obese person because the artificial joint has a higher risk of loosening and causing further damage.
Sleep apnea and respiratory problems--Sleep apnea, which causes people to stop breathing for brief periods, interrupts sleep throughout the night and causes sleepiness during the day. It also causes heavy snoring. Respiratory problems associated with obesity occur when added weight of the chest wall squeezes the lungs and causes restricted breathing. Sleep apnea is also associated with high blood pressure.
Cancer--In women, being overweight contributes to an increased risk for a variety of cancers including breast, colon, gallbladder, and uterus. Men who are overweight have a higher risk of colon and prostate cancers.
Metabolic syndrome--The National Cholesterol Education Program has identified metabolic syndrome as a complex risk factor for cardiovascular disease. Metabolic syndrome consists of six major components: abdominal obesity, elevated blood cholesterol, elevated blood pressure, insulin resistance with or without glucose intolerance, elevation of certain blood components that indicate inflammation, and elevation of certain clotting factors in the blood.
Psychosocial effects--In a culture where often the ideal of physical attractiveness is to be overly thin, people who are overweight or obese frequently suffer disadvantages. Overweight and obese persons are often blamed for their condition and may be considered to be lazy or weak-willed. It is not uncommon for overweight or obese conditions to result in persons having lower incomes or having fewer or no romantic relationships. Disapproval of overweight persons expressed by some individuals may progress to bias, discrimination, and even torment
How is obesity diagnosed?
Obesity is diagnosed by a doctor. The body mass index (BMI) is usually used to define obesity in adolescents. Two categories are defined, including the following:

BMIs at the 95th percentile or more for age and sex or BMIs of more than 30 (whichever is smaller). BMI findings in this category indicate the need for a complete medical work-up.
BMIs between the 85th and 95th percentile or BMIs equal to 30 (whichever is smaller) suggest a second level screening which includes evaluation of five areas of health risks including the following:
Family history of cardiovascular disease, parental elevated total cholesterol, diabetes, parental obesity
Elevated blood pressure
Total cholesterol level
Large increases in BMI assessments from year to year
Concerns about weight, including personal (emotional or psychological) concerns related to weight and perception of self as overweight
Treatment for obesity
Specific treatment for obesity will be determined by your adolescent's doctor based on:

Your adolescent's age, overall health, and medical history
Extent of the condition
Your adolescent's tolerance for specific medications, procedures, or therapies
Your opinion or preference
Treatment for obesity in adolescents may include the following:

Nutritional and individual diet counseling
Modification of diet and caloric content
Increased exercise or participation in an appropriate exercise program
Behavior modification
Individual or group therapy focused on changing behaviors and confronting feelings related to weight and normal developmental issues
Support and encouragement for making changes and following recommended treatment recommendations
Treatment planning to address the above components often includes the involvement of a nutritionist, qualified mental health professionals, and an exercise specialist. Treatment goals should be realistic, focused on modest reduction of intake, changes in eating habits, and the incorporation of a healthy exercise-oriented lifestyle.

Prevention of obesity
Young people generally become overweight or obese because they do not get enough physical activity in combination with poor eating habits. Genetics and lifestyle also contribute to a child's weight status.

Recommendations for prevention of overweight and obesity during childhood and adolescence include:

Gradually work to change family eating habits and activity levels rather than focusing on a child's weight.
Be a role model. Parents who eat healthy foods and participate in physical activity set an example so that a child is more likely to do the same.
Encourage physical activity. Children should have 60 minutes of moderate physical activity most days of the week. More than 60 minutes of activity may promote weight loss and subsequent maintenance.
Reduce "screen" time in front of the television and computer to less than two hours daily.
Encourage children to eat when hungry and to eat slowly.
Avoid using food as a reward or withholding food as a punishment.
Keep the refrigerator stocked with fat-free or low-fat milk, fresh fruit, and vegetables instead of soft drinks and snacks high in sugar and fat.
Serve at least five servings of fruits and vegetables daily.
Encourage children to drink water rather than beverages with added sugar, such as soft drinks, sports drinks, and fruit juice drinks.