Home / Self-Improvement Tips / How to Get Rich 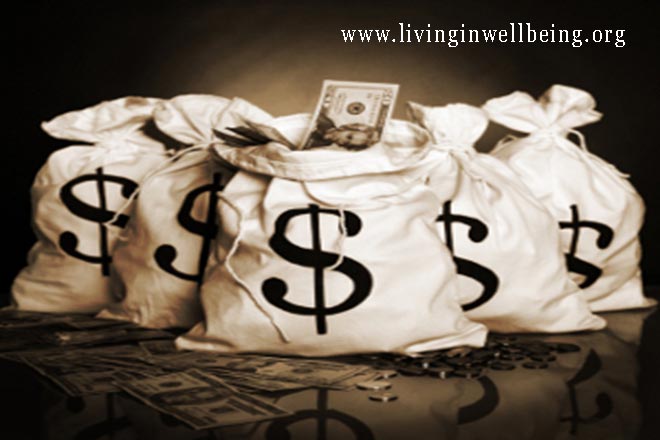 How to Get Rich - #1 Top Secret Way of Getting Rich!? What's all this about? Well, this is the story of one man who quietly became a billionaire using the secret formula of getting rich and then quietly gave it all away to become a millionaire. This is a rather unorthodox way of becoming a millionaire I agree but nonetheless by reading this story you will understand the secret formula of how to get rich and create massive wealth.

He flies economy class, wears a $15 plastic watch and doesn't have a car or own a house. He even carries a plastic bag instead of a briefcase. Doesn't sound like your typical billionaire, does it!? Well, that's because Chuck Feeney isn't.

Feeney made his fortune when he co-founded Duty Free Shoppers (DFS) in 1960 and it became the world's largest duty-free retail chain making him a billionaire. His personal motto was "I set out to work hard, not get rich". He did both. He quietly became a billionaire and since the mid-1980s he has been quietly giving away all his money.

One Idea That Never Changed

"I had one idea that never changed in my mind - that you should use your wealth to help people," Feeney said. This is the key to the enormous fortune Feeney amassed.

Feeney's modest, blue-collar Irish-American background stood him in good stead. Reportedly witty, self-deprecating, frugal and astute; these characteristics helped him greatly in growing his business. He often relied on his instincts in making business decisions and reveled in taking risks. He was also drawn towards the underdog, often reaching out to help people who were struggling.

As his fortune grew over the decades, his outward display of the trappings of wealth did not. He was extremely private and you might even say secretive about his charitable donations. He secretly gave almost all of it away through his foundation, Atlantic Philanthropies. He had only one condition when giving away his money and that was that his name was never to be mentioned by the benefactor.

Feeney has helped fund schools, hospitals, universities, medical research and human rights from the United States and Ireland to South Africa and Vietnam. Feeney is said to have been inspired by the great 19th century philanthropist Andrew Carnegie, who incidentally was the inspiration for Napoleon Hill's seminal wealth creation book, Think and Grow Rich.

The Billionaire Who Wasn't

In 1997, Chuck Feeney called Judith Miller of the "New York Times" to correct a widely reported fact. He was not, as "Forbes" and others reported, one of the 400 richest Americans. He was worth a relatively modest $2 million. Yes, he had been a billionaire however, but since 1984 he'd been quietly giving away all his money.

Feeney believes in improving the lives of people who need change the most. "Try it, you'll like it", he has said as regards giving. Although initially extremely private about his giving Feeney has of late been more public, believing this sets a good example to other wealthy individuals to do the same. Chuck is driven to highlighting the manifold benefits of philanthropy to both giver and receiver. At the last count, Chuck's Foundation, Atlantic Philanthropies, had given away over $5 Billion!!

The Secret Formula of How to Get Rich

What's noteworthy about Feeney's modus operandi is that he had this one idea in his mind that dictated all his actions. It's like as if Feeney had decided earlier on in life that in return for achieving great wealth that his clear statement of intent was to give it all away in return. This is the secret formula to getting rich that Napoleon Hill wrote about in his book, "Think and Grow Rich". That you must clearly describe your major desire in life and clearly state what you intend to give in return for achieving this desire.

Winston Churchill famously said "You make a living by what you get but you make a life out of what you give". Feeney certainly has and continues to 'make a life'. So if your endeavors to date to amass great wealth haven't quite worked out, maybe you need to focus on what you're going to give in return for what you're gonna get.