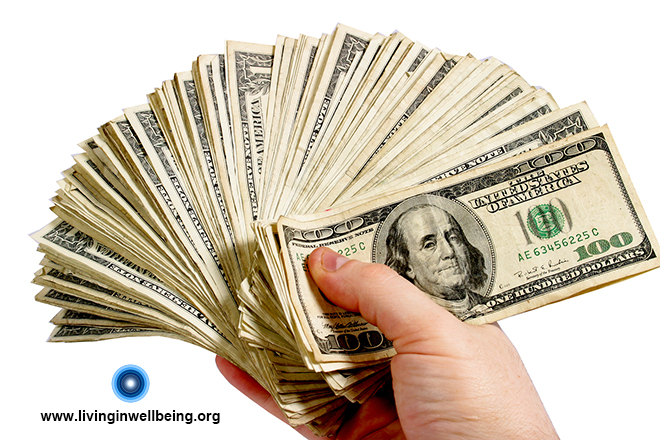 Today, many middle class American homes are worth more than a million dollars. While their profit margins are far lower, many businesses take in fifty times more money today than their counterparts did a century ago. In 1906, income tax didn't exist. Today, the middle class pays about 40% of its income to the State and Federal Government in the form of income taxes.

To be as wealthy as an early 20th Century Millionaire today, you must have a net worth of at least fifty million dollars. Assuming the 40% income tax obstacle, you will have to gross about $84 million dollars to be rich today.

You could win the lottery. While the odds of being the winner are astronomical, people every week plunk down their few bucks in the hope of beating these odds. Studies show that most lottery winners are broke within three years of getting their winnings.

You could start a company like Apple, Microsoft or Google, but the odds of doing so are again astronomical. Plus, most of your wealth is in the form of publicly traded shares in your company and there are serious risks in not holding a diversified portfolio. Consider Ken Lay, the former head of Enron. He went from rich to poor in a matter of a few years. Most of his wealth was tied up in Enron shares. His attorneys and shareholders will take anything that may be left.

1. Disposable Income: There must be something leftover after you pay your bills. This money is called your disposable income. You must invest this money wisely in order to become rich. The problem is that your investments must not only build your nestegg into millions of dollars, it must outperform inflation. Your investment strategy should find a way to defer or eliminate income taxes. The more disposable income that you have the faster your nestegg will grow. However, always remember the axiom that it's a hundred times easier to lose your risk capital than it is to make money with it.

2. Time: It takes time to become rich. Get-Rich-Quick Schemes are almost always losers. In fact, most of them are scams. The problem with time is that the economy changes as political, social, economic and environmental problems create obstacles and opportunities to your plan. Be aware of what's happening around you and the potential direction of events in the world. There are always opportunities if you see the future. The problem is that if you can see too far into the future, you may be right, but you won't profit from your vision. As a 1960s graduate student in environmental science, I could see environmental problems overwhelming Western Technological Civilization. My 1960's environmental vision was right. But, the vision was too far into the future profits until the last few years.

3. A Plan: You can read and research business and investment topics extensively and then develop your own plan to becoming rich. Or, you can adopt an established plan of which there are many available to you. Let's consider three of your wealth options.

B. Barnard Baruch borrowed his way to a fortune. He used his disposable income to pay the interest on the borrowed money. This built credibility with his lenders as he sought sound business acquisitions. When he was certain he had the right business investment opportunity he converted his lender credibility into cash. He repeated this process over the years and became rich.

C. Global Village Investment Club [http://home.earthlink.net/~beowulfinvestments/globalvillageinvestmentclubwelcome/] has become the largest Venture Capital Club in the World by doing PIPE (Private Investment in Public Equities] investments in operating companies. Their secondary program is buying hard assets that will greatly appreciate in value, as the impact of Global Warming becomes worse.

Note that all of these paths to wealth are based upon speculating in operating companies with profits. In fact, investment success is based upon reality and not expectation. The odds of a startup company becoming profitable are less than 1-in-100. Be certain that the potential for profit greatly exceeds the prospect of loss of your risk capital. If you bet against the odds, you must eventually lose. In fact most speculators are consistent losers.

Life's fun. Having wealth is a means to an end. That end is living your life with relative freedom and doing what interests you. If your sole focus in life is to make more and more money, you have misspent your time on earth.