Home / Self-Improvement Tips / How to Actually Get Rich 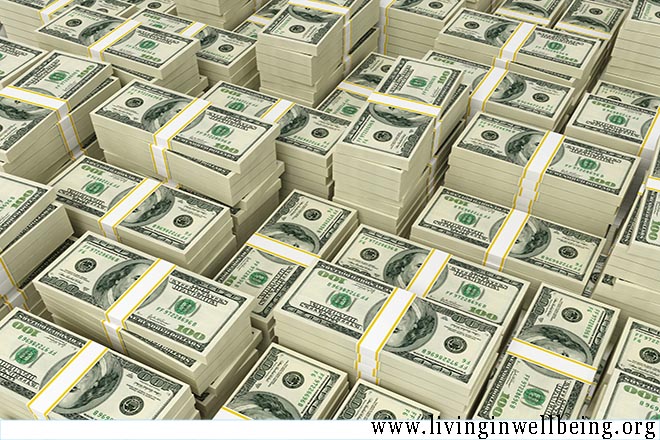 All the ‘get rich’ advice in the world revolves around saving your money.

Here’s a tough pill to swallow, but you won’t get rich by saving your money. You can’t get rich by going without Starbuck’s coffees. The only way you will ever get rich is by creating a product, being a producer, and making massive sales and skyrocketing your income.

That’s the silly little fib that has been sold to you.

You have to be a producer to get rich. A money saver is a reducer. They reduce the amount of Starbuck’s coffees they consume to save some money, they reduce this and reduce that but what they don’t usually do is reduce the big expenses and what they never do is produce.

The way you get rich is by increasing your earnings, not by saving from your capped and limited post-tax earnings from a job.

The money saver thinking he will retire rich is a dreamer. The money maker is the doer.

I see people, expats, who worked their whole lives and now either live on a pension or live on savings. The men who live on pensions don’t have enough money. Almost to a man they complain of high costs, usually of beer. They live in a 3rd world country and can hardly afford beer. The other ones, the savers, usually have a different sob story to tell. The story of running out of money. They saved up their whole live to retire like a king but, whoops, they ran out of money. The money saving dreamers simply choose to ignore the reality of inflation. A dollar today will not be worth a dollar in 20 or 40 years.

They key to wealth is to make more money by owning income producing businesses and assets, not by saving a portion of a limited income from a limited paycheck.

They used to tell me the key to wealth was to work a “good job”, save your money and open up a 401(k). I was told this by non-rich family members, guidance counsellors, teachers, personal bankers etc.

I used to have a family member tell me all the time “get a good job, especially in I.T., open a 401(k) and you’ll be rich when you retire”. Like many young men I was aimless at that age, but I wasn’t stupid. I could see very clearly he was living beyond his means. I did not see him for a number of years. I met him again after his house was foreclosed by the bank because he could not make the payments. I went to his new house, which was rented to him by another family member, and what I saw shocked me: two new leased cars in the driveway. This was a self-proclaimed money expert. This was a man who had the gall to speak about becoming wealthy, and this type of man is the average person giving you money advice.

The people who preach this type of “save your money, get a job, open a 401(k)” baloney are people working unskilled and highly unsatisfying jobs and they are living paycheck to paycheck. They don’t provide value and they work worthless jobs and they often withdraw money from their own get rich slow schemes, the 401(k). They are highly un-motivated peopled and their advice should be ignored completely. Anyone with a garbage diploma in any garbage field can do what they do. If it worked as they say it does then they wouldn’t be living hand to mouth, complaining about bills all the time. They wouldn’t be working at jobs, they would be developing businesses and making SALES and increasing earnings, not putting 10% of your paycheck into a savings account or 401(k).

There is one little, itty-bitty conundrum: You will not get rich by saving your money but you will go broke by spending all of your money.

So you do in fact need to save your money. Not for retirement, but for opportunity. You’ve heard the phrase spend money to make money. If you want to make big money you will eventually have to make a big investment.

If you have bills up to your eyeballs you’ll never be able to focus on making real money because you’ll be working some job to pay off your debts.

Stay out of debt, don’t be a money waster, educate yourself, spend time on developing income producing goods = the key to wealth.

Work a job, go into debt, throw away money on a 401(k) = putting all your faith into an imaginary God. “Just work hard now and you’ll be richly rewarded later“.

When you “invest” in a 401(k) you leave your future in the hands of the unqualified. Who cares more about your future, you or an anonymous money manager playing a game with your savings? Leaving your future in the hands of the unqualified is stupid. When you make stupid decisions with your money don’t be surprised when it comes back to bite you in the behind. When it all crashes down, and you break your crown you can point your finger but there’s no one around. That last sentence is a quote from a famous song by the most successful heavy metal band of all time, Metallica, and it’s a quote I often think of when I hear elders complain about money. They had their whole lives to build real wealth. They wasted it and threw it all away and point their finger when they don’t have enough money.

You and you alone have to keep a keen eye on your assets, you and you alone can provide for your future. You are responsible for you, give up responsibility and you have no right to complain when it doesn’t work out for you.

A few simple rules to live by:

Trust no one – Unless you are someone’s loving and devoted wife or mother no one gives a damn about your future. Least of all ‘money managers’. Point the finger inward, never outward. It’s your job and your responsibility to make sure you have a future. It pays to be paranoid. Verify everything.
Produce income – Wealth isn’t coming to you via a paycheck and $3 saved daily on a cup of coffee. It is coming from production, from action, from earning more money.
Live below your means – You simply cannot be in debt lest you want to work in a 9-5 job forever. Debt is slavery, money and time is freedom. Think big to live little. Cut down the big expenses like housing, automobile, higher education, credit card debt, cell phone bill etc. When your biggest bills are tiny you can afford all the little coffee’s you want. Big expenses do not increase quality of life, they increase stress. No bills, no stress.
Take action when the opportunity presents itself – The real reason to save money, to use it to make more money.