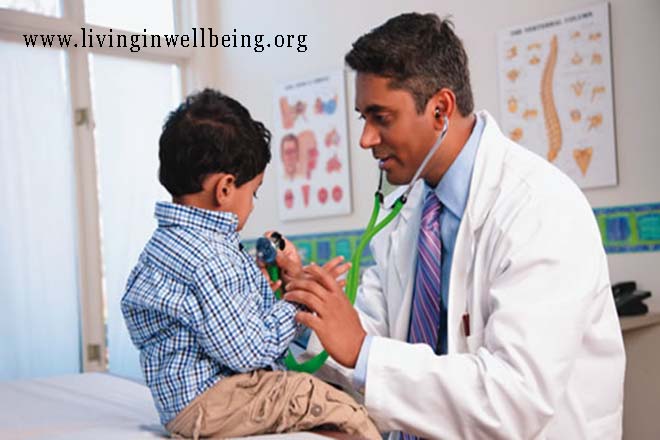 Adolescence is the time period between 11 and 18 years of life (WHO definition), characterized by critical physical and psychological changes leading to adulthood. Adolescents are generally considered to be a very healthy group, with limited health needs. They remain medically underserved and their problems are seriously underestimated because of the following:

The traditionally used health index (mortality rate) does not effectively reflect the adolescent health status
Health indexes related to life quality are not easy to define
Adolescents themselves are developmentally immature to look into the future. Communicable diseases and problems of childhood belong to the past, while health issues of adulthood seem very distant. They consider themselves «invulnerable» and do not demand promotion and protection of health services addressed to their age.
Family can not really deal with the situation, as the adolescent takes total control of his or her health issues. Parents feel far more comfortable when focusing on school performance and activities - taking good health for granted.

Health problems in adolescence may result through a number of mechanisms:

Most of the adolescents present problems relating to the normal physical or psychological changes of this period (acne, iron deficiency, anxiety excess).
Disorders of normal puberty procedures may also occur at a significant number of teens (e.g. up to 50% of adolescent girls present with problems of their menstrual cycling).
It is estimated that 10-12% suffers from severe chronic conditions. Adolescents with demanding and chronic problems need multidisciplinary support, so that they can come through the challenges of adolescent years in the most functioning and painless way for their situation.
Ρre-existing, yet non-expressed physical or psychosocial pathologies may come to surface during adolescence because of the general lack of stability characterizing these years .

Environmental factors have significant impact on adolescent health and well-being. Adolescents are extremely sensitive to environmental influences as they have not yet fully developed all their cognitive abilities for evaluating information and life-models. It is therefore evident that behavior and health patterns of adolescents always reflect the status of their social environment and services provided to them.
Young people in modern societies are forced to come through the significant stages of adolescence while living in a rapidly changing and unstable world: population mixing, decreased occupation possibilities, the divorce phenomenon, lack of social bonding - small families in large societies, technology progress and media power impacts.
Thus, a significant problem for modern youth globally is the fact that they are bombarded from an early age with social messages having formative effects, particularly at a time of experimentation such as the teenage years. Aggressive marketing targeted at this age group, combined with risk-taking behaviors that youngsters may normally develop as they struggle towards independence, lead to the emergence of «new morbidities». These conditions include problems such as accidents, eating disorders, sexually transmitted diseases, unwanted pregnancies, substance abuse, and mental health issues. Although these conditions are not «classic» medical illnesses, they seriously affect physical and mental adolescent health and result to decreased future productivity and employment opportunities. Of great interest is also the fact that a large number of the problems rising in adolescence can be preventable.

Some of the most crucial problems resulting from adolescent high-risk behaviours in Greece - and globally - are the following:

The incidence of Chlamydiatrachomatis infection in sexually active female adolescents in the USA is 15-37%. Data in Greece are limited and do not concern mainly adolescent populations. Chlamydia infections can be asymptomatic in 25-50% of cases and they have significant impact on the genital tract. About 15-20 % of pelvic inflammatory disease cases may result from such an infection and there is a well established causative link of this pathogen with fertility problems in adulthood.
There has been a considerable increase during the past years, of the prevalence of human papillomavirus (ΗPV) and Herpes virus type 2 genital infections in Greece.
Young adults account for a large and increasing proportion of HIV diagnoses. Lack of awareness and knowledge about HIV prevention measures accompanies high rates of sexual risk behavior. HIV infection in puberty results to HIV clinical disease during the 3rd decade of life. Thus, about 1% and 20% of the total of patients with clinically expressed AIDS are teenagers and 20-29 year olds respectively.

Unwanted pregnancies may have serious health consequences for young women, including the risks associated with dangerous or illegal abortions. According to data reflecting the situation in Greece, 30-40% of adolescent girls 16-18 year old are sexually active, while 30% do not use a contraceptive method and another 30% use untrustworthy measures, such as withdrawal. Pregnancy rates have decreased the past twenty years in Greece (from 9% in 1985 to 5.2% in 2003), which may be well explained by the increase in the abortion rate during the above time interval (1980: 28.8%, 2003: 50%).

Obesity is a pandemic of modern societies and data seem very alarming in Greece. According to a recent study of the 1st Dpt of Pediatrics of Athens University, about 20.63% and 11.8% of adolescent boys were overweight and obese respectively. The relevant numbers for girls were 14.4% και 3.65% for overweight and obese respectively. Obesity in adolescence predicts maintenance in adulthood, with various severe physical and psychological impacts.

There has been an increase in the incidence of anorexia nervosa and bulimia in the adolescent population during the past years. These are severe mental conditions with significant morbidity and mortality rates. The overestimated value of a lean and sexy body figure in the modern world (fortified by the media), certainly plays a significant role in the constantly elevating prevalence of eating disorders.

Poor eating habits of adolescents may result in getting up to 50% of their daily calorie intake from fat! At the same time their diet lacks of calcium, iron and fiber sources. The above typical adolescent dietary pattern may lead to significant future health consequences.

Injuries, like diseases, do not occur at random. Road traffic accidents are the leading cause of death among adolescents, with mortality rates being almost double for boys than for girls. The situation in Greece leaves much scope for improvement, as a particularly high mortality rate of 14 deaths from road traffic accidents / 100.000 adolescents has been estimated by the National Statistic Organization for 2001.

- Tobacco, alcohol and drug use:

Adolescence is the period of experimentation and rebellion against authority. This is the age when smoking, alcohol drinking and drug use can become established habits. Smoking is quite a problem in Greece, as 60% of men and 45% of women are smokers by the age of 25 years. Over 90% of adult smokers have had their initiative smoking experience during adolescence (age < 19 years). Smoking percentage in Greek high school population was approximately 20.8%, in 1998.
At the age of 15 years, 67% of adolescents in Europe report that they have been drunk at least twice in their lives. Alcohol abuse is frequently associated with youth violence, unplanned sex and it is a factor (among other drug use) in approximately 41% of all deaths from motor vehicle crashes in the USA.
According to the1999 Εuropean School Survey Project on Alcohol and Other Drugs Report (ΕSPAD), 9% of 16 year old high school students in Greece have used marijuana at least once (11% and 7% for boys and girls respectively). Mean age of first marihuana experience was 14.9 years. Use of other substances is fortunately low in Greece (< 2%).

Adolescents may often experience distressing and disabling emotions that are sometimes part of their normal development. However, there is an increasing incidence of mental illness globally, mainly because of the breakdown of traditional social and family structures. According to a survey in Greece, 13% of adolescent boys and 29% of girls were considered as being in a «depressive» emotional state. The burden of mental distress is often underestimated, while untreated mental illness in adolescence may lead to lifelong dysfunction. Fortunately, many mental problems are preventable and all can be helped. Thus, promotion of mental health services in adolescence is stressed as a priority in modern societies.
Adolescence is characterized by noticeable increases in self-harm, being a particularly vulnerable life period. Suicide rates tend to increase with age, but in some countries a secondary peak has been recently shown in the age 15-24 years. In Greece, 8.3% of adolescent boys and 17.6% of girls reported that they had seriously «considered suicide» at least once in their life. Suicide attempt rates were 0.86% and 3.02% for boys and girls respectively. Suicide deaths were 9 in 2001 in Greece, a very low suicide death rate compared to other parts of the world (0.75/100.000 adolescents).

According to the recent document of the Regional Committee for Europe of the World Health Organization (W.H.O.) concerning health and behavioural issues of adolescents in 35 European countries, all the above mentioned topics provide basic health indexes for adolescent health and unfortunately there is a lot to be done for improving current status.
Of great significance is also the fact that adolescence is the critical age for preventing future health impact and distress. Although prevention starts as early as the first day of neonatal life, during adolescence the individual concurs the responsibility and the right to his or her personal health. Health knowledge and habits established in adolescence will determine adulthood health. Many severe future adulthood conditions could potentially be diminished by educating and promoting health services of today’s adolescents (osteoporosis, mental illnesses, cardiovascular disease, some tumors, infertility).