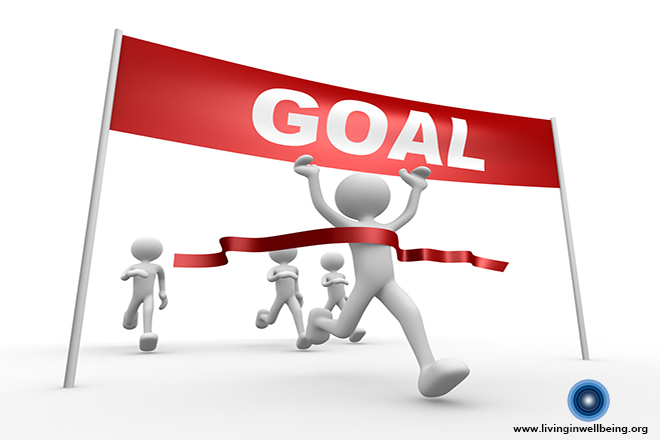 You know, a lot of athletes train very hard in the belief that it's hard training that leads inevitably to success. They read about how their idols train; they copy their gym routines and dietary habits; they do everything physically that they do, believing that if they train hard and do all the things that the top performers do - then they'll also succeed.
But it doesn't work that way! The breaks go to the people with dreams and specific goals. You want to have a dream, a goal. Somehow, the dream itself provides the motivation and the means for its own accomplishment.

Every serious sportsperson today knows of the importance of setting goals. However, achieving significant goals in sport, particularly at an elite level, involves more than just the process of setting them. Achieving big goals is a personal management process involving setting a goal, breaking it down into smaller sub-goals, determining a viable action plan, implementing this plan, evaluating progress, adjusting the plan, celebrating achievement, and finally choosing a new goal.

OUTCOME AND PROCESS GOALS
There are two types of goals that you want to be aware of : outcome goals, and process goals. Outcome goals are the end result: winning a match; hitting a bogey free golf round; running under a specific time; being selected for the national team; etc. Process goals are the specific actions, behaviours, moods, and mental processes required to achieve the desired outcome. In recent years, many people have suggested that it is wrong to set and think abut outcome goals; that we ought focus upon and set just process goals.

However both goals are important to success, because without a clearly defined and desired outcome, motivation flags and there can be a loss of direction. What is important is knowing when to focus on outcome and when to focus on process. For instance, consider a journey. At the beginning of the journey you think of your destination - where you want to end up. Then you get in the car and pay attention to the traffic around you; stop at lights and intersections; change gears; accelerate; turn corners; refuel when necessary; and deal with delays and flat tyres along the way. Now just imagine if you didn't have that destination in mind at the start - what would happen? You'd just hop in the car and start driving, and you might drive extremely well, but you'd end up going nowhere in particular.

Generally, the time to think about outcome goals is prior to and after a performance; the time to focus on process goals is during a performance. For instance, on your journey you'll have an accident if you think too much about the hot date you're doing to visit, but if you don't want that hot date in the first place, you'll probably never get the car out of the garage!