Home / All General Blogs & Articles / Function of Emotion As Motive 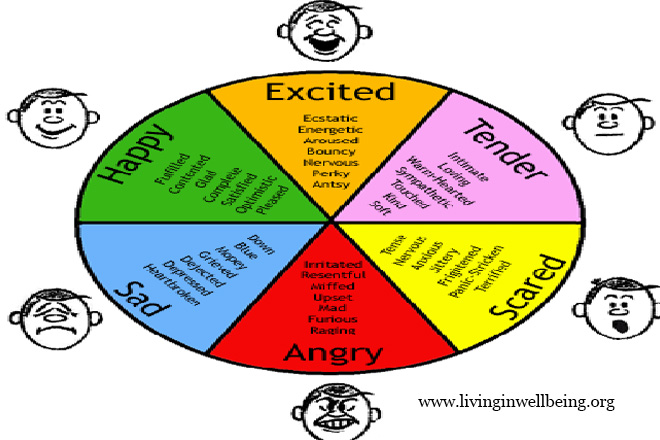 Function of emotion as motive
Introduction
Theories of Emotion and Arousal
The theories of emotion and arousal try to examine how individuals are motivated to carry on their daily chores and move on achieving their dreams. How are individuals aroused and how do they manage these emotions as forms of human motives? REA (2003) examines three major theories examining and explaining the motives behind emotions and arousal. These are the Cognitive theory, the emergency theory and the opponent process theory.
Cognitive theory of emotions and arousal
The cognitive theory of emotions and arousal is also known as the Schachter-Singer theory and looks at emotion as the result of the individualâ€™s interpretation of the aroused bodily state. The main argument in this theory is that the bodily states, which come with many emotions, are similar and even when they differ, it is minimal and cannot be sensed (REA 2003). The difference noticed is because of our interpretation or the thoughts we hold of them and this way, we feel the emotion we believe to be the most important to the situation. According to this theory, the sequence of events are: perception of the situation that produces emotion, arousal of an ambiguous bodily state, the interpretation and naming of the bodily state in regard to perception of the external arousing the situation.
Opponent process theory
This theory says that all emotions are accompanied by an opposite reaction; for example, relief follows fear and sadness is countered by happiness. The main argument is that any dominant view held by a person about emotion eventually becomes weaker while the weaker one becomes the stronger (REA 2003). A classic example is the pleasurable state when one takes in some drugs for arousal of emotions. The first dose of Marijuana may be very pleasurable, but over time the opponent or counteracting negative reaction takes over.
Emergency theory of emotions and arousal
This theory is also known as the Cannon-Bard theory and states that bodily reactions do not cause emotional reactions rather, the two occur simultaneously. Any emotion-producing situations stimulate the nerve cells in some lower portions of the brain, and in turn activate the cerebral cortex and body structures. The activity received by the cerebral cortex is felt as emotion and the ones received by the body structures can cause bodily changes which is typical of the emotion. Some physiological states coming from the lower brain activity prepares the organism for emergency reactions to emotion-arousing situations.
Research on Basic Emotions
Various researches have been done on uncovering basic emotions and which have been used to develop major theories discussed in this paper. According to Mayne and Bonanno (2001), research has majorly concentrated on Facial Expression/Facial motor responses, and the vocal expressions. The two are most important since they are the most physical feature and easily listened to. The facial motor responses are particularly important since one can easily notice how a person behaves to certain stimuli while the vocal expression is the use of voice to analyze how emotions occur or the type of emotions expressed in a person. These two research methods too can help determine how individuals are aroused by external stimuli.
Facial Expression/Facial Motor responses
This is the most well known line of research, which supports the notion of basic emotions. Facial expression consists of facial recognition when an external or internal emotion is felt. The evidence for universal expressions is usually indirect since it is entirely based on the recognition of some pictures but there are exceptions. In a study which was by use of video tapes which was to show how the face of the New Guineans would appear if they were the people described in an emotion story used in the judgment tasks, the Americans who viewed this video taped expressions could recognize four out of six expressions, that is, happiness, anger, disgust and sadness. The study was to yield evidence for universal production of the same facial expression (Mayne & Bonanno 2001).
Vocal expression
The vocal expression was modeled after the facial recognition and the studies included respondents from different cultures where they were asked to identify vocal expressions of emotions either in a nonsensical phrase in one language (Mayne & Bonanno 2001). Some dimensions of vocal expression; for example, rate, volume, and pitch of speech are very reliable markers of emotional states (Hersen & Thomas 2006). People can easily recognize emotions and arousal from a speech and when a person utters a word, he or she can easily be recognized by the state of emotion, even when semantic information is removed. The voice is a rich way of removing the inside feelings and presenting them to the outside world to analyze. In a study, professional actors portrayed 14 emotions by speaking some phrases and utterances and they were judged by the people who were listening. For example, a hot anger took 78%, boredom took 76% and interest taking 75%. Vocal expressions of interest are mostly confused with happiness and that of boredom confused with sadness.
Conclusion
Emotions and arousals are studied to be what identifies a person in the presence of other people. Usually, a personâ€™s emotion is expressed in the face or an action, but also, on how the person speaks. Some theories have tried to explain how emotions and arousals occur in a person while researches have focused on the facial expressions and the vocal ones in a bid to explain the situations of an emotion or aroused person. Theories like cognitive and emergency theories are true reflection of how this part of the human person occurs on the role it plays in defining the situation and status of a person.
About the Author
The author is associated with orderwriters.com which is a global custom writing company. If you would like help in custom writing or term paper writing and essays, you can visit orderwriters.com.