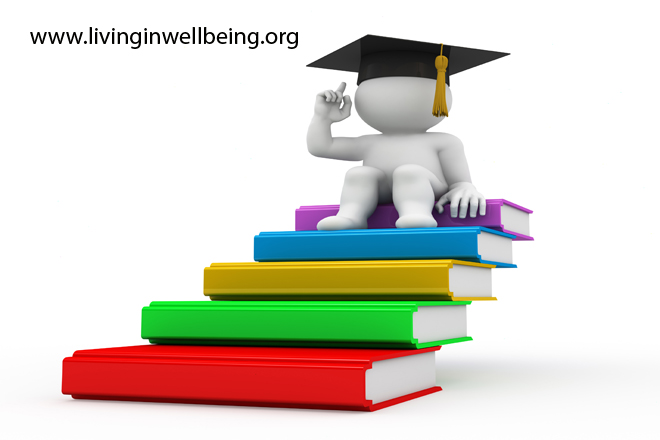 character sitting on the top of book's heap

In child-led learning the children determine the direction and intensity of their education. They follow their interests. For example, an elementary student with an interest in volcanos might research more about them on the internet, check out books from the library about lava, and build their own volcanos out of materials provided by parents. The parent is there to facilitate learning, but does not necessary plan lessons or give lectures.

This is not a correct assumption however. While the student might not ever undertake official education in math, at some point it is presumed that the student will want to learn something that requires math, and in order to follow the interest that they have will undertake math to facilitate that subject.

A direct example of that might be the child wanting to build a mathematically correct pyramid as part of their study of Egypt. The student will need three dimensional geometry to build the pyramid correctly, and since the student has an interest in the pyramid, they will then learn the geometry.

One might also argue that unschooling or child-led education will not prepare students adequately for real world learning, or employment. While a student's education might not be complete with child-led education there is a theory that the students will have intense knowledge in some subjects and a curiosity and desire to learn that will allow them to fill in the missing information when they desire to.

Many homeschooling parents, having been educated either in traditional schools, or homeschooled using traditional education as a model, will be uncomfortable allowing their children to lead the education. For these parents there are modifications to child-led education that can fill both traditional sensibilities about education as well as student-led learning.

One way to modify the child-led model is to teach traditional course work during part of the school day, and then allow the student to use that knowledge to enhance their own learning and follow their own interest for another part of the day. By allowing special projects, or electives of the student's choosing, it is possible to get not only the benefits of traditional education but also the benefits of allowing the child to follow their own interests.

By providing an education rich environment for the student, parents are able to maintain some control, and also allow the student to made determinations about the direction of their education. As students get older, this flexibility in learning might pay dividends beyond what either traditional education, or child-led education might pay if used separately.
About the Author