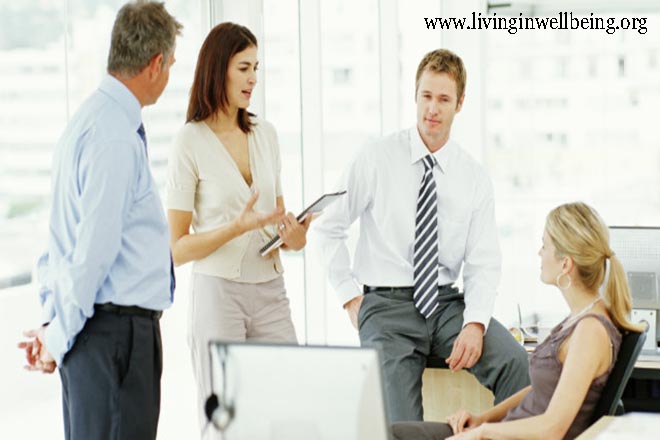 Because I'm an inspirational writer, trainer and speaker I'm use to running into individuals who want to know, "Is it okay for me to be assertive?"

My answer is always, "That depends."

We're all born with a dominant fight or flight responses. This benefits us in life or death situations, but most often assertiveness is the best response.

Being assertive is catching yourself before you blow off the handle or before you're made to feel inferior.

If you're justifying your bully behavior with "they're just too insensitive" or "I only told them like it is," you're aggressive tendencies are pushing angry energy outward, negatively affecting even the most innocent of bystanders.

When you're aggressive, people won't like to be around you. You'll be perceived as abrasive, mean, insensitive and bossy.

If, on the other hand, you're going out of your way to avoid confrontations, you're being passive, rarely saying what's on their mind because you're too afraid of making waves.

When you're passive you're reacting in one of three ways: a) You're either internalizing everything (which isn't healthy) b) You're venting to close family and friends, who quite frankly wish you'd say something to the person you're upset with so they no longer have to hear it -OR- c) You're counter attacking with sneaky passive-aggressive moves like spitting in someone's coffee - Either way, you're seen as a victim, a door mat, a pushover and a weakling.

In almost all situations, the most favorable response is to be assertive. Assertiveness is a learned behavior. - It's about getting what you want while respecting the rights of both yourself and others. It's meeting in the middle with a win/win, "I'm okay"/"You're okay" approach.

Let's say you want more flexibility in your hours. You could take an aggressive approach and tell your boss you either get your new hours or you're taking another job. - This of course is the "my way or the highway" aggressive approach.

You could say nothing and continue being miserable and puking your complaints to co-workers hoping word gets back to your boss. This is pure passive.

Or, you could handle yourself assertively by planning your conversation and thinking about the best and worst case scenarios so you're fully prepared to respond with tact and finesse no matter what.

You'd approach your boss on neutral territory - somewhere off-site. Begin the conversation by stating your intentions such as "Boss, I'd like to talk about having more flexibility in my hours so I can be more productive."

Remain centered. Relax and breathe. Be balanced in every essence of your being when you stand up for your needs and respond with mutual respect.

Use eye contact. Remain confident. Positively align your thoughts, actions and feelings. -- This means no negative energy or pent up resentment allowed.

Being assertive takes patience and practice. You can't expect to be a pro at it right away. The most important thing is that you continue learning while you "enjoy the experience" (tm) along the way.

Michelle Skaletski-Boyd is an inspirational writer, trainer and speaker whose divine mission is to help others connect to their Higher Self. Connect with Michelle at http://www.soulfelt.com and receive a free E-Parable that speaks directly to your subconscious mind. ~ETE