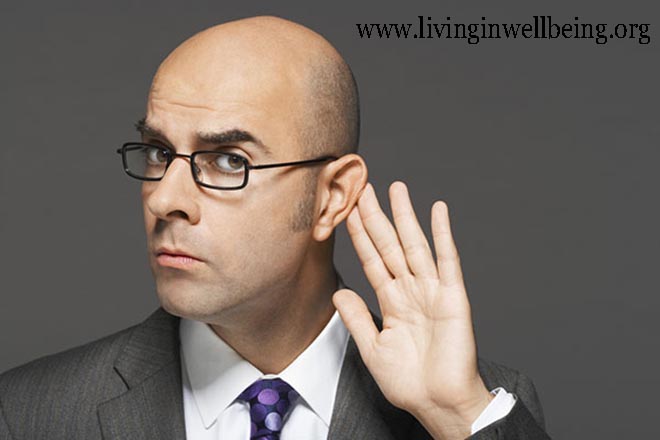 To be acknowledged, mirrored and validated are psychological needs that we all have. This is a perfectly normal and natural part of being human and something that is vital for mental and emotionally stability. And like most things in life, there can be extremes and when this healthy requirement is taken to the extreme; it can lead to dysfunctional behaviour.

This could be a person who is constantly seeking attention from any one that will give it or it could be someone who seeks attention during certain times in their life.

So here I will give my current views on what I believe are some of the causes of attention seeking behaviour. This is not to be taken as the complete or only truth. It is simply what I have come to conclude at this time in my life.

There will be times in oneâ€™s life when it will be fairly normal to seek attention in a way that is out of character. Here one will seek more attention then they normally would and this will be especially visible to the peoples closest to them

Examples of this are more or less anything that causes a strong emotional reaction in someone. So, this could be; when a job comes to an end, a relationship finishes, a loved one passes on, ill health, a time of transition and when letting go happens and numerous others.

Due to the likelihood of these events creating a lot more mental, physical and emotional activity than normally exists, the need for extra attention is to be expected.

For what might be the odd occasion for some people; for others, it is a regular occurrence. Here, one has a high need for attention and this is a need that never abates. And no matter how much attention this person receives and for how long it lasts; it is never enough.

It would be like having a car with a water leak; no matter how much water goes in there, it is never full. The car has water passing through and yet this is short lived. Because once it has gone through the piping, it goes straight back out again. There is no build up of water; nothing is retained.

How this shows up can depend on many different factors. This could be the result of oneâ€™s age, gender, upbringing and social status.

For women this can often relate to their femininity and physical beauty and can include, but is not limited to: dressing in a way that draws excessive attention to their body, i.e. wearing excessively provocative clothing, large amounts of makeup and aloof behaviour.

And for men this could relate to their masculinity and physical strength and range from talking about how many women they have been with, to how much weight they can lift and many other things.

Above are examples of what could be classed as positive attention and as the ego mind works in polarities, this means there are also negative ways that the need for attention can appear.

These can range from ways that are dangerous and life threatening, to more subtle and seemingly innocent behaviours. People can develop certain illnesses as a way to gain the attention from others, playing the role of the victim in different areas of life, constantly being part of some kind of drama and many other ways.

Whether the need for attention comes out in ways that can be classed as functional or dysfunctional, there effect doesnâ€™t usually last very long. And this is why the same behaviour is often seen again and again. It might be slightly modified from time to time, but the intentions are the same.

And so even though there is a great need for attention; it doesnâ€™t last and it may, as strange as this sounds, be rejected. An example that demonstrates this, is of the women who dresses in a way that will attract attention and upon receiving this attention pulls away or complains at receiving so much attention

Now, while this is just one example, what it shows, is that there is inner conflict. Itâ€™s like asking for something and upon receiving it one feels the complete opposite of what one thought they would feel.

What usually lives in the part of our mind that is known as the unconscious, the part that drives most of our behaviour, is the unprocessed past. And what forms most of the past are typically our childhood years. This is because our childhood is a time when our brain is forming and is more malleable that it will ever be again.

So at a conscious level, one may seek attention and crave it, but what is going on at a level out of oneâ€™s usual awareness can be against attention and reject it at all costs.

And the reason for this is that oneâ€™s ego mind has formed associations of what attention means. Because attention means something different for everyone; this is why peopleâ€™s ways of gaining attention can be so different.

At a conscious level one naturally seeks attention, but the question is: what has ones ego mind associated as what attention means? And the way that one gained attention as a child will go a long way to explaining how these associations have been formed.

And then there is also the dynamic of having caregivers that were distant and this meant that as a child, one would have had to work for attention, with it rarely being available otherwise.

And for others this may have involved being around caregivers that were smothering and overbearing and this meant attention made one feel compromised and even abused. It is also possible for ones upbringing to be a combination of the two, as well as one style often being utilized.

So if one had to work for attention and didnâ€™t just receive it, the mind will have associated this as familiar. And this could then lead to people who seek attention in a way where they come across as if they are constantly trying to prove their worthiness.

For people who seek attention and then rejected it, it is probably because the attention they received as a child was destructive and overwhelming. And now, as a consequence of that, reject the attention that they desperately seek at a conscious level; with the reason one continually plays out this role, even though it is destructive, is because this was associated as familiar to the ego mind.

However, no matter how this was in the very beginning of oneâ€™s life, what is clear is that one wasnâ€™t allowed to receive attention for being who they were. They either had to prove their worth to their caregivers or they had to take care of their caregivers need for attention and ignore their own needs (in the case of being smothered and overwhelmed)

And what these early experiences created were: thoughts, feelings, sensation and emotions. These would not have been empowering or supportive and if they are not dealt with through therapy or some other means; they would have to be dealt with in some other way.

So by constantly gaining the attention of others these inner tensions and conflicts are being regulated. This will not completely remove them; it will only ever be a short term solution and soon enough they will return once more.

In order for the behaviour to change and for one to receive attention in a functional and healthy manner, one has to change the associations that the ego mind has formed around attention.

And to begin to realise that they can receive attention without having to compromise themselves. By letting go of this inner tension and conflict, one can also begin to value who they are and as this happens the need for attention is also likely to subside.
About the Author

My name is Oliver J R Cooper and I have been interested in self awareness for over eight years. For just under two years, I have been expressing my understandings with these transformational writings. One of my intentions is to be a catalyst to others, as other people have been and continue to be to me.