Home / Self-Improvement Tips / Assertive: Why Do Some People Find It Hard To Be Assertive? 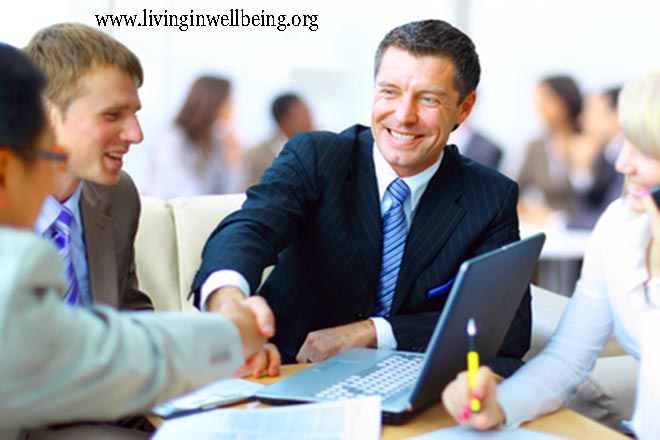 This means that assertive behaviour would be in the middle of the two extremes. By themselves, they are dysfunctional and out of balance. And yet these two extremes can often seem to be the only options available.

One either allows others walk all over them and takes on the role of the doormat. Or one will walk all over others and treat others as if they were a doormat. These will be the tendencies that they have and this means that these roles could change from time to time, depending on the different internal and external factors.

If one were to be in an environment or a situation where it was perceived as unsafe to stand up for oneself, then submissive behaviour may be utilized. This could be in situation where oneâ€™s life is under threat. And during other times of their life they may well be aggressive.

Another situation may require one to take on the aggressive role, while their usual disposition is one of submission. This may be a consequence of being taken advantage of to such a degree, that one explodes.

However, the two examples above are rare occurrences and are used to emphasis these two points. For some people, submissive behaviour is a day to day experience and one that they have become accustomed too. While for others, being aggressive is seen as the only way to behave.

To be assertive is overlooked and this could be due to its effectiveness being questioned. Or it may be that one is unaware of their being another option.

This could also apply to the different areas of oneâ€™s life and doesnâ€™t always have to relate to extremes. One person may be assertive at work and submissive at home. Or one may be assertive with friends and aggressive with their intimate relationships.

A big part of being assertive is having boundaries. Here one knows where they begin and end and where another begins and ends. These boundaries allow one to create a safe space within. And from here one will be able to be aware of when they are being compromised or being taken advantage of. One will then feel comfortable standing up and speaking up for themselves.

This will be done from a place of inner confidence and belief. Here one is firm but not aggressive and polite but not submissive. And the reason one is able to do this is primarily because they feel safe to do so.

What this does is create a different perception and one that is unlike the perception that people have who are generally submissive and aggressive.

There could be many reason as to why people take on this behaviour, but at its deepest level it comes down to them being familiar and therefore safe.

To the person who acts submissive, this is the behaviour that their ego mind associates as what is safe. On one level it is causing them to be taken advantage of and compromised on a regular basis, but to their unconscious mind it is normal.

And should they act in another way, all kinds of fears could arise and these fears will then lead one to acting in the same way.

And with the person that acts aggressive, this is also what their ego mind associates as what is safe. This will appear to be the only way that one can feel safe and protected. One will feel that if they donâ€™t act this way other people will take advantage of them.

It is then either a case of: being taken advantage of by others or take advantage of others before they have the chance.

Although there may be situations in life where one has to be aggressive or submissive; if ones ego mind has these perceptions, one will project these dynamics onto others. And they will also attract situations that validate what they believe about others.

This is one reason why it is important to see that there are patterns involved: patterns in how one sees others; the experiences that they have and to their behaviour.

Finding examples of others who are assertive or reading about how to be assertive can allow one to break free from these roles.

Because the one thing that the ego mind will do, through its identification to these roles, is block out any other ways of behaving. This will happen through justification and rationalization for example.

So as this behaviour is familiar, it is likely to mean that it is a consequence of oneâ€™s early years. How one was treated as a child will have a massive effect on whether one is submissive, aggressive or assertive.

And this is because the behaviour that one has in latter life, as dysfunctional and disempowering as it may be, is often what ensured ones survival as a child. So if one had caregivers that operated with no boundaries and as a result were abusive, it would have meant that one had to act in these two extremes to cope with the environment stressors.

The reaction one has to this behaviour will define the behavioural tendencies that one has in latter life. So, one person may end playing the role of the submissive victim in most situations; because of the fear of being hurt. And another may go to the other extreme and be aggressive: as a way to avoid being treated in the same way again.

These two types of peoples will often see and create the same situations again and again. And this will be interpreted as normal to the ego mind and thatâ€™s because it represents ones earliest experiences. The past is being projected onto the present.

As one lets go of the past, it will lead to a change in behaviour and in how one feels within. When this happens, one can begin to feel safe enough to be assertive. To have a choice to decide what will be the best course of action; Instead of reacting to past memories.

The assistance of a good therapist or coach can speed this process up. As the mind starts to change, so will ones reality.
About the Author

My name is Oliver J R Cooper and I have been interested in self awareness for over eight years. For just under two years, I have been expressing my understandings with these transformational writings. One of my intentions is to be a catalyst to others, as other people have been and continue to be to me.