Home / Self-Improvement Tips / Are You "Addicted" 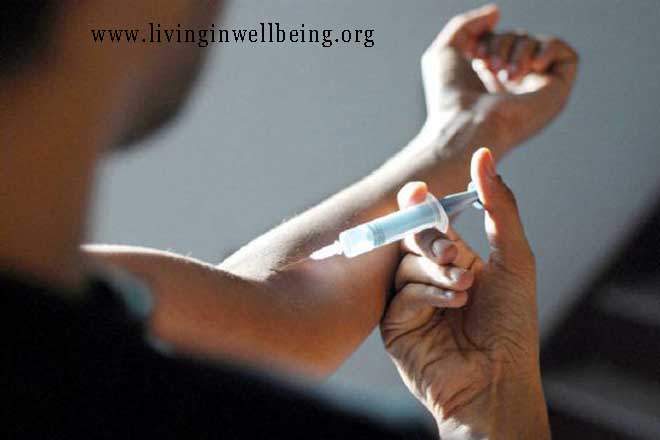 If you’ve read self-help literature, you’ve probably heard about the “inner critic”—the mental voice that constantly tells you that you’re not good enough, and bombards you with memories of difficult events and visions of nightmarish possible futures. There are many schools of thought on how to deal with the critic, and most focus on developing more positive beliefs about oneself or using techniques to quiet one’s mind.

However, I recently had an idea about the critic that hasn’t received as much coverage: what if we actually created what we call the “inner critic” to please ourselves? What if, on some level, we actually enjoy the suffering it causes us? What if the critic were like an addictive drug, and we could stop using it, go “cold turkey,” and kick the habit completely?

I’ll start explaining this by observing that many of us seem to enjoy feeling like we’re “right” and others are “wrong.” We crave the sense that we’re more assertive, convincing, prudent, logical or moral than someone else. For this reason, many people seek out and enjoy the feeling of being the winner of a conflict—whether it be an adversarial business negotiation, a shouting match between spouses, or, in extreme cases, a physical fight.

Many of us crave that feeling of “rightness” so strongly that we’ll use even the most minor mistakes by others as opportunities to loudly proclaim how much better we are than them. We see this on the highway, where people scream obscenities at and threaten to kill each other for driving too slowly; or in crowded places, where people will take someone slightly bumping into them as the gravest and most personal of insults.

Not everyone seeks that feeling of rightness by putting others down. Some of us feel uncomfortable with telling others they’re wrong or attacking them in some other way, but we still want to experience the high “being right” gives us. Thus, we create someone to fight with in our minds. We create a mental adversary, an “inner critic,” who constantly attacks us for our perceived shortcomings, and we fight back against it. This is very convenient. We don’t have to look for an “outer critic,” an opponent in the outside world, to fight against—we’ve got one right here in the comfort of our own heads.

We can recognize this in the ways we respond to the inner critic. Many of us shout down the critic, telling it to shut up or yelling profanity at it. Others debate the critic, reminding it of all we’ve accomplished in our lives and defending ourselves against its accusations. Still others complain about the critic—“oh, if only I didn’t have this mental voice keeping me from getting what I want!” People whom our society considers “mentally ill” may physically attack themselves, trying to beat the critic out of their brains. In each case, we’re trying to feel like we’re more “right” than the critic, or that we’ve “defeated” it in mental combat.

Unfortunately, just as picking fights in the outside world can get us hurt, constant battle with the inner critic can wear us out. Putting the critic down, reasoning with it, complaining about it, and fighting it in all the other ways we do is physically draining and creates tension in our bodies. When you’re locked in constant battle with the critic, you feel like what rock band Blue Oyster Cult called “the veteran of a thousand psychic wars.”

The key to stopping this inner conflict is to kick your addiction to feeling that you are “right,” and that someone else, even if it is a mind-generated entity, is “wrong.” You can do this, I’ve found, by staying alert for those moments when you start craving conflict. The habit of conflict-seeking has probably been an unconscious one for most of your life, but if you hold your attention on it, you can see it for what it is.

As I've described in earlier writings, in those moments, you experience a sensation as if your mind is an attic through which someone is rummaging. The attic contains embarrassing pictures, letters and drawings from your childhood, and the person rummaging through them is looking for something to humiliate you with. Eventually, the person finds something, and shows the embarrassing document to you. This is when the criticism or difficult memory pops into your head, and you start fighting against it to feed your conflict addiction.

If you watch this mental process carefully, you’ll likely come to the surprising realization that you have at least some control over it. You are the person rummaging through your mind, looking for compromising information to use against yourself. You are searching for a memory or other thought to resist, to fight with. But you probably don’t feel that you’re in complete control of this process. Your search for conflict has become compulsive—much as a smoker just can’t seem to quit.

When you feel that craving for conflict, see if you can simply allow it to be. Just acknowledge that your mind is seeking something to fight against, without looking for something to satisfy that urge with. If you’re unable to keep yourself from seeking out thoughts and memories to attack yourself with, bring the same acceptance to those thoughts and memories. Simply allow them to be, without suppressing, belittling, or arguing against them, and you will not feed your hunger for internal strife.

This practice seems difficult at first, but it rapidly becomes easier, and the potential gains are tremendous. Abandoning the habit of seeking mental conflict, of creating an “inner critic,” can bring you closer to the inner peace you’ve desired but may have had trouble achieving.

If you've read self-help literature, you've probably heard about the "inner critic"—the inner voice that denigrates us and dredges up painful memories for us to relive. We're often told we need to develop more positive beliefs about ourselves to deal with the critic. I believe there's another dimension to the issue. I suggest that most of us are addicted to conflict, and that the critic is something we create within ourselves to fight against. Kicking this "conflict addiction" is the key.