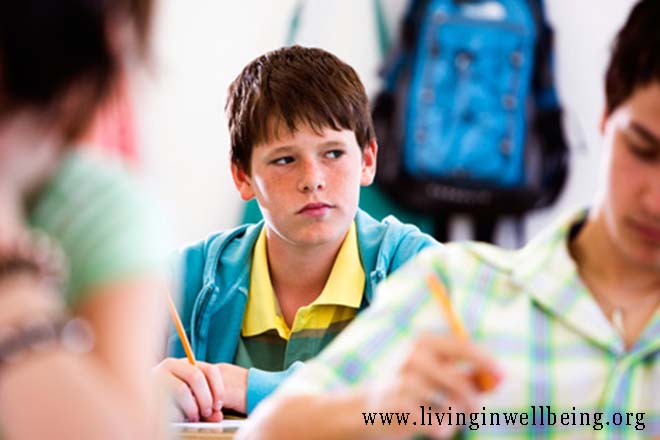 Most adolescents act impulsively now and then, and teenagers are known for favoring short-term pleasures over long-term benefits. Teenagers with hyperactive-impulsive– or combined-type ADHD, however, can have much more difficulty than others in regulating their impulses, even when they know their behavior is self-destructive. As when he was younger, your child may still act first and think later—but now the stakes are higher and impulsiveness can potentially lead to substance abuse, aggressive behavior, unprotected sex, reckless driving, or other high-risk situations. Even minor impulsive behavior—interrupting others, fidgeting at his desk—may cause academic or social problems for your teenager as others expect more “mature” behavior despite the presence of ADHD.

It is important for you and your teenager to understand that behaving impulsively is not a moral failure on his part, but an aspect of his ADHD that requires special attention during this period. Your adolescent will benefit from learning about ways to minimize the potentially damaging effects of this behavior. Later in this chapter, you will find a number of suggestions that may help with managing impulsiveness in your teenager’s personal, academic, and social life.
Difficulty Focusing and Organizing

Teenagers with predominantly inattentive- or combined-type ADHD generally do not concentrate or sustain their attention as well as their classmates. At times they can find it almost impossible to focus on a class lecture, take good notes, or complete homework or other tasks. Others may characterize them as “flighty” or “daydreamy,” but these behaviors are aspects of ADHD, not willful behaviors or personality traits. Clearly, such difficulties can get in the way of your teenager’s desire to take greater control of his own academic success. He may start the school year determined to bring home a “great” report card, and have no idea why he is struggling with his grades so much more than his peers. An inability to focus can also defeat his efforts to succeed socially or at a job. Help your teenager understand that extra support may be necessary to help him achieve the higher demands of adolescence, and that this temporary support is a necessary step along the road toward independence.
Problems With Long-Term Planning

The adolescent surge toward independence is accompanied by a burst of maturation that helps most teenagers achieve their eventual goal of successful individuation. This development centers on what are called executive functions—the ability to plan ahead, conceptualize, and prioritize the steps necessary to reach a goal, and move systematically and non-impulsively toward that goal until it has been achieved. Teenagers with ADHD, however, can lag behind in this form of maturation. As a result, while your teenager may be as determined as his peers to “control his own destiny”—wanting to get a job or apply to colleges all on his own—he may often need extra support in achieving these goals. Discuss ahead of time how you and others can help and support him to take the steps he needs to succeed. Help him understand that a key to being a truly self-sufficient person includes knowing when and how to seek assistance—whether that involves scheduling a meeting with his teacher, asking a counselor for special guidance, or using a coach to help him organize and plan his homework.
Low Self-Esteem

Teenagers with ADHD can experience a good deal of difficulty in academic, social, or personal areas. Even with your support and empathy, such experiences can decrease your child’s confidence and self-esteem. Low self-esteem may lead him to refuse medication, avoid special educational activities, or do anything else that might make him appear or feel different from his peers. Lack of confidence may also leave teenagers with ADHD more vulnerable to peer pressure regarding drug use or other dangerous behaviors as they try to prove they are as “cool” as anyone else. This is an age when children need to be able to follow their passions and identify islands of competence. It is important to support these passions, even if they are activities like video games, and to consider that these activities can model that learning skills through repetition and hard work pay off. This can help teenagers see that they are competent and can learn anything by applying the same persistence to school or music or whatever.
Independence Issues

Teenagers want and expect to attend parties, get a driver’s license, and generally enjoy increasing amounts of privacy and independence with each passing year. Yet it is important for you and your teenager to understand that having ADHD can potentially make some activities riskier, and these may need to be monitored more closely than for his peers without ADHD. A teenager dealing with inattention, for example, may need to agree to drive only while his stimulant medication is in effect. If your child’s problems completing homework have led to poor or failing grades, he may need help with reviewing his work each night to be sure he has met his goals. Of course, your teenager is likely to resent and resist some of these potentially helpful measures, but he will also rely on you to set and enforce the necessary limits. You can make it easier for him to accept this continued dependence by problem-solving with him in a way that respects his needs by making sure that he is invited to help create the rules and routines he needs.