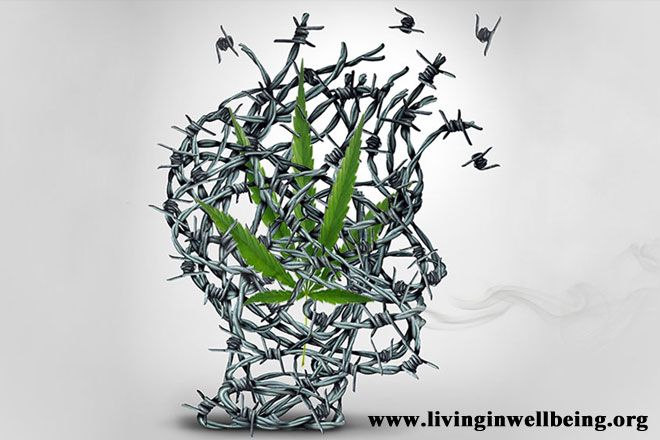 The rise of stress and anxiety has contributed a significant loss of productivity both practically every age group, but perhaps none has been more afflicted by this than seniors. Without the preoccupation of work and other obligations, anxiety seems to take a serious toll on the elderly, and more people are finding relief with CBD. Cannabidiol has been studied for its effect on over fifty conditions ranging from pain relief to neurological integrity.

Take a look at these 6 ways in which CBD actively reduces or prevents anxiety in seniors:

While stress is something we experience multiple times during the course of a day, it is the piling on of daily pressures that leads to chemical changes in the body as this energy gets locked inside without an escape. CBD can reduce some of the effects prolonged stress can have on seniors, particularly the feeling of being disconnected, neglected, or just lonely.
By working with brain receptors and hormones such as adenosine and serotonin, CBD can change your mood from a low point to significant feelings of contentment, peace, and even happiness. Research has shown beyond a doubt that feelings generate corresponding chemical reactions in the body, and this way, by engaging the endocannabinoid system to release more “feel good” hormones, it makes it easier to overcome intense feelings of stress.

Because of the restorative nature of CBD, it has been closely studied for the role it might play in treating some of the worst neurodegenerative diseases, including Alzheimer’s, Multiple Sclerosis, dementia, and a few other nerve conditions that affect seniors more than other age groups. Check out these studies showing how CBD reduces brain inflammation and promotes the creation of new cells, in addition to protecting existing cells:
i.This study from 2017 showing clearly how cannabidiol works to minimize inflammation that is common in the brain, especially for older people who are at a higher risk of getting Alzheimer’s disease.
ii.A different study from 2015 reviewing the use of cannabidiol to treat symptoms of anxiety such as irritation, agitation, and aggression, among patients with Alzheimer’s disease. The results were in favor of CBD.
iii.An older study from 2012 showing the way CBD reduces the spread of degenerative diseases such as Multiple Sclerosis and some of the symptoms including pain and muscle spasms.
All this matters because research shows a strong connection between neurological damage – the sort that comes out of old age – and psychological problems such as stress, anxiety, depression, and many others. Scientists are optimistic that the use of CBD might help prevent the spread of such conditions among the elderly population.

CBD may also reduce the symptoms related to cancer treatment such as nausea, vomiting, and pain; all of which can contribute to stress and anxiety for patients. The effect of cannabinoids on nausea is well known; but if you thought the only way this works is by smoking marijuana, then you will be pleased to learn that CBD also reduces nausea, despite its origin.
Both CBD and THC are incredibly effective at reducing medicine-induced nausea and other similar reactions, including anxiety; which in itself is the result of a complex system of nerves, brain signals, and hormones. A number of studies have shown how this works, and there is plenty of evidence supporting the use of CBD to prevent chemical reactions that lead to over sensitivity to external stimuli. One study showed that taking CBD before an event reduced sensitivity (and therefore anxiety) for people with a severe form of social anxiety.

Without proper sleep, anxiety levels almost always go up. This will affect you no matter your age; however, it is more likely to afflict seniors. As we age, we tend to shift our sleep/wake patterns to accomplish different goals, and because of changes such as climate, hormones, and prescription medication. Because of this, anxiety creeps in and makes life increasingly difficult. However, CBD can increase sleep quality to allow more time for the body to restore itself and strengthen essential systems, including your immune system, which is one of the first to take a hit when insomnia becomes a problem.
The restlessness and general lack of balance that comes from lack of sleep can be reduced significantly by taking cannabidiol in any form. As research has shown, the effect it has on the endocannabinoid system makes it one of the best treatments for insomnia.

There is a wealth of research around the area of neurological disorders and much of it is centered on what cannabinoids do to restore cell integrity, and to support the creation of new cells. Publications in major health journals have supported the use of CBD to treat against symptoms of epilepsy, including seizures and other evidence of neurological damage. At this point you might want to check into how CBD is being used to treat seizures. Here is one study worth looking at:

Study on how CBD reduces Neuro-inflammation and associated responses

CBD acts as a pain relief for arthritis, chronic pain, muscle pain, etc.
The best part about using CBD for bone health is that it will actually reduce the chance of developing diseases such as arthritis, muscle pain, chronic pain, and many other conditions involving the bones and joints. Of course in the case where a person already has a debilitating condition such as rheumatoid arthritis, one can become weak and fragile to the point where mobility is zero. With falling as one of the highest causes of death for men over 70, it’s not uncommon to find bone degeneration increasing anxiety levels, which is why CBD is useful here. It increases bone strength while reducing anxiety levels, and this goes a long way in improving quality of life. Bear in mind that self-medication is not what we’re advocating. If you or someone you know has any of these conditions, see a doctor.