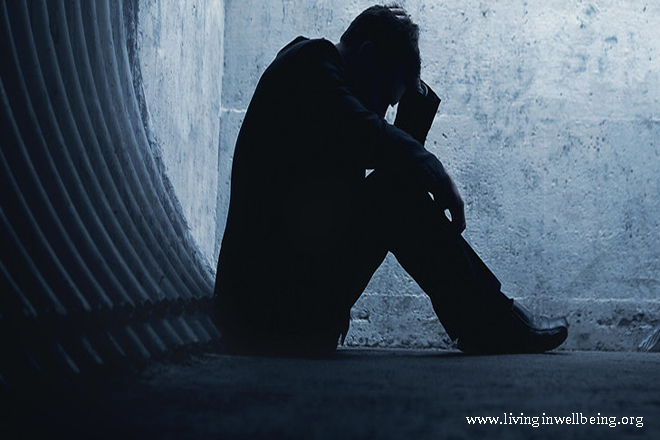 According to Hurlock (1981), adolescents are those who are at the age of 12-18 years. Monks, et al (2000) give an age limit is 12-21 years old adolescents. According to Stanley Hall (in Santrock, 2003) adolescents aged 12-23 years were in the range. Under the restrictions given by experts, can be seen that the onset of adolescence is relatively the same, but the end of adolescence vary widely. In fact there are also known as an extended adolescence, and teenagers who shortened.

teenagers and theirs problems 300x199 Teenagers and Their ProblemsTeenage is a time filled with problems. This statement was put forward much in the past, namely in the early 20th century by Mr. Stanley Hall of Adolescent Psychology. Opinions Stanley Hall at the moment is that adolescence is a period of storm and stress (storm and stress) is still widely cited of people.

According to Erickson adolescence is a time of identity crisis or identity search. Erickson idea was reinforced by James Marcia, who discovered that there are four identity status in adolescence is identity diffusion / confussion, moratorium, foreclosure, and identity achieved (Santrock, 2003, Papalia, et al, 2001, Monks, et al, 2000, Muss, 1988 ). Characteristics of adolescents who were proceeding to seek self-identity is also often a problem in adolescent self.

Gunarsa (1989) summarizes some of the characteristics of adolescents that can lead to various problems in adolescent self, namely:

1. Awkwardness in the association and stiffness in movement.
2. Emotional instability.
3. The existence of an empty feeling caused by the reform outlook and direction of life.
4. The presence of resistance and challenge the parents.
5. Contradictions within themselves often become the base cause of conflict-conflict with parents.
6. Anxiety for many things desirable but not capable of fulfilling all teenagers.
7. Happy experimenting.
8. Happy to explore.
9. Having a lot of fantasy, imagination, and crap.
10. The tendency to form groups and tendencies group activities.

Based on the review of development theory, adolescence is a time when the occurrence of rapid changes, including changes in the fundamental aspects of cognitive, emotional, social and achievement (Fagan, 2006). Some teens can handle this transition well, but some teenagers could be decreased in conditions of psychological, physiological, and social. Some adolescent problems that arise are usually dealt with many characteristics present in the adolescent self. Here are summarized some of the major problems experienced by adolescents.

Problems caused by physical changes experienced by many teenagers as they experience puberty early. In adolescents who had completed puberty period (middle and late adolescence), physical problems that occur related to dissatisfaction / concern of the physical conditions which are not usually held in accordance with the desired physical ideal. They also often compares his physical with another person physically or their idols. These physical problems often lead to a lack of confidence. Levine & Smolak (2002) states that 40-70% of adolescent women to feel dissatisfaction at two or more of the body, especially on the hips, buttocks, abdomen and thighs. In a research survey also found nearly 80% of this adolescent experiencing dissatisfaction with their physical condition (Kostanski & Gullone, 1998). This will be self-dissatisfaction is closely associated with emotional distress, excessive thoughts about their appearance, depression, low self esteem, the onset of smoking, and eating behavior maladaptiv (& Shaw, 2003; Stice & Whitenton, 2002). Further, body image dissatisfaction would this be a sign of the beginning of the emergence of eating disorders like anorexia or bulimia (Polivy & Herman, 1999; Thompson et al).

In adolescent health issues are not many who experience chronic pain. Problem is the case is the lack of sleep, eating disorders, or use illegal drugs. Several accidents, even the biggest cause of death in teenagers is a characteristic of those who like experimenting and berskplorasi.

Use of alcohol and illicit drugs in recent years has been very poor. Despite efforts to stop already promoted but cases of this drug use did not seem to diminish. There are peculiarities why teens use drugs / drug which is likely the reason they use different reasons occurred in adults. Santrock (2003) found several reasons why teenagers consume drugs is because they want to know, to enhance self-confidence, solidarity, adaptation to the environment, or for compensation.

* The effect of social and interpersonal skills: including the lack of warmth from parents, supervision, control and encouragement. Negative assessment of the parents, the tension at home, parents divorce and separation.
* Effect of culture and manners: view the use of alcohol and drugs as a symbol of resistance to conventional standards, short-term goal-oriented and hedonic satisfaction, etc..
* Interpersonal Influence: including a temperamental personality, aggressive, people who have external locus of control, low self-esteem, poor coping skills, etc..
* Love and heterosexual contact
* Sexual Problems
* Teen Relationships with Both Parents
* Moral Issues, Values, and Religion

As with the opinion of Smith & Anderson (in Fagan, 2006), he thinks most teenagers do risky behavior is considered as part of the normal developmental process. Risk behaviors are most often done by teenagers is the use of cigarettes, alcohol and drugs (Rey, 2002). Three types of effects that allow the emergence of drug and alcohol use in adolescents:

One result of the functioning of gonadotrofik hormone produced by the hypothalamus gland is the emergence of feelings of mutual interest between male and female adolescents. This attraction can be increased at the higher feelings of romantic love (romantic love) that is overflowing desires to someone or people who often call it “love.”

Santrock (2003) argued that romantic love marks the teenagers and their love life is also an important thing for students. Romantic love includes a set of mutually mixed emotions such as fear, anger, sexual desire, pleasure and jealousy. Not all emotions are positive. In a study conducted by Bercheid & Fei found that romantic love is one of the causes of a person suffering from depression compared with problems with friends.

Another type of love is love affection (affectionate love) or often called the love of togetherness that is as it appears the desire of individuals to have other individuals in close and deep, and give love to that person. Love love love is more marked during the adult than adolescent romance.

With the mature sexual organs in adolescents will lead to the emergence of sexual urges. About sexual problems in adolescents is around the issue of how to control sexual impulses, conflicts between what is permissible and which ones should not be made, the existence of “abnormal” they experienced related to their reproductive organs, sexual abuse, homosexuality, pregnancy and abortion, etc. (Santrock, 2003, Hurlock, 1991).

Among the changes that occur in adolescence, which may affect the relationship between parent and teenager are: puberty, develop logical reasoning, idealistic ideas that rise, expectations are not met, changes at school, peers, friendships, dating, and relationships to freedom.

Some conflicts are common among adolescents with parents is only about everyday life issues such as hours of returning home, how to dress, tidy bedroom. Such conflicts rarely cause major dilemma compared with the use of drugs and juvenile delinquency.

Some adolescents also complained about the ways parents treat their authoritarian, or the attitudes of parents who are too rigid or not understanding the interests of teenagers.

Lately, many parents and educators who are concerned that their children, especially adolescents experiencing moral degradation. While the teens themselves are also often faced with moral dilemmas that adolescents feel confused about the moral decisions that must be taken. Although in their families have instilled the values, but the teen will feel confused when faced with the reality turns out those values are very different from the values encountered with friends or in a different environment.

Supervision of behavior by adults has been difficult to do against teenagers because teenagers are very spacious environment. Grinding of conscience as an internal control adolescent behavior becomes very important that teens can control their own behavior when no parent or teacher and soon realized and improve themselves when he did wrong.

From some of the evidence and facts about teens, characteristics and problems that accompany it, may be a discourse for parents to better understand the characteristics of their adolescent children and their behavior changes. Their behavior is definitely different now from childhood. This sometimes is a separate stressor for parents. Therefore, it takes extra effort and patience to really prepare our youth will face adult life.