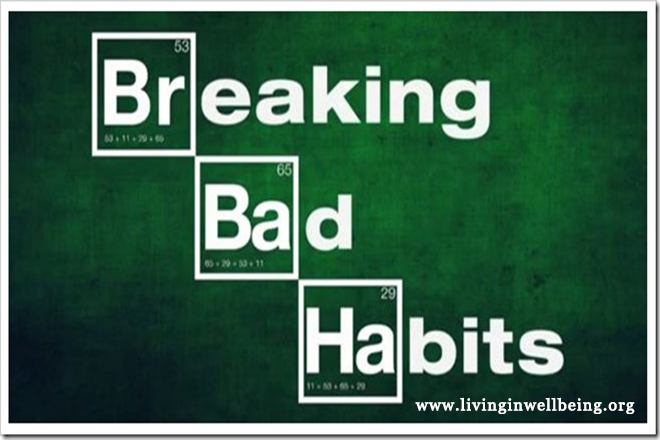 If there are things you need to do on a regular basis that you keep putting off, such as working out, cleaning the house, going grocery shopping, or studying for your classes, you need to stop procrastinating on these tasks by turning them into habits. Habits are actions that you've taken on such a regular basis that you start doing them on automatic, without having to think about it. Because they don't require thought, you don't procrastinate; you just do them.
Keep in mind that your habits can be daily, weekly, monthly, or even yearly. Here are some examples:
• Brushing your teeth every day is a daily habit.
• Doing the laundry every Saturday is a weekly habit.
• Balancing your checkbook on the last Friday of every month is a monthly habit.
• Doing Spring Cleaning on the third week of March every year is a yearly habit.
You don't need to talk yourself into brushing your teeth each morning; every morning you just get up, and you do it. The same is true for anything else that you've turned into a habit: at the predetermined time you get up and you do it. When you need to do something that's not a habit, you're very likely to start a debate with yourself, such as the following:
• Maybe I should call my sister first; I haven't spoken to her in a while.
• I'm feeling a bit tired today; I'll do it tomorrow.
• I think I'll just check my email first.
• I'll read one more chapter of this novel, and then I'll do it.
All of the statements listed above are procrastination tactics. Once you've turned something into a habit it, you'll stop having these conversations with yourself when it's time to carry out the action which you've made automatic. Here are some basic steps to take in order to turn something into a habit:
• Create one habit at a time.
• Write down exactly what you're going to do.
• Start small. If you want to start exercising, don't set a goal of jogging for an hour five times a week. Instead, start out by walking for twenty minutes five times a week.
• Set a specific time and day on which you're going to carry out the action.
• Do it for 30 days. At first, taking the action that is needed will require willpower. However, if you push yourself to carry out the action which you're trying to turn into a habit for thirty days, it'll start to become automatic.
Decide right now on a task that you want to stop procrastinating on, such as getting started on your novel. Then, take the necessary steps to turn that task into a habit. Get into the habit of getting up each day and writing for an hour before you do anything else. Once it's a habit, you'll start doing it on auto-pilot. Before you know it, you'll have written your novel. Creating habits is a great way to stop procrastinating on the things that are important to you.
About the Author
Written by Marelisa Fabrega. For more information on overcoming procrastination, visit Stop Procrastination in Its Tracks.