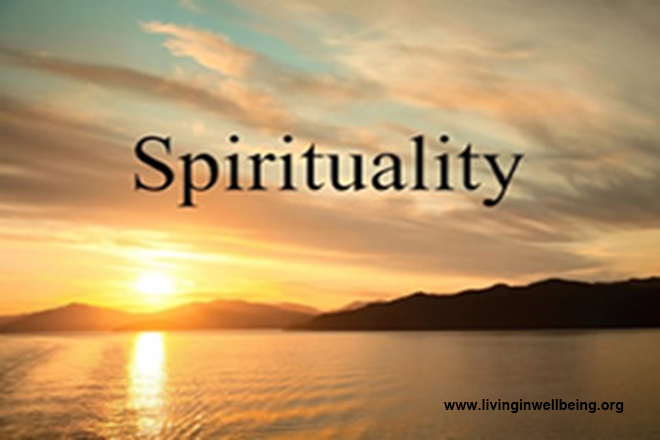 The link between spirituality and health has a longstanding historical basis.
For centuries, people have intertwined spirituality and health with the belief that if you are confident in and diligent about your spirituality then the result would be continued good health or improved health. And one could argue that such a belief has continued to this day because it is successful. Lets discuss how this belief works its way into today's medical practices and what role spirituality has when it comes to health and wellness among the general population. We can start by taking a look at how spirituality is defined and move into its role in health and healthcare today.
Spirituality has different meanings to different people, yet the concept remains the same.
When defined by a dictionary, spirituality can refer to a reality that is other-worldly and immaterial, often referred to as an ultimate reality. It is the meanings and values by which people live their lives and it can also be defined as an inner path that helps a person connect with ones true self. It helps a person become connected to something greater than oneself, and many times includes the belief in an ultimate being. No matter the specific definition, the concept of spirituality is understood by all. This is evident in the thousands of religions established throughout history and all of those that are still in practice today. In addition, there are people who believe that spirituality can be a personal development that is outside of organized religion.
There is research to support the connection between spirituality and health.
Scientists have spent countless hours hypothesizing, researching and experimenting in order to understand and document a potential connection between the practice of religion, regular prayer and a persons health and well-being. As with many things, concrete evidence is the key to getting the world to truly believe, and these experiments are mainly based on extended observation. But the fact remains that findings of these experiments have uncovered a general link between religious practice and a persons health. For instance, the studies suggest that people committed to a religion show fewer signs of psychological and physical disorders, thereby needing less visits to the doctor. Also, studies have found that spiritual people have a lesser risk of certain diseases and even heal faster from surgery.
How does spirituality work its way into the practice of medicine and the healthcare industry as a whole?
The fact is that a number of American schools have actually incorporated classes that deal with spiritual issues into the regular course of study for their medical program. Therefore, new doctors are already going into practice with the idea that spirituality can affect a persons health. It is also true that many doctors will align themselves with medical associations that offer a religious affiliation, such as the Christian Medical and Dental Association.
Many Americans actually seek doctors that are aligned with medical associations with a specific spiritual belief.
It is no secret that the American healthcare industry has a less than stellar reputation with the general public. People are interested in finding ways to feel comfortable about their medical treatments and connect with medical professionals on a personal level. Religion is a binding agent that creates an unspoken bond between patients and doctors and cultivates a trusting relationship. When a patient trusts that a medical professional has his best interests at heart, he is more likely to agree to the treatment recommended by that doctor.
Some doctors will go as far as giving attention to the patients spiritual needs and recommend treatment accordingly.
Medical associations with a religion affiliation have integrated spiritual practices into their policies, thus making a patients spirituality a focus. These new policies include things like getting a spiritual diagnosis by involving a chaplain in the persons care and having the chaplain offer spiritual counseling. Doctors are also giving more attention to a persons fears, hope and dreams  all things that may be linked to a patients spiritual belief. By focusing more attention on spirituality and its role in a persons life, the doctor more compassionate and provides treatment to the patient as a whole person rather than as a strictly physical being.
About the Author
Spirituality and Health Magazine - We report on the people, the practices, and the ideas of the current spiritual renaissance. Spirituality Health is open to all points of view on spiritual questions, drawing on the world's wisdom traditions as well as science, psychology, sociology and medicine.

Posted on January 22, 2014 by Dr.Purushothaman Kollam in All General Blogs & Articles, Spirituality & Religion In Life