Home / All Featured Articles & Blogs / Know Something About Listeriosis 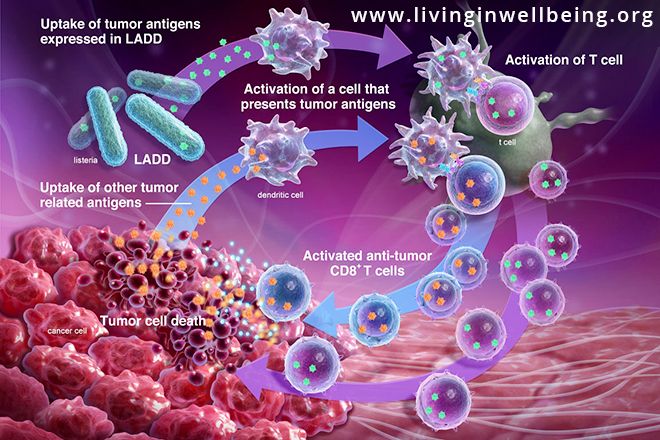 A very different kind of bacteria called Listeria Monocytogenes found in soil, animal faces, dust, raw meat and processed food invades the human body to cause infection called Listeriosis. The symptoms of this infection listed below could be very much felt and equally hazardous.

This type of bacteria enters our body through the fruits and vegetables that we intake. This is because they are sometimes contaminated with Listeria Monocytogenes bacteria while in the soil. Even when you do not cook the raw meat properly, these bacteria present in them could easily invade your body. Eat healthy and prevent this infection from affecting you.

The symptoms are as follows:

Fever: Fever is one of the most common symptoms to come first when you are infected with the Listeria Monocytogenes bacteria. Fever is actually the result of the immune system detecting the foreign invasion in the body. These bacteria are considered as pyrogens which causes fever in the invaded body.

Muscle Aches: Another most experienced symptoms are the muscle aches that are caused by the invasion of the Listeria bacteria. When these bacteria invade the human body as it directly hits the muscle tissues. This type of bacteria releases certain substances that actually cause damage to the muscle fibers which in turn causes immense muscle pain in the invaded body.

Loss of Balance: Listeria is able to make people lose their balance. Such a situation arises when the bacteria that includes Listeria enters the body and tends to create inflammation round the inner ear. When the inner ear is affected, it naturally affects the balance and you will feel loss of balance.

Diarrhoea: Suspected victims of these bacteria suffer from Diarrhoea. In any situation when there is some wrong related to your gut, then the first thing that happens is diarrhea. The major problems caused by bacteria and viruses are in the digestive system. These bacteria called Listeria are considered bad bacteria and they actually affect all those good bacteria in your digestive system and causes problems with bowel.

Confusion: Lack of concentration is something that affects us very badly. Such a situation creates confusion in us. This symptom is seen when you are suffering from Listeria. The bacteria enter our brain and create infection inside. If this condition is not treated right from the beginning, it can lead to chronic disorder called dementia. Such a condition will lead to the decline of the function of the brain.

Headache: A major symptom that comes with these bacteria is the headache. The bacteria mainly go to the area of Gastric ulcers which in turn causes headache. On complaining about headaches and suspected with the Listeria bacteria doctor is sure to provide relief with antibiotics.

Back Pain: Infected with the Listeria bacteria you could also get heavy back pain since the bacteria through the vascular route also enters the spine. The science behind this symptom is that the spine drains to the pelvic which provides a direct route for the bacteria to the spine. Research says that about 40% of back pains are a cause of bacterial infections. Reading health articles which deal with such infections can let you know more about the disease in detail.

Abdominal pain: Abdominal pain is one of the major symptoms of people affected by Listeria Monocytogenes. When the body is invaded by Listeria, there will be inflammation in the gut. Such an inflammation can lead to a lot of discomfort in the abdominal region. People with weak immunity tend to get inflammation of the bacteria in the gut region. For treatment of this condition, you should take in food which has got more amount of potassium, such as banana. Drinking plenty of fluids too can help in treating the condition.

Miscarriage: The Listeria bacteria may also attack pregnant women in some worst cases since they remain susceptible to bacteria attacks in large amount. The bacteria can cause fatal consequences to the affected pregnant woman, which may lead to miscarriage. The bacteria actually cause inflammation in the endometrium making the embryo to develop.

Still Birth: Listeria affected pregnant women may also face another fatal consequence like still birth. The cause of these bacteria the fetus dies mysteriously on reaching 20th week of pregnancy. The most alarming fact being that 1 out of 10 still birth is caused by infections.

Now when you are aware of this bacteria symptom and how it is caused, you can easily keep yourself protected from them through maintaining proper hygiene for yourself. By following a healthy lifestyle, you can prevent the infections from Listeria Monocytogenes.

Posted on April 25, 2018 by Dr.Purushothaman Kollam in All Featured Articles & Blogs, All General Blogs & Articles, Health & Lifestyle Changing, Healthy Living Tips for All, List of Diseases & Details, Wellness & Wellbeing for All