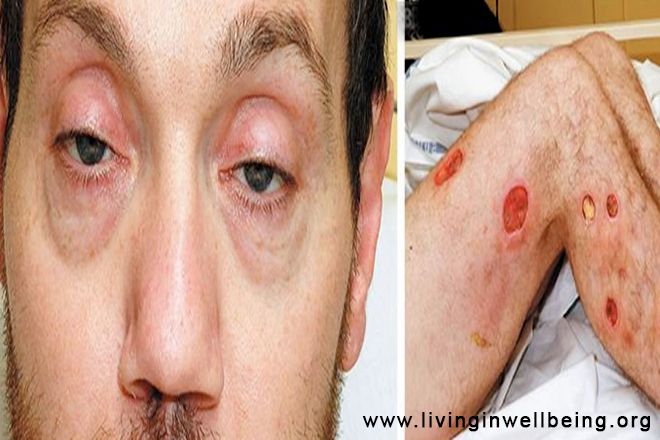 Botulism is a rare and acute disease that is caused by the toxin produced by the bacterium Clostridium botulism. The nerves are attacked with the disease and that makes the condition turn serious. Botulisms are of 3 kinds i.e. food borne, wound or infant botulism. When one is affected by the disease, it is a state of emergency as it calls for quick and immediate medication to save the patient from extremities as this can even lead to death. It is important to detect the symptoms of the disease at the initial stage to help prevent further damage and to save the patient. A healthy lifestyle will always help prevent and fight diseases.

The early symptoms of botulism are similar for all 3 types. It is in the later stage that each type has its own symptoms. One must know the symptoms so that they can catch the disease early and help prevent it from worsening for the patients. A few of them are:

Botulism and its symptoms based on the three types

The symptoms of the three botulism types later show particular symptoms. They are stated in the following points-

Food Borne Botulism
It is evident and well understood that food Borne botulism occurs when people consume particular food items that are affected by the toxin. The symptoms include nausea, vomiting, cramps and pain in the abdomen, diarrhea. Later, the nerves are affected and that leads to blurred vision, severe headaches, dry mouth, and eyelid fall. The eyelid fall is very evident and it shows up completely. For some, they even suffer from impaired speech, difficulty in swallowing food. Muscle weakness can be called as the major symptom of this type of botulism. It can affect the head muscles, the muscles of the upper arm, muscles of the respiratory system as well as the muscles at the lower limb. This can actually prevent free movement of the body and the various parts.

Wound Botulism
This type is caused when drugs are injected and they may be affected by the harmful toxins. The First sign is that the injected area becomes red and swells. Later, the patient will have a dry mouth, dry throat, difficulty in speech and swallowing food, facial weakness and breathing difficulties like respiratory failure that can cause death. Fever is also a common symptom.

Infant Botulism
Toxins that affect the infant’s nervous system cause infant Botulism. The children suffer from weakness, fatigue, difficulty in speech and swallowing food, fever, drooping eyelids and the head, neck and limbs lose its stiffness.

As we read above, the symptoms are extremely painful and the toxic disease can cause a life threat. It is better to take all precautions in order to prevent such a disease. One must always be careful when they buy canned foods as that are a major cause of food borne botulism. When one is wounded, it is advised to thoroughly clean the wound with an antiseptic to prevent the toxins from entering the body. The infants are too young to understand diseases; the parents must take care of the child. The doctors will always suggest Natural health tips for prevention of such dangerous diseases.

Search for a few ways to prevent and find benefits online for easy detection and recovery.

Posted on February 9, 2018 by Dr.Purushothaman Kollam in All Featured Articles & Blogs, All General Blogs & Articles, Health & Lifestyle Changing, Healthy Living Tips for All, Wellness & Wellbeing for All