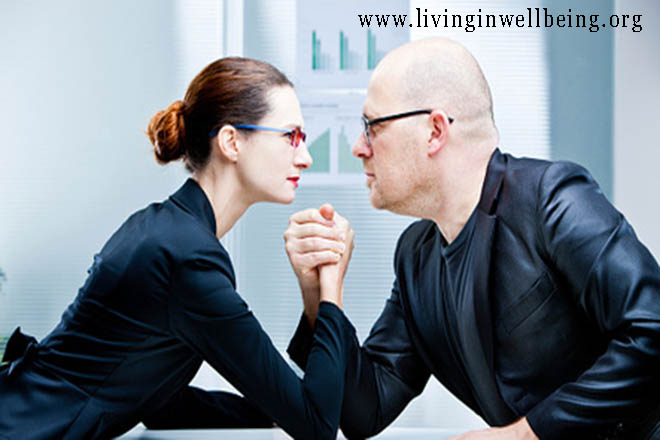 Human beings have this natural instinct to either fight or to flee when we are forced to respond to any stressful situation. As a matter of fact, both these ways are not appreciable. If you want to give your opinion, you have to indulge in conflicts but prove your point by speaking diplomatically in a very good manner. So the point is you need not hurt a person while indulging in a conflict.

What is a Conflict? What are its ill effects?

Any difference of opinion among people can lead to excess stress and tension. This can be termed as a conflict. In a conflict, people tend to use of harsh words in the conversation. Sometimes conflict can become destructive. This has to be avoided. When people avoid conflicts, there is big stress and tension going on in their minds. When this stress is not released, it back fires leading to several problems relating to health and emotion.
Turn out conflicts into learning factors and as methods of giving positivity. You can follow the given techniques in your life:
• If you feel angry and frustrated and you are about to react very badly, suddenly pull yourself back. If you react very badly to the next person when you are angry with him, let not your actions make you regret later. Take deep breath through your nose and allow the air to flow through your stomach and release it though the mouth. This can calm you up. Stretch your body and discard all the discomforts.
• Take conflicts in a lighter manner. If you take a conflict as though it is happening to someone else, then you can give relaxation to your mind.
• If you have been involved in a conflict or if someone has fired you, then it is not right to show your anger towards another person who is not even aware of your situation. Be wise enough to leave the problem there itself and continue to move forward. Your mood should never affect another person’s peace of mind.
• Be aware of your non verbal communication. It is obvious that you tend to show negative expressions or tend to use gestures which show clearly that you are angry and irritated. Try to avoid such gestures and body language showing irritation and anger. Control yourself.
• If you want to avoid conflicts or arguments, then it is better if you avoid adding fuel to fire up the situation. Never criticize a person, insult him with verbal as well as non-verbal activities or never see yourself as the reason for all the problems.
• Try to understand the other person’s mind. Think on why the person is reacting and listen calmly. This can reduce the tension going on and can decrease the conflict.
• Apologize if you are responsible for the conflict.
• If you want to communicate with a person, never text or mail him. Ring him up and speak to him personally. Your tone as well as your way of conveying the message counts very much.
• Never control others. All you can do is to control yourself. Another point which is important for you to understand is that you can never control a situation. If you behave well, you can to an extent control the situation.
• Be forgiving. We can avoid conflicts and arguments if we tend to forgive others and let go.
An argument or conflict simply arises to prove who is right and who is superior among the duo. Conflicts can give bad effects on relationships. Our true good nature is affected as a result. Today, most people love to dominate and gain more power and superiority among the whole lot. For this reason, they do not care to love or forgive others. Loving and caring for others will never lead to conflicts. Avoid conflicts, let go your difference of opinion and live in harmony with your fellow beings, thus helping in bringing up a peaceful atmosphere in the society we live in.
For More Support