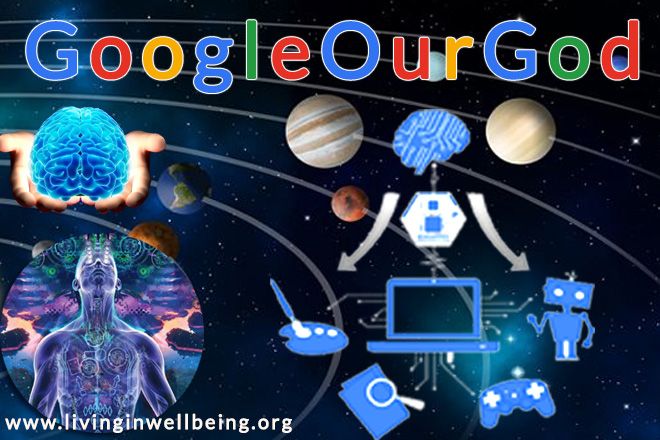 If there is a common factor bringing billions around the world together, then it’s none other than the search engine called ‘Google’. All of us resort to using it at least once a day to check up even the most random things that we come across. The popularity of this search engine has reached such a point that the word ‘googling’ has been coined. Now, instead of searching, we instead Google things and honestly, it has made life a whole lot easier.
Though to what extent does this search engine command control of our life? Has its influence on us become so strong that now Google is equivalent to a digital God?

The Advent of Google

Everyone’s beloved search engine could have gone by the name of Backrub but thankfully its founders thought of changing it to Google. It was in the year 1995 that Larry Page decided to do his graduation from Stanford and as destiny would have it, the student assigned to show him around was Sergey Page. It didn’t take long for the two bright minds to strike a partnership. After careful research, they both built this search engine out of their dorm rooms which would later change the way people use the internet.

Initially, their achievement was only confined to the academic community who made good use of this unique platform. It very soon caught the attention of Silicon Valley investors who were interested in launching this search engine to a global audience. The co-founder of Sun, Andy Bechtolsheim made this possible in 1998 by financing the duo and becoming the force behind the birth of Google Inc.

Almost two decades later, this invention has reached a popularity that even the founders had never imagined. From a single platform, it later stemmed into Google news, Google map, Google Chrome and more. Presently, Google rules over the internet and has a globally recognized presence.

One simply can’t think of anything that has such an all-encompassing presence then this search engine. It is everywhere, quite literally and we have fallen for it, hook, line, and sinker. This virtual reality is the only entity that we consort to for solving all our queries and there is probably not a single soul who is unaware of its presence. Google can be accessed from anywhere on this Earth and there are billions of us using it at the same time. There are over 9.5 billion web pages that this search engine indexes which alone shows how far its reach is and how much it is put into constant use. Its search results give you answers in terms of relevance and in a carefully structured manner.

To those not aware of the technical details of what goes into finding such an unlimited plethora of information are just awestruck at how this search engine operates. Even those who are acquainted with the functioning aspects of it are amazed at how efficiently it carries out such strenuous searches.
With its algorithms spread the world over in innumerable servers, it is in no way wrong to say that Google has become omnipresent. It has made its way into the lives of everyone and has become an inseparable part of our daily existence.

The Era of the Digital God

While the presence of an intangible God can be hard to connect to, you certainly have a tangible equivalent that has solutions to most if not all your queries. While praying to your favorite God might require patience before the fulfillment of your wishes, Google works instantly. It will give you answers to every question that you have which is why it is easier for some to believe in Google than God.

For all personal and professional enquiries, we resort to this digital God. It is infinite and covers everything that has ever been there and as the internet steadily expands, Google will easily index its growth.
We still might turn to a religious figurine in times of doubt but nothing else can come close to fulfilling our quench to know everything. In the present times, when everyone uses the internet be it on their laptops or smartphones, Google is nothing less than a digital God. It might not be a wish-fulfilling genie but it certainly has powers to make our lives way smoother.

Our lives pretty much revolve around a search engine and for some, this notion is interesting and also disconcerting. Having information at a click of a button is surely a power that makes things simpler for all of us but it has certainly instilled the seeds of dependency in many. From finding out what happened in the news to look for the perfect dress, we only resort to Google. Having easy access to everything and moreover, finding it under one search portal is certainly time-saving but it has also made us lazier.

The present generation would never dream of opening an encyclopedia, going through a thesaurus or reading newspaper on a daily basis. These tasks that once were a common way to stay updated, improve vocabulary and finish projects have now become a tedious option. Since it’s so easy to look up things on Google, even relying on any other means is a test of patience for many. The change that this search engine has brought is immense and not all of it can be counted as an improvement. At the same time, it would be completely wrong to discredit it as it has brought a transformational change in how we seek and consume information.

Google has certainly brought an immense change in how people view and make use of the internet in their everyday lives. Though whether it’s a gift that has given us infinite powers or a dependency that is steadily making a slave out of us is the question of the hour. Every technology certainly has its pros and coins and it completely depends upon how we make use of it. This famous search engine too falls in the same bracket and what we do with it is our own personal choice.

Posted on October 6, 2019 by Dr.Purushothaman Kollam in All Featured Articles & Blogs, All General Blogs & Articles