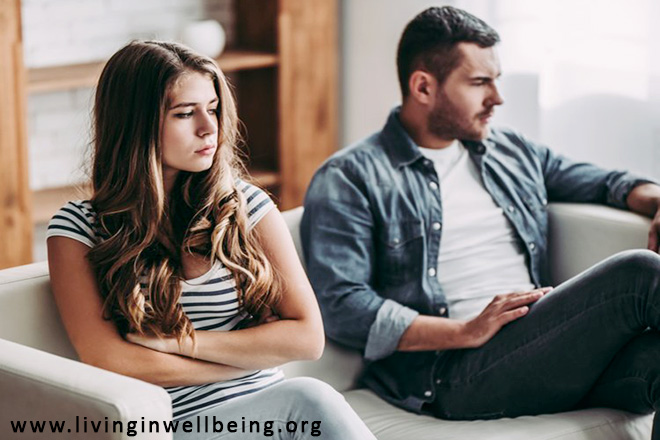 We all have seen couples who have been together for years and decades, but they don’t seem to like each other at all. In fact, you might notice their extreme dislike or even hatred towards the other spouse. We wonder how a couple that got married so in love and spent so many years together can come to hate each other.

We have listed a few of the common factors that contribute as relationship killers in the long run:

People are constantly growing regardless of age. We have life experiences that shape and form us to become the way we are. Sometimes very cheerful people go through traumatic experiences that flip their perspective over and they start thinking differently. For example, a woman going through a miscarriage; both the spouses deal with grief in their own ways, and not together, that leads them to spiral in a loop of misunderstandings and eventually hatred.

Growing old together isn’t always as golden as everyone thinks. It can be quite tedious putting up with someone who has tastes and preferences that are the polar opposite to yours. Eventually, when they don’t get enough space and the thought processes don’t match, couples start getting irritated and impatient.

A well-run marriage is like a well-tuned watch. The cogs and hands work in perfect synchrony with each other and unfortunately, some couples aren’t a good match. Some try and successfully create a partnership and live a happy life, the rest are rigid and unwilling to adjust according to the demands of a relationship, such as dedicating time away from work to bond.

May a time, one or both of the spouses suffer from a drug and alcohol abuse problem. Addiction is extremely toxic as it leads to further health issues. If one spouse is an addict, they may make the other spouse feel tortured, lonely and depressed. This is a very common relationship killer.

Financial adversities can tear families apart like a hurricane or brings them closer than ever. For people who are married to inconsiderate and spendthrift spouses, running the house becomes a difficulty. Likewise, a spouse who earns well but has the worst taste in investment and spending is equally difficult to deal with. When partners try to change such habits in their spouse, a rift is inevitable.

Constant power battles to stoke one’s ego is very hurtful. A marriage is meant to be a partnership where both the spouses come to the table as equals, regardless of their achievements and earnings. If they hurt the other’s dignity by making them feel inferior, it is obvious that the hurt spouse will grow to hate instead of love the other. You see these equations in a marriage with a Narcissist.

Lack of communication at the end of the day and on free days will slowly kill a marriage. The couples who don’t get time to themselves to be intimate and reconnect or talk about their feelings, eventually feel like they are not married to the person they knew once.

Couples’ hatred often isn’t as simple as infidelity and unfaithfulness; there are several causes that lead to this kind of a turn in a relationship. These little things can be fixed with consistent efforts from both the spouses; Living in Wellbeing is here to help you with exactly that. Get in touch with us we will be happy to fill happiness in your married life.