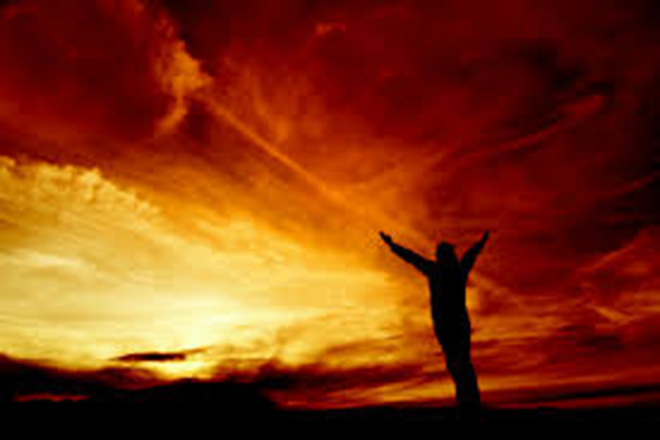 We come now to the fifth stage in spiritual development, the stage of maturity.
Maturation: The Ability to Take Care of Oneself
As an organism grows normally, it matures. It comes to the stage when it becomes able to take care of itself. The trunk of the plant becomes stronger, its roots grow deeper and its leaves multiply to transform light into its energy to grow still more.
The animal is now able to look for food by itself, adapts to its environment and gathers what is needed by its family or group of animals, such as food in the case of ants.
As the human being matures he/she learns a necessary profession, a trade or work so that he/she can feed himself/herself, and his/her family later on.
So also in the spiritual life, the spirit matures. It learns the necessary activities so that he/she no longer relies on preachers, ministers, priests, and teachers for his/her spiritual life. He/she now gets his/her spiritual nourishment by himself/herself from God and from him alone.
Duration of Maturation Varies
Reaching maturity in the spiritual life takes time, just like in spiritual conception. Again, as in spiritual conception, the length of time varies. Some will take a longer time to mature than others. A few or rather very few reach maturity quickly, even just within a year. Most will take years, even decades to mature.
The length of the period of maturing also usually depends on what physical age the spirit enters this stage. An older person may possibly reach maturity faster than one who enters at a younger age, although this is not always the case.
There are documented cases of young persons who reach spiritual maturity very quickly, even faster than those of older age.
Maturation in Prayer
The process of spiritually maturing usually starts with an improvement in the way one prays. When a person starts to pray he/she normally uses words, either spontaneous or formulated. It is spontaneous prayer if the person just uses words he/she finds by himself/herself to express his/her feelings or needs. It is formulated prayer when he/she uses an already written prayer like the Our Father in Christianity or the Surah Al-Fatihah in Islam.
As a person matures in the spiritual life he/she transcends or goes beyond praying by words, either spontaneous or formulated. He/she gives more and more intense attention to what he/she is praying. He/she now prays with his/her mind, not just with his/her lips, with greater consciousness of what he/she is praying about.
Still progressing in the way of praying, he/she transcends or goes beyond thinking of what he/she is praying about. Instead the focus now of his/her prayer is on the person he/she is praying to: God. He/she thinks more and more of God, learns more of him and grows in affection towards him.
Through this process of praying, the spirit reaches maturity. He/she begins to have his/her own spiritual resources because he/she is now more and more united to the source of all resources, God himself. As he/she thinks more of his/her spiritual parent, God, and draws closer and closer to him by affection, he/she actually becomes more and more like him, God. He/she becomes more and more godly.
The topic of spiritual maturation is a very rich one and volume upon volume of books has been written on this. Let me just briefly discuss the three surest signs by which we know that a spirit has matured.
Indications of Spiritual Maturity
The first indication of spiritual maturity is that the person is becoming more and more conscious of his/her dependence on God for everything that happens in his/her life, whether this pertains to his/her body or his/her mind. He/she becomes more and more conscious that his/her physical health and well being, his/her food, medicines, etc., depend on God and God alone.
We are all dependent on God, but most of us are not aware of this. We think we can do things by our own. The spiritually mature person on the other hand is more and more conscious of total dependence on God in everything in his/her life.
The second indication is a gradual detachment from everything that is not God, whether this is material, physical, intellectual, or aesthetic, in oneself and in others.
He/she is no longer attached to his/her material wealth if he/she has this, nor does he/she complain of poverty if this is his/her lot.
He/she is no longer attached to his/her good looks if he/she is physically handsome or beautiful. Nor does he/she complain of physical ugliness or disability if this is his/her lot.
He/she is no longer attached to his/her ideas about anything, about others, about himself/herself, or about anything. If he/she has attained high educational attainment, he/she no longer relies on this to produce ideas or manage things.
The third indication of spiritual maturity is a critical stance or attitude to the way religion is practiced by himself/herself and by others. He/she now criticizes himself/herself on his/her religious practices. He/she realizes that these are not enough. He/she has no self-satisfaction in his/her religious practices, in his/her following God's commandments. He/she realizes that he/she is always deficient in obeying what God requires of him/her.
There are other signs of spiritual maturity, but these three are the surest signs that a person has entered into the period of spiritual maturity.
About the Author
Jose Bulao, a Carmelite secular, wants to help you in your spiritual development. He has taught philosophy, theology, religious studies and other subjects. To learn more about the process of your spiritual development click this site http://developspirit.blogspot.com/. At the end of this blog site there is a link to a free e-book, A NEW CHRIST by Wallace D. Wattles. Get it free.