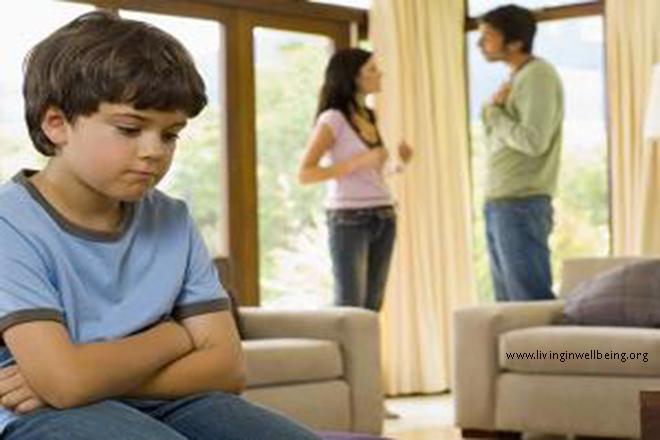 She whispers for hours on the telephone to someone whom she claims is "just a friend". She is absent-minded and you can often see her staring into space with a contented smile upon her face. She is your teenager and she is in the throes of her first crush!

To have the capacity to feel a crush for someone is the first greatest discovery of being an adolescent. That is the time when your teenagers room is filled with posters of handsome and beautiful stars.

The beginning of a crush is often marked by a total enslaving of the "fan" towards a very distant object of adoration which is not reality but more of a dream.

Anybody who does not have a crush on any movie star or rock star during his adolescence can possibly have a stunted psychological and emotional growth, was what one of my psychologist friends, Joe Ross told me. This crush can be even towards someone seen fleetingly and never ever seen again. But that person seems to be the epitome of everything that is perfect in every way!

It can also be a college mate whom your teenager does not dare to approach because her or she is so unattainable.

It is noticed that children who do not go through this stage of crushes during any stage of their childhood or adolescence grow up to be antisocial and emotionally underdeveloped. This is due to the fact that they do not want to allow themselves to get attached to someone, even if he or she is someone totally unattainable. So, when they have to start relationships with "real life" people, they find it difficult to communicate and open up, in a normal way.

It is usually at the age of 15 or 16 that a teenager decides to do something about newly found emotions and dreams of love for someone other than his parents and family. It is this love which will allow her to move away from the secure cocoon of family life and affection while being assured of reassuring transition to adulthood.

The idea of boyfriend or girlfriend has never been part of the Oriental tradition, but a life expectancy in the medieval ages was very low, child marriage were the norm. However, thanks to the superimposition of Western culture and beliefs on us through books and the cable TV, it is not unusual to see parents of schoolchildren teasing them about their boyfriends and girlfriends. Here are some facts about teenage crushes which every parent should know.

She is certain that this is the love of her life

At this age, which is romantic beyond compare, girls normally dream of love at first sight or a romantic strike of lightning. It is usually someone older whom they believe is the love of their life.

In this case even if this enthusiasm makes you want to laugh a little, remember that making a mockery of his or her emotions is going to make your teenager rebel with the age-old cry of, "You don't understand me! What do parents know about love?" She will also tell you that grand historical romances always occurred when the hero and heroine like Romeo and Juliet were teenagers. It would be no use to tell her that these stories spoke about life as it was then and not as it is now! After all Juliet was only 14 when she met and married Romeo.

And everybody knows how disastrous that turned out to be! It is not the job of parents to make this teenager come down from the clouds; her life is charged at the moment with the idea of being in love! The only risk is that she lives in a world of illusion and not in reality. Young boys, however, are more interested in experiences rather than emotional engagements.

She is fickle in her crushes

Yesterday she supposed herself to be in love with X, today she is desperate for Y - what is going to happen tomorrow? In searching for the love of her life, an adolescent passes through the stages of being enamoured by many specimens! You can call first loves, fireworks intense and burning red hot but without any substance.

What should parents do under such circumstances? Do not get really worried and remember that your child is more intelligent than you give her or him credit to be. She is just trying out her wings and her power to show that yes, she is attractive, though there are other friends who are even more attractive. But it is a mother's duty to tell her teenager that too much flirtation can give her a reputation of being a "light female, not to be ever taken seriously!" This sort of name sticks for a long time.

Often, a young girl gets annoyed when her parents do not like her friends. For the first time, parents have to accept that they are not the centre of interest for their daughter.

First of all, please avoid a critical appraisal of her friends. An adolescent must have confidence to believe that her parents will allow her to build new relationships outside the family. A negative opinion repeated frequently will make her reinforce something which was just a minor crush into the love of her life! And she will do that only to prove her independence.

But if you really have any doubts about the suitability of her "crush" always remember to speak to your child frankly and without a hectoring tone. You can explain your reservations upon the great cultural differences or a difference in age without humiliating your adolescent. It is necessary for you to be firm if you really think her to be in a danger. She will feel reassured by this attitude because an adolescent has a need to feel protected even if she shouts long and loud against it!

If parents do not know who her "best friend" is, you should remember that when a girl has her first crush she does not want her parents to know about it for fear of ridicule!

Nowadays, many parents want to interfere in the lives of their children by asking questions about each and every friend they have. They want to know everything. Sometimes, they give more importance to the friends of their daughter than to their daughter herself.

You have to respect her dream garden. Remember that if she's really serious about someone, she will want him to make your acquaintance for your approval. What do you do when your child weeps into her pillow and cries that she does not want to live anymore because her heart is broken?

Do not trivialise her suffering because she is experiencing adult emotions for the first time.

And above all never say the words, "This too shall pass, it is not the first time. This has happened and it will not be the last!" Resist the temptation to try and make her forget the feelings by distracting her. That will annoy her even more because this sort of catharsis is more of a bid to show that a person is adult and self-dramatising rather than something which is deeply felt and rooted.

In fact, it is a plea from the adolescent who says "Please, pay attention to me, I am suffering so much!" But do not add your mite by telling her I told you so or anything else equally annoying!" A parent should envelope the child with care without negating her feelings, as far as possible.

She does not interest herself in boys at all!

If she has plenty of friends and she is healthy do not get worried unnecessarily. Even though she is quite young, she has her imagination and she is normal. Do not harass her with unnecessary and futile questions.

But on the other hand, if she is isolated she does not interest herself in friends or any activity, it is possible that she is not well and needs medical help.

Everybody knows that being a parent is not easy, especially when your child is entering teenage. The teenage years are the age when a child gets in touch with her emotions and if the parents are not supportive, they will always regret the fact that their child does not trust them anymore.