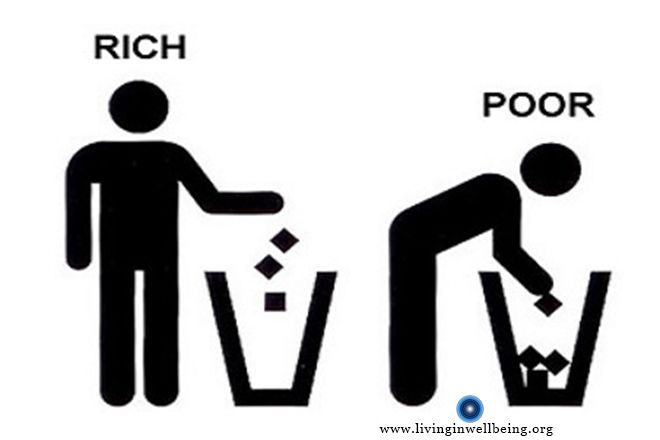 Rich and Poor people are present in this world from the beginning of the day. Even though we try to reduce the difference between Rich and Poor it still continues and will continue. Here some questions come to our mind.
Is Richness a blessing from God?
Are people born lucky?
Why some people are lucky and others are unlucky?
Why some are Poor and continue to be Poor?
Is there any difference between the thinking of Rich and Poor?
Is Richness a state of the mind?
What is the behaviour pattern of Rich and Poor?
It is really very interesting to find an answer to these questions ?

Below we are trying to present some interesting differences in the habits of Rich and Poor.

Posted on February 26, 2017 by Dr.Purushothaman Kollam in All Featured Articles & Blogs, All General Blogs & Articles