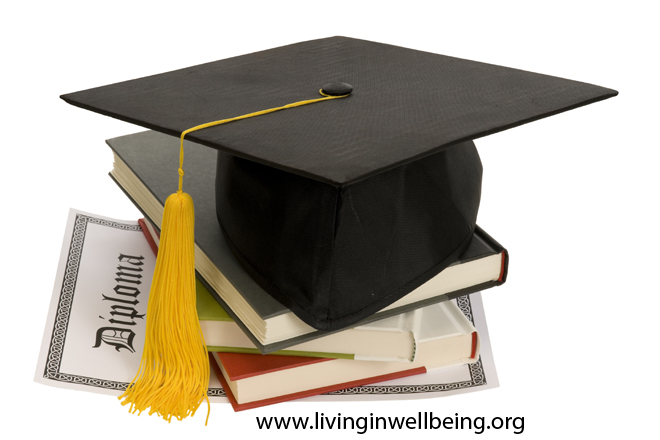 Quality has been used as a tool to ensure some compliance with these concerns. However, the rationale and policy often tend to be worked out after the decision to undertake an audit, assessment or accreditation process has been made. Thus approaches to quality are predominantly about establishing quality monitoring procedures. The quality of education being offered in institutions of higher education is a question being debated widely. With the growing cost of higher education in India, the question has become especially pertinent for all its stakeholders – students to policymakers alike.

In the present scenario, when all stakeholders of Indian higher education system are concerned about the education offered in its Institutions of higher education, against the back drop of declining funds for higher education, it becomes pertinent to look for options which can make an impact on the existing system in a most cost effective and user friendly manner. Such options and tools must also be in keeping with the all round socio economic development of the country and must also be relevant in the present day knowledge based society. It is therefore that institutions of higher education in India, today are hard pressed to accept the modern management and computerized interventions into their systems in order to ensure value for money and superlative quality of services offered

Over the years, though the higher education system has been benefited by the examination and recommendations of a number of education committees and commissions, the system today is observed to be the one with lot of short comings viz.,

¨ Variable quality of higher education in different institutions across the country

¨ Inflexibility of academic structure that inhibits innovation and excellence

¨ Under-utilization of already scarce resources viz. equipments etc., due to ignorance as well as apathy of all concerned

¨ Students: for choice of an Institution for studying

¨ Parents: for worth of personal investment on the education of their wards.

¨ Funding Agencies: for deciding the quantum & extent of fund allocation

¨ Society: for value of taxpayer's money

¨ Industry: for Industry–Institution partnership & also as employers for graduate recruitments

There may be some goods and services which can meaningfully and unambiguously be ranked from "best" to "worst", but the services of higher education institutions are surely not among them. Colleges and universities are too various in their missions and clienteles for any single dimensional ranking to make much sense. In fact, it is important to notice that this heterogeneity is of more than one kind.

First, most colleges and universities are "multi-product firms", aiming to provide more than one, and often many, kinds of services, The large state university, with its concerns for undergraduate, graduate, and professional teaching, for pure and applied research, for public service, for semi-professional athletics, and so on, is the clearest example, but even simpler institutions like community colleges or liberal arts colleges have multiple objectives.

Second, even if we focus on single broadly defined function -- say the improvement of students' writing skills -- institutions differ dramatically in the clienteles they serve.

Another "cut" on the quality issue requires distinguishing these questions:

1. How well does a college do with the resources it's got?

2. How great are this college's resources?

It may be meaningful to say that one college, which "costs" society more, is, in "absolute" terms, higher in quality than another less expensive college. But is the extra expenditure worth it -- does the more expensive college provide as good or better "value for the money'? To answer this requires some sort of judgment about what the added quality is "worth", a judgment on which different actors may disagree.

Quality and the eye of the beholder

Still another complication in judging quality arises from the fact that, even holding constant mission, clientele, and resources per student, quality may be judged differently by different constituencies that matter to a college or university. Parents may feel differently about heavy "homework" assignments than students do; alumni may have a distinctive view of what good teaching is; the public at large may have a stake in educating students for citizenship which is not felt so acutely by other constituencies; faculty often have a distinctive view of their institution's mission and central concerns. A full list of groups with a stake in a college's or university's conduct would surely include, among others: students, parents, alumni, faculty, staff, trustees or governing board members, legislators, and citizens. What quality is depends on how you perceive and why you care about a college.

A final complication in thinking about college quality is the interplay between the quality of the students and the quality of the school. In general, one of the things students care about most in choosing a college is the quality of the students. The evidence, not too surprisingly, is that the typical student wants to attend a college where his or her classmates will be somewhat, but not too much, more accomplished than he or she is. Doubtless this is partly a matter of reputation -- the job market prospects of a student, for example, are to some degree influenced by the average quality of her classmates -- but there is a real educational point to this preference too, Students learn from their colleagues, and it is quite plausible that a student will typically learn most from peers who are near him or her in capacities and accomplishment -- and perhaps preferably a little above.

We might pull together these different aspects of the notion of quality by considering some alternative interpretations of the complaint that the most expensive colleges and universities cost too much -- referring here to the resource costs of the institutions rather than their price. There are at least these possible interpretations:

1. These institutions simply waste resources: they could produce exactly the quantity and quality of educational services they do now while using fewer resources.

2. These colleges spend too much money on items that, while desired by some constituencies, are not "genuinely" educationally valuable; such frills add to the cost of education without providing comparable benefits.

Only the first of these possibilities conforms unambiguously to an economist's understanding of "waste". In every other case, the implied changes would reduce the "cost" of the most expensive colleges and universities only by reducing their "quality", at least according to the values of some participants. The last three possible interpretations all raise questions about educational priorities, whether among the diverse educational missions and constituencies colleges serve, between institutions serving different categories of students, or between higher education and other social concerns. `Quality' has evolved from a marginal position to being the foremost concern in higher education alongside funding issues. Approaches to quality in higher education in most countries have started with an assumption that, for various reasons, the quality of higher education needs monitoring. At root, governments around the world are looking for higher education to be more responsive, including:

* expanding numbers, usually in the face of decreasing unit cost;

* ensuring comparability of provision and procedures, within and between institutions, including international comparisons.

Unpacking the concept of cost

Despite its prominence in recent debate, the notion of "the cost of a year of college education" is fraught with ambiguity. Indeed, the complications seem no less pervasive than those surrounding the idea of the quality of higher education. Some of the ambiguity about costs is due to the degree to which colleges and universities fail to follow our intuitive and usually accurate ideas about economic transactions between buyers and sellers; some ambiguity comes from our embedding in the pricing of higher education social objectives antithetical to the profit motive; and some comes from curious and arcane traditions of college and university accounting that distort their own sense of their own costs.

A number of measures have been taken for quality improvement. These include the development of infrastructure, curriculum, human resources and research and establishment of centres of excellence and interdisciplinary and inter-institutional centres. Investment in higher education.Higher education in India is in deep financial strain, with escalating costs and increasing needs, on the one hand, and shrinking budgetary resources, on the other. Recently, major efforts have been mounted for mobilization of resources and it has been recommended that while the Government should make a firm commitment to higher education, institutions of higher education should make efforts to raise their own resources by raising the fee levels, encouraging private donations and by generating revenues through consultancy and other activities. If higher education has to be maintained and developed further, the Government will have to step up measures for encouraging self-reliance

The major initiatives taken by the UGC in improving the quality and standards of higher education are:

§ programmes for setting up Centres of Advanced Study and Research, improvements in college teaching, strengthening research and infrastructure, etc.

§ Periodic review and renewal of curricular content of courses in various disciplines,.

§ Establishment of common facilities for research networking of resources for information and documentation.

§ Provision of scholarships and fellowships to students.

§ Launching of special programmes for greater participation of women, disadvantaged groups and the weaker sections in higher education.

Demand for higher educated manpower will increase substantially in the near future and this will impel central focus on the quality and quantity of manpower produced by the higher education system. Both for quantitative expansion and improvement in quality, the system requires large additional resources.

The various sources of finances for higher education in India are: (a) government sector — central government, and state government; and (b) Non-governmental sector— students/parents (or families), e.g., fees, and other maintenance expenditure, and the rest of the community at large, e.g., donations and endowments.

The relative shares of various sources in ‘total' expenditure on higher education in India have changed considerably over the years. The share of the government has increased in financing higher education, and correspondingly that of every other source, viz., student fees, community contributions, and other internal sources declined steeply, though in absolute money terms there has been a significant increase in the contribution of these sources as well. Thus, higher education in India is characterised by massive public investment, though the investment is still regarded as much below optimum. The rapid growth of school education naturally pushed the demand for higher education.

Recently, efforts are being made to mobilise resources, and it has been recommended that while the government should make a firm commitment of funding higher education, colleges and universities should also make efforts to raise their own resources.

This paper has been offered in a spirit of exploration. Its purpose has been both to clarify and to complicate; to make distinctions involving cost and quality in higher education, but also to warn against too much precision in debate where there is less in fact. "Quality" is a word, and a goal, with many meanings; even "cost", a term which has the ring of hard facts and bottom lines turns out to be a much more ambiguous and multi-faceted notion in higher education than may at first appear.