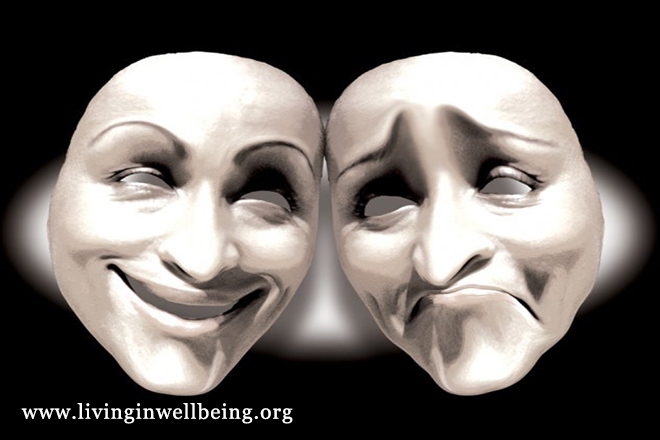 Could the famous phrase, "Never make someone a priority in your life when you are only an option in their life" have been coined by a friend of an unfortunate soul that most grievously became entrapped in a relationship with a wily narcissistic emotional abuser? Or could the phrase have been coined by the victim, referred to in this article as an option, themselves? Either way, what would appear to be a relatively easy concept to understand, is in fact quite difficult to grasp when in the midst of the confusion created by a narcissistic emotional abuser.
One of the premeditated strategies a narcissistic emotional abuser will use is keeping their option off balance. Energy is expounded by the option trying to figure things out and trying to make sense of all the contradictory statements and actions instead of moving forward developing a healthy and fulfilling relationship. Regular phone contact with intermittent dates when plans for the future are discussed along with promises of commitment and undying love take place. Mixed with these positive experiences presented to the unsuspecting option, however, are unexplained periods of absence or unanswered phone calls only to be responded to by the narcissistic emotional abuser in a manner that makes the option appear distrusting and paranoid.
After only a few glares given by this type of emotional abuser that onlookers would perceive as looks of arrogance, the option begins their experience of becoming unbalanced and begins questioning their intuitions. As time goes on, the option's reality, at least from their perspective, begins to fall apart. Two plus two used to equal four, but now when the option adds the numbers together they are being told that the answer is not four, that it is something different. What makes the experience of being involved with a narcissistic emotional abuser even more uncannily "crazy" is that when another situation arises (which undoubtedly will occur time and time again) wherein two plus two are attempted to be added together, the answer given will be something totally different. Of course the answer is given with what onlookers would perceive as haughty arrogance.
To the option, humiliation, embarrassment, and the continued increase of imbalance is strategically carried out by the narcissistic emotional abuser. An onlooker would most easily be able to observe the complete imbalance of "power" within the relationship. The option experiencing heightened emotions of love and infatuation as a result of the persona presented to them which was designed and built to mesmerize the option is unaware of "power" being used. The option is already off balance attempting to make sense of the craziness, already questioning their intuitions, and already questioning their reasoning capabilities.
One of the many things to remember about the narcissist is that they have an agenda and purpose for each person they allow into their life. Everyone is a tool to be used to construct whatever it is they are building and like tools are easily replaced. Like tools, there are options upon options of choices dependent upon what the narcissistic emotional abuser is attempting to construct at a particular time in their life.
When a builder has their prized tool in their hand, the tool is treasured. How else would the builder get their job completed? When the builder needs a different tool, one tool is laid down and another picked up. If the market creates a new tool, old tools are discarded without a thought. The new tool works better.
The difficult task for the option thinking they are in a relationship with the narcissist is that the option is human. The option is not a metal tool. The option has a brain, has feelings and emotions, and has incredible value, ALWAYS. The task of grasping that a kind of human being exists that would intentionally hurt and strategically use another human being for sole gain and pleasure is incomprehensible when experienced first-hand.
What is even more incomprehensible is for the onlooker looking at the option and wondering, "Where have you been all your life? Wake up. You see it happen every day. You know there are people out there like this. It is what it is. Get out! Leave the jerk!"
Narcissistic emotional abusers do indeed enjoy what they are doing. They feel power. They feel control. They can do what they do and they have options upon options to turn to at any time. They have deliberately constructed a facade of a world around themselves that to them appears indestructible. The not so funny thing is that it is pretty much indestructible because of the emotional havoc that is able to be carried out on living human beings seen and experienced as mere options.
It is easy to repeat words in a phrase such as, "Never make someone a priority in your life when you are only an option in their life." For the option in the life of the narcissistic emotional abuser, it is not so easy a task to understand.
About the Author
Professional Mental Health Provider with website addressing relationships with narcissistic emotional abusers, trauma of childhood sexual abuse and healing from emotional and sexual abuse
http://www.dare2bucounseling.com