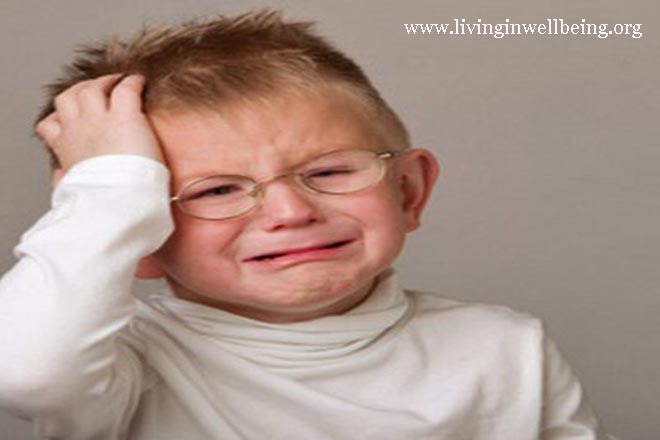 Young people can have mental, emotional, and behaviour problems that are real, painful, and costly. These problems, often called “disorders”, are a source of stress for the child as well as the family, school, community, and larger society.

The number of families who are affected by mental, emotional, and behavior disorders in young people is staggering. It is estimated that as many as one in five children or adolescents may have a mental health problem that can be identifies and treated. At least 1 in 10 may have a “serious emotional disturbance.” This term refers to a mental health problem that severely disrupts a person’s ability to function socially, academically, and emotionally.

Mental health disorders in children and adolescents are caused by biology, environment, or a mix of both. Examples of biological factors are genetics, chemical imbalances in the body, and damage to the central nervous system, such as a head injury. Many factors in a young person’s environment can affect his or her mental health, such as exposure to violence, extreme stress, and loss of an important person.

Caring families and communities working together can help children and adolescents with mental disorders. A broad range of services often is necessary to meet the needs of these young people and families.

Types of Disorders
Following are descriptions of some of the mental, emotional, and behaviour problems that can occur during childhood and adolescence. All of these disorders can have a serious impact on a child’s overall health.

Some disorders are more common than others, and conditions can range from mild to severe. Often, a child has more than one disorder.

Anxiety disorders are the most common of childhood disorders. They affect an estimated 8 to 10 of every 100 children and adolescents. These young people experience excessive fear, worry, or uneasiness that interferes with their daily lives. Anxiety disorders include:

Phobia – an unrealistic and overwhelming fear of some abject or situation;
Generalized anxiety disorder – a pattern of excessive, unrealistic worry not attributable to any recent experience.
Panic disorder – terrifying panic attacks that include physical symptoms such as rapid heartbeat and dizziness;
Obsessive compulsive disorder – being trapped in a pattern of repeated thoughts and behaviors such as counting or hand washing; and
Post-traumatic stress disorder – a pattern of flashbacks and other symptoms that occurs in children who have experienced a psychologically distressing event such as physical or sexual abuse, being a victim or witness of violence, or exposure to some other traumatic event such as a bombing or hurricane.
Major depression is recognized more and more in young people. Years ago, many people believed that major depression did not occur in childhood. But we now know that the disorder can occur at any age. Studies show that up to 6 out of every 100 children may have depression. Some adolescents or even elementary school children with depression may not place any value on their own lives, which may lead to suicide. The disorder is marked by changes in:

Emotion – the child often feels sad, cries, looks tearful, feels worthless;
Motivation – schoolwork declines, the child shows no interest in play;
Physical well-being – there may be changes in appetite or sleep patterns and vague physical complaints; and
Thoughts – the child believes that he or she is ugly, that he or she is unable to do anything right, or that the world or life is hopeless.
Bipolar disorder (manic-depressive illness) in children and adolescents is marked by exaggerated mood swings between extreme lows(depression) and highs (excited ness or manic phases). Periods of moderate mood occur in between. During a manic phase, the child or adolescent may talk nonstop, need very little sleep, and show unusually poor judgment. Bipolar mood swings can recur throughout life. Adults with bipolar disorder, as common as 1 in 100 adults, often experienced their first symptoms during teenage years.

Learning disorders affect the ability of children and adolescents to receive or express information. These problems can show up as difficulties with spoken and written language, coordination, attention, or self-control. Such difficulties can make it harder for a child to learn to read, write, or do math. Approximately 5 of every 100 children in public schools are identified as having a learning disorder.

Eating disorders can be life threatening. A young person with anorexia nervosa, for example, cannot be persuaded to maintain a minimally normal body weight. This child or adolescent is intensely afraid of gaining weight and doesn’t believe that he or she is underweight. Anorexia affects 1 in every 100 to adolescent girls and a much smaller number of boys.

Youngsters with bulimia nervosa feel compelled to binge (eat huge amounts of food at a time). Afterward, to prevent weight gain, they rid their bodies of the food by vomiting, abusing laxatives, taking enemas, or exercising obsessively. Reported rates vary from 1 to 3 out of 100 young people.

Autism spectrum disorder or autism appears before a child’s third birthday. Children with autism have problems interacting and communicating with others. They behave inappropriately, often repeating behaviors over long periods. For example, some children bang thier heads, rock, or spin objects. The impairments range from mild to severe. Children with autistic disorder may have a very limited awareness of others and are at increased risk for other mental disorders. Studies suggest that autism spectrum disorder affects 7 to 14 of every 10,000 children.

Schizophrenia can be a devastating mental disorder. Young people with schizophrenia have psychotic periods when they may have hallucinations (sense things that do not exist, such as hearing voices), withdraw from others, and lose contact with reality. Other symptoms include delusional or disordered thoughts and an inability to experience pleasure. Schizophrenia is even more rare than autism in children under 12, but occurs in about 3 out of every 1000 adolescents.

Help is Available
Many of the symptoms and much of the distress associated with childhood and adolescent mental, emotional, and behavior problems may be alleviated with timely and appropriate treatment and support services. If you have any questions or concerns you may contact the Austin Child Guidance Center.