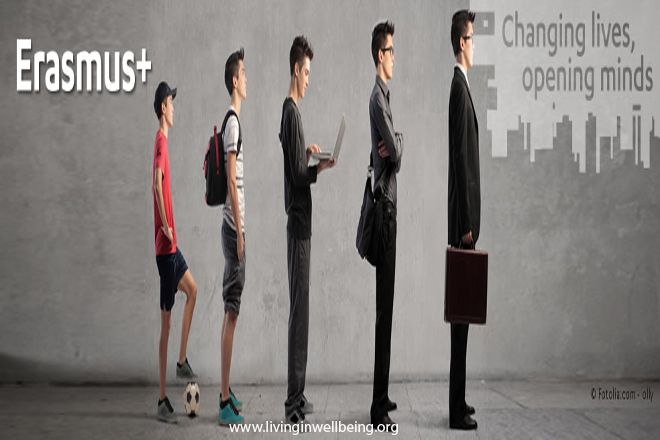 On the one side Indians are considered as the proud owner of glorious education system in the past and on the other side we the same Indian are considered as one of the nations with poorest education structure in the world -with millions of illiterates in the country- even poorer than the countries those stands nowhere near us in the development in the last few years. On the other hand various other countries are amazed by the quality of the human resources that the Indian education system has produced. There was a time when India's education system was considered as the best in the world and followed and adored by renowned scholars from every part of the world. But with the time this glorious system lost its luster and a time came when it hit its lowest ebb. There may be varied reasons behind this continued and long decline in the quality of education system in India. One of the prominent reasons was the social structure of the Indian society. Like Women and people of lower castes were not considered good enough to be educated thus denied the right to educate themselves and this continued for centuries altogether till eighteenth century. It was only in the middle of the eighteenth century with the spread of Jainism, Buddhism, Bhakti and Sufi movements did some liberating effects on the condition of the women and lower caste people known as sudra started to appears. But in the real sense it was the English language and the reformation movements of the 19th century that had the most liberating effect in pre-independent India. Although there was no real change in the education system or level of education in the India but certainly there started a thought process to check this menace of illiteracy. So it is the Britishers that can be credited for bringing a revolution in the Indian education system.

According to the constitution of Indian Republic Education falls under the control of both the central government and the states, with some responsibilities lying with the centre and the state having autonomy for other.At the time of independence the Government of India was dealing with so many critical issues like union of states to mother land, peace in the troubled area, poverty and increasing population and shattered economic condition. In all this chaos government of India give priority to the development of the education as this was seen as one of the main cause of the some other evils of the society. Main impediment in this was considered to be indiscrimination in the society on the basis of caste and creed. So to remove this evil strict laws were made and implemented. Special emphasis was started to be given to girl children education. So many schemes were started so that there will not be any discrimination as far as imparting education to the girl child is concerned.

With the 86th constitutional amendment Indian Government has made elementary education a fundamental right for the children of the age group- 6 to 14.

Present Scenario of Education in India

Education is being given utmost priority by both the state and Centre government of the country in the present past. Every effort is being done to organize the education system in India to tackle all ready grown up illiteracy rate of the Indian population for this the central government of India formulated the National Policy in Education (NPE) in 1986 and also re-enforced the Programme of Action (POA) in 1986. The central government initiated several measures like setting up of Navodaya Vidyalaya selective schools in every district, advances in female education, inter-disciplinary research and establishment of open universities. India's NPE also contains the National System of Education, which ensures some uniformity while taking into account regional education needs. The NPE also stresses on higher spending on education, envisaging a budget of more than 6% of the overall national budget.

The present educational system in India is mainly divided into the following few categories according to the level of the education.

This is the first step of the ladder of education in the education system of India. The Indian government lays much emphasis on the foundation of education ie. Primary education up to the age of fourteen years. Besides putting a ban on child labor in order to ensure that the children do not enter unsafe working conditions. To universalize primary education District Primary Education Programme (DPEP) was launched in 1994 founded by central and state governments in 85% -15%of The DPEP with the support of UNICEF has opened approx 1,60,000 new schools delivering alternative education to approximately 3.5 million children. Significant improvement in staffing and enrollment of girls has been made as a part of this scheme. In spite of all these efforts overall primary school conditions in India as a whole continued to remain lag behind internationally due to under staffing coupled with lack of developed infrastructure and sufficient financing.

The National Policy on Education (NPE), 1986, has provided for environment awareness, science and technology education, and introduction of traditional elements such as meditation and yoga into the Indian secondary school system. Another feature of India's secondary school system is its emphasis on profession based vocational training to help students attain skills for finding a vocation of his/her choosing.

A special Integrated Education for Disabled Children (IEDC) programme was started in 1974. The Kendriya Vidyalaya project was started for the benefits of the children of the employees of the central government of India, who are distributed throughout the country.

Third largest in the world
20 central universities
215 state universities
100 deemed universities
5 institutions established and functioning under the State Act
16000 colleges, including 1800 exclusive women's colleges
1200 engineering colleges
with an estimated 30000 graduates employed in the United States as of 2006
7 Indian Institutes of Technology (IITs), have been globally acclaimed for their standard of education.

This number will soon inflate as the setting up of 30 more central universities, 8 new IITs, 7 IIMs and 5 new Indian Institutes of Science are now proposed.

Above data is just the one side of the coin showing only the rosy picture of the state of affairs in the tertiary education system of India but the truth lies in the fact that our university system is still in the state of despair as more then 90 percent of our higher educational institutions are considered to be below par on the quality scale. The internal system of the universities system is marred with the political, caste and communal considerations on the cost of education of the students. And this truth is applicable on all the institution baring a few like IIT's and IIM's who are able to sustain their sanctity and established them self on the world map as one of the best. But the overall scenario cannot be considered rosy as it appears from the numbers given above.

Education for the Marginalized in India:
In order to reduce the gap caused by the earlier socio-economic condition prevailing in the Indian society the government of India took some measures. These measures are being taken to just reduce the disparities in the various sections of the Indian society so that we can progress as a whole rather then different factions of the same society. This is being done as education is considered to be a means for bringing socio- economic transformation in a society, various measures are being taken to enhance the access of education to the marginalized sections of the society. One such measure is the introduction of the reservation system in the institutes of higher education. Under the present law, 7.5% seats in the higher educational institutes are reserved for the scheduled tribes, 15% for scheduled castes and 27% for the non creamy layers of the Other Backward Classes (OBCs). Under the Indian constitution, various minority groups can also set up their own educational institutes. Efforts are also being taken to improve the access to higher education among the women of India by setting up various educational institutes exclusively for them or reserving seats in the already existing institutes. The growing acceptance of distance learning courses and expansion of the Open University system is also contributing a lot in the democratization of higher education in India.

Conclusion:
Taking other co-related social problems in view like poverty, the ever increasing population, old traditional values etc to find any conclusion on the progress of the Independent India on the education front as a hole appears to be a mounting task. But if we take the progress on this front of other countries like china having similar problems and hurdles as we are facing we can conclude that despite all the efforts to develop the education system in India, access, quality of education in India continue to haunt the policy makers till this date. This may mainly been due to the widespread poverty and various prejudices. But this is not the only cause of the shamble in the education system after so many efforts. This mystery has to be unrevealed by the policy makers by their sincere efforts to achieve this goal of education for all. However, the renewed emphasis in the education sector in the 11th five year plan and increased expenditure in both primary and higher education can act as a catalyst for the Indian education system.