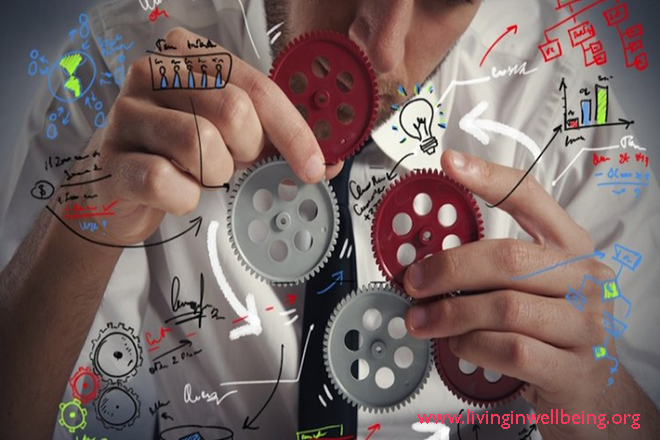 Some people can look up to the sky and see a story in the clouds while coasting. And some people can write the words of their insides with nothing more than a notion. Some people can close their eyes and feel the rhythm without motion, and some people figured out how on earth to cross all these damn oceans.
Welcome to the world of creativity, a world built upon the ideas, and imaginations of each other, a world of thoughts as fabled as Santa and his legendary sled, and the eggs we hunt fresh out of bed in those early Easter days of spring. Creativity has led us by the hand every step of every day. You can't buy it, for it is invisible, and you can't capture it, for it is unattainable. It won't be under your pillow in the morning, but it will awake with you yawning.
It is the ability to change the air into a presence… to bring to life the visions only our individual eyes can see. It's reaching beyond reality and pulling back a seed to grow. Giving birth to life is not always of the human kind, but of expression in the form of release. It is the theft of the physical and the invasion by the spirit.
Creativity is always new and can never be borrowed. It begins and never really ends. It is yesterdays ground; today's air - and tomorrow it will be the sky, like the limits we've set. It is communication of every language, for it speaks to us all, yet to each and every one of us, it will tell us to feel something different when we, listen with our eyes - if only that was possible. You could just imagine what our faces would look like. Our eyes would have little lobes to showoff our lovely jewelry, or the glasses that were invented years ago to help us see could now help us hear. We'd be able to see on two different sides of our head, and certainly, we'd all walk a little differently too, but… couldn't you just imagine?
…'Couldn't you just imagine' is Creativity.
Like the man who carved his own little hole in the world with the creation of a talking mouse, his talking friends, and of course, the price of admission. The Land Of Disney was once only an idea before it was a childhood revolutionary, a vacation necessity. It was once one man's idea that ran miles around his mind until it finally found its way out because it just couldn't be kept a secret anymore. Creativity was generous with that man, but not everything from a creative mind brings the same joy and visions. Sometimes those secrets should remain in the closet with the skeletons. Like the bombs we fear, and the chemicals of destruction, or the planes that fight and the torpedoes in the seas. Creativity is the reason weapons involve murder, and cages surround criminals like the rats we experiment on. War was born from a creative mind - an evil mind, a land mine, but a creative mind.
Creativity is not always meant to be understood. Whether it's words to a song, or the pattern of paint off an artists brush, we can't always expect to understand. It's universally unique, this creativity.
Like Halloween and the millions of costumes we bring to life, creativity comes in many faces. It is an expression of the senses. It is the taste of the chef, or the vision of the painter, the ears of the musician and the foresight of the architect. It is layer upon layer of sensory expressions and the ability to release them, or even to recognize them.
Creativity is this paper in your hands and the words you're reading. It's the keys that are pushed with every thought. It's the unthinkable to those who witness and the witness to the way one thinks. It is making that thought, that untamable thought, visible for all to see, or loud enough for all to hear, or high enough for all to climb, or even sweet enough for all to taste. Creativity is everything.
It's the smell of roses with the spray from a bottle, and the poem that races at full throttle. It's inspiration and fascination, for one never truly knows of creativity's occupation. It's the rhyme in reason and the reason to rhyme, like the clapping of seconds that we call time. It's the way we can speak without saying a word, and the voices that sing with what we've heard. It's the insides of every man, and the wave of a wand from any hand, that makes magic so fantastic. It can be an illusion in this land of confusion. The concept is ours for the choosing. Just pick a sense and begin to create. Sit back and watch the ways of fate. Sit back and chew these thoughts you taste, for birth is not only of the human kind. These words are not only of the literary kind.
Some people can look up to the sky and see a story in the clouds while coasting, and some, well, some just see clouds mostly
About the Author
Please Credit http://www.DesignCompany.co As The Original Source
Written by John J. Vicino, "JvCreativity™"
"Birth Is Not Always Of The Human Kind™"