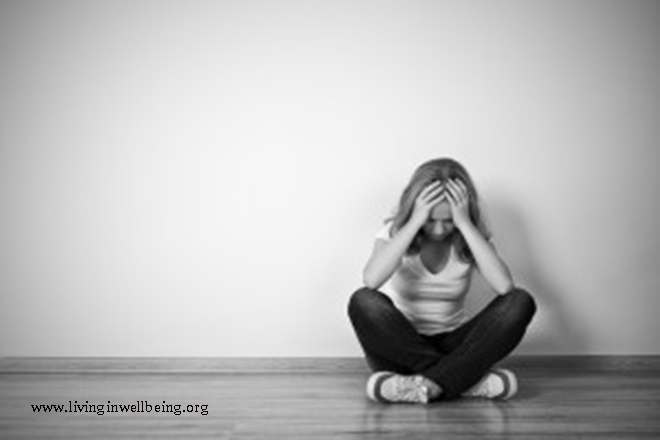 Bipolar disorder, also known as manic depression, is characterized by cycling mood changes, with episodes of depression alternating with episodes of mania. Typically, the switch from one mood extreme to the other is gradual, with each manic or depressive episode lasting for at least several weeks. When depressed, a person with bipolar disorder exhibits the usual symptoms of major depression. People with bipolar disorder are at risk of death - either by dangerous behavior in the manic state or by suicide in the depressive state. About 5.7 million American adults or about 2.6 percent of the population age 18 and older in any given year,1 have bipolar disorder. Bipolar disorder typically develops in late adolescence or early adulthood. However, some people have their first symptoms during childhood, and some develop them late in life. Bipolar disorder sends you on an emotional roller coaster, and the results can be devastating. Bipolar Disease has affected many well-known musicians, writers and artists the illness, and the effects the disease has on the lives of its sufferers has been trivialized. The reason being that there are so many creatively talented people who live with Bipolar Disease.

The extreme mood states of the disease disrupt normal activities, causing problems at home, work, and school. In the manic phase, you may be hyperactive and irresponsible. Bipolar disorder involves periods of elevated mood, or mania, alternating with periods of depression. A person with bipolar disorder typically cycles between these two extremes, often with periods of normal mood in between. The pattern of symptoms differs from person. Some people are more prone to either mania or depression, while others experience equal numbers of manic and depressive episodes. The frequency and duration of the mood episodes also varies widely. Bipolar disorder causes dramatic mood swings—from overly "high" and/or irritable to sad and hopeless, and then back again, often with periods of normal mood in between. Severe changes in energy and behavior go along with these changes in mood.Psychiatrists list four types of bipolar disorder. The four types differ largely on three factors. One factor is whether mania (the highs) or depression (the lows) is more common in the patient. The second factor is how serious each condition is. The third factor is how fast the patient alternates between stages.

Bipolar disorder runs in families, with genetics believed to play a significant role. A person with this inherited vulnerability may develop bipolar disorder in response to environmental triggers such as a traumatic experience or drug abuse. Serotonin, dopamine, and norepinephrine are three neurotransmitters—or chemical messengers in the brain—that help regulate our moods. It is believed that imbalances in these biochemicals are responsible for the mood swings of bipolar disorder. Brain imaging scans reveal significant differences between the metabolism of a normal brain and a bipolar brain. During normal mood, brain activity, and blood flow across the two sides of the brain are basically equal. Hormonal imbalances have been found in many people with bipolar disorder. In particular, high levels of the stress hormone cortisol and abnormal levels of thyroid hormone are believed to contribute to manic and depressive mood episodes.

Severe stress or emotional trauma can trigger either a depressive episode or a manic episode in an individual predisposed to bipolar disorder. Stress can also prolong a bipolar mood episode. Major life events such as getting married, going away to college, or starting a new job can trigger a mood episode. Certain medications, most notably antidepressant drugs, can trigger a manic episode. If antidepressants are prescribed during the depressive phase of bipolar disorder, they must be taken with a mood stabilizer in order to avoid this complication. Sleep deprivation—even as little as skipping a few hours of sleep—can trigger an episode of mania. Episodes of mania and depression often follow a seasonal pattern. Manic episodes are more common during the summer, and depressive episodes more common during the fall, winter, and spring. Disturbances in circadian rhythms have been implicated in bipolar disorder. Some researchers believe that the biological clock that regulates our sleep-wake cycle is abnormally fast in people with bipolar disorder.

Symptoms of depressive disorders vary depending whether the depression is caused by major depressive disorder or dysthymic disorder. Symptoms of bipolar disorder vary depending on the part of the cycle a patient is experiencing. During a low period, the patient has low energy levels, feelings of despair, difficulty concentrating, extreme fatigue, and slower mental and physical functions. Manic, or high, part of a cycle is characterized by feelings of happiness and well-being, lack of restraint, talkativeness, racing thoughts, reduced need for sleep, and irritability. In extreme cases, mania can be expressed in the form of hallucinations and other mental fantasies. A person going through a major depressive episode feels depressed and/or loses interest in enjoyable activities. Children are more likely to feel irritable than depressed. The symptoms of dysthymic disorder occur along with other mental and physical symptoms. Up to 70 percent of dysthymic patients also have major depressive disorder. Some mental problems seen in people with dysthymic disorder include substance abuse (drug abuse), panic disorders (see panic disorders entry), and phobias (irrational fears). Physical problems that accompany dysthymia include multiple sclerosis , AIDS ,chronic fatigue syndrome , diabetes , and Parkinson's disease.

Some people with bipolar disorder receive medication and/or psychosocial therapy by volunteering to participate in clinical studies (clinical trials). Clinical studies involve the scientific investigation of illness and treatment of illness in humans. Mood stabilizers help control mood swings, prevent recurrences of mood swings, and reduce the risk of suicide. They are usually taken for a long time, commonly for many years. Examples include lithium and certain anticonvulsant drugs. One group of drugs used to treat depression is called selective serotonin re-uptake inhibitors (SSRIs). These drugs increase the amount of serotonin (pronounced sehr-uh-TOE-nun) in the brain. Serotonin is a major neuro-transmitter. Some side effects of SSRIs include anxiety, diarrhea, drowsiness, headache, sweating, nausea, poor sexual functioning, and insomnia (see insomnia entry).

Lithium. The common name for a group of chemicals that contain the chemical element lithium. These chemicals are among the oldest and most frequently prescribed of all drugs for the treatment of bipolar disorder. Carbamazepine (pronounced KAHR-buh-MAZ-uh-peen) is an anticonvulsant drug used to prevent convulsions (spasms). It is often prescribed to patients for whom lithium treatment is ineffective. Valproate. Used primarily for the treatment of patients with rapid cycling bipolar disorder. These patients often do not respond to treatment with lithium. Bipolar disorder is sometimes treated with electroconvulsive shock therapy, or ECT. ECT is a procedure in which intense electrical shocks are administered through electrodes attached to the patient's head. The patient is first given anaesthesia (pronounced an-is-THEE-zhuh) and a muscle relaxant.