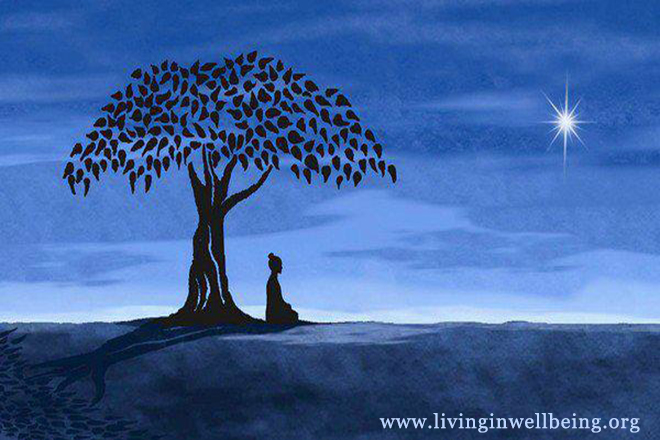 Contemporary societies are composed of world cultural ingredients. There is no longer a bold differentiation between western and eastern societies as social beliefs and practices are meeting with other traditions and cultures. One such case is the spiritual tradition of India. Once a vital part of the Indian culture, yoga and other practices like Buddhism have become modern day practices for spirituality and health. Today, more than ever, individuals from have taken interest in yoga because of its significant ability to change the mind and body in a natural and organic process that is neither invasive nor requires chemical based medication.

Much of the tradition of piousness from India was posited in communities, such as an ashram, where individuals learned the techniques and doctrine of spirituality under the supervision of a spiritual guide or teacher. Such traditions still remain, and many people from other nations are traveling to India to research this profoundly rooted nest of spiritual instructions and philosophy, visiting ashram like the Tureya Ashram in Kodaikanal [http://www.tureya.com].

Ashram residency is a special portion of yogic spirituality. It is inside the ashram environment that many students examined the precepts and instructions of yoga there were designed to direct the aspirants towards self actualization. Today ashrams are still functioning with the same basic intentions, and people from all over the world are seeking out spirituality for a more complete and holistic lifestyle.

This article discusses the activity and spiritualism of ashrams in India and the yogic tradition of India. It also lightly touches on the modern existence of spirituality and how it is integrated into the ashram arrangement of living.

The practice of ashram living has been in existence for a very long time. It has been reported that ashrams in India were in existence even before the Vedas were inscribed, a time period of more than two to three thousand year prior to the birth of Christ. While sacred ashrams were traditionally situated in India, they gradually started to spread into many cultural atmospheres and today there are hundreds of nations that have ashrams within their borders. Although many individuals believe yoga's migration to the Western countries as a recent venture, there is evidence of the practice of yoga traveling outside of India into Western cultures as far back as Alexander the Great. It is believed that Alexander had discovered a guru in India and had asked him to return to Rome with him after his conquest through the East.

The teachings and guidance offered at an ashram is not universal, and there are many ashram with many different beliefs and traditions. For example, ashrams traditionally teach the practice of yoga, but the administration of yoga can be broken into hundreds if not thousands of unique systems, each possessing their own special path to the higher goals of spirituality. While the majority of gurus, also know as spiritual instructors, residing at ashrams are of Indian backgrounds, there are many contemporary ashrams that are run by people of different cultures who have realized peace in yoga and have acknowledged the role of guru in order to guide others in yoga. Traditionally, gurus where predominantly male; but now there are also many female instructors who are exception into the role of guru to help guide others in their spiritual exploration.

If you would like to learn more about ashrams and spirituality, please visit Ashram India homepage.

About the Author
Cody Hester writes regularly about spirituality related topics. I hope you enjoy this article.