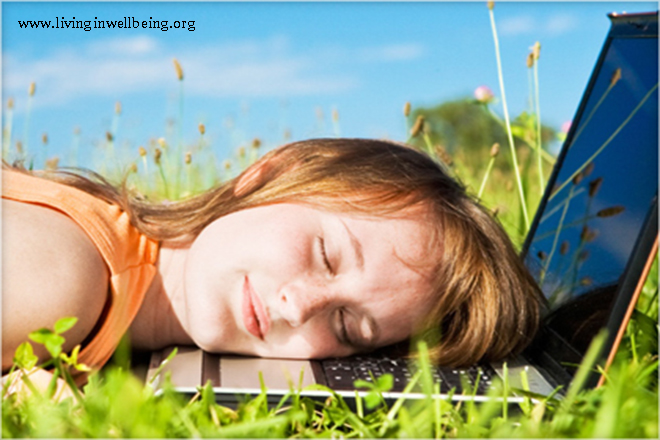 The development of children ages 12 through 18 years old is expected to include predictable physical and mental milestones.

Information
During adolescence, children develop the ability to:

Understand abstract ideas, such as higher math concepts, and develop moral philosophies, including rights and privileges
Establish and maintain satisfying relationships by learning to share intimacy without feeling worried or inhibited
Move toward a more mature sense of themselves and their purpose
Question old values without losing their identity
PHYSICAL DEVELOPMENT

During adolescence, young people go through many changes as they move from childhood into physical maturity. Early, prepubescent changes occur when the secondary sexual characteristics appear.

Girls may begin to develop breast buds as early as 8 years old. Breasts develop fully between ages 12 and 18.
Pubic hair, armpit and leg hair usually begin to grow at about age 9 or 10, and reach adult patterns at about 13 to 14 years.
Menarche (the beginning of menstrual periods) typically occurs about 2 years after early breast and pubic hair appear. It may occur as early as age 10, or as late as age 15. The average age of menstruation in the United States is about 12.5 years.
Girls have a rapid growth in height between ages 9.5 and 14.5, peaking at around age 12.
Boys:

Boys may begin to notice that their testicles and scrotum grow as early as age 9. Soon, the penis begins to lengthen. By age 16 or 17, their genitals are usually at their adult size and shape.
Pubic hair growth -- as well as armpit, leg, chest, and facial hair -- begins in boys at about age 12, and reaches adult patterns at about 15 to 16 years.
Boys do not start puberty with a sudden incident, like the beginning of menstrual periods in girls. Having regular nocturnal emissions (wet dreams) marks the beginning of puberty in boys. Wet dreams typically start between ages 13 and 17, with the average at about 14.5 years.
Boys' voices change at the same time as the penis grows. Nocturnal emissions occur with the peak of the height spurt.
BEHAVIOR

The sudden and rapid physical changes that adolescents go through make adolescents very self-conscious, sensitive, and worried about their own body changes. They may make painful comparisons about themselves with their peers.

Because physical changes may not occur in a smooth, regular schedule, adolescents may go through awkward stages, both about their appearance and physical coordination. Girls may be anxious if they are not ready for the beginning of their menstrual periods. Boys may worry if they do not know about nocturnal emissions.

As adolescents pull away from their parents in a search for their own identity, their friends become more important.

Their peer group may become a safe haven, in which the adolescent can test new ideas.
In early adolescence, the peer group usually consists of non-romantic friendships, often including "cliques," gangs, or clubs. Members of the peer group often try to act alike, dress alike, have secret codes or rituals, and participate in the same activities.
As the youth moves into mid-adolescence (14 to 16 years) and beyond, the peer group expands to include romantic friendships.
In mid- to late adolescence, young people often feel the need to establish their sexual identity by becoming comfortable with their body and sexual feelings. Through romantic friendships, dating, and experimentating, adolescents learn to express and receive intimate or sexual advances. Young people who do not have the opportunity for such experiences may have more difficulty with intimate relationships when they are adults.

Adolescents usually have behaviors that are consistent with several myths of adolescence:

The first myth is that they are "on stage" and other people's attention is constantly centered on their appearance or actions. This normal self-centeredness may appear (especially to adults) to border on paranoia, self-love (narcissism), or even hysteria.
Another myth of adolescence is the idea that "it will never happen to me, only the other person." "It" may represent becoming pregnant or catching a sexually-transmitted disease after having unprotected sex, causing a car crash while driving under the influence of alcohol or drugs, or any of the many other negative effects of risk-taking behaviors.
SAFETY

Motor vehicle safety should be stressed, focusing on the roles of the driver/passenger/pedestrian, the risks of substance abuse, and the importance of using seat belts. Adolescents should not have the privilege of using cars and recreational motor vehicles unless they can show that they can use these vehicles safely.

Other safety issues are:

Adolescents who are involved in sports should learn to use equipment and protective gear or clothing. They should be taught the rules of safe play and healthy approaches to activities that require more advanced skills.
Young people need to be very aware of possible dangers -- including sudden death -- which may occur with regular substance abuse, and with the experimental use of drugs and alcohol.
Adolescents who are allowed to use or have access to firearms need to learn how to use them safely, properly, and legally.
If adolescents appear to be isolated from their peers, uninterested in school or social activities, or doing poorly at school, work, or sports -- they need to be evaluated.

Many adolescents are at increased risk for depression and potential suicide attempts, because of pressures and conflicts in their family, school or social organizations, peer groups, and intimate relationships.

Adolescents usually need privacy to understand the changes taking place in their bodies. Ideally, they should be allowed to have their own bedroom. If this is not possible, they should have at least some private space.

Teasing an adolescent child about physical changes is inappropriate, because it may cause self-consciousness and embarrassment.

Parents need to remember that it is natural and normal for their adolescent to be interested in body changes and sexual topics. It does not mean that their child is involved in sexual activity.

Adolescents may experiment with or consider a wide range of sexual orientations or behaviors before feeling comfortable with their own sexual identity. Parents must be careful not to call new behaviors "wrong," "sick," or "immoral."

The Oedipal complex (a child's attraction to the parent of the opposite sex) is common during the adolescent years. Parents can deal with this by acknowledging the child's physical changes and attractiveness -- and taking pride in the youth's growth into maturity -- without crossing parent-child boundaries.

The teenager's quest to become independent is a normal part of development. The parent should not see it as a rejection or loss of control over the child. Parents need to be constant and consistent. They should be available as a sounding board for the youth's ideas, without dominating the child's newly independent identity.

Although adolescents always challenge authority figures, they need or want limits, which provide a safe boundary for them to grow and function. Limit-setting means having pre-set rules and regulations about their behavior.

Power struggles begin when authority is at stake or "being right" is the main issue. These situations should be avoided, if possible. One of the parties (typically the teen) will be overpowered, causing the youth to lose face. This can cause the adolescent to feel embarrassed, inadequate, resentful, and bitter.

Parents should be ready for and recognize common conflicts that may develop while parenting adolescents. The experience may be affected by unresolved issues from the parent's own childhood, or from the adolescent's early years.

Parents should know that their adolescents will repeatedly challenge their authority. Keeping open lines of communication and clear, yet negotiable, limits or boundaries may help reduce major conflicts.

Most parents feel like they have more wisdom and self-growth as they rise to the challenges of parenting adolescents.