Home / All General Blogs & Articles / ADHD Adolescents - What Does It All Mean In The Classroom? 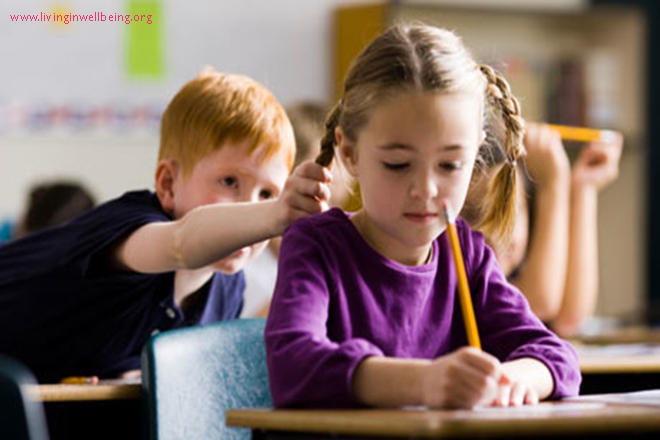 I recently was told a story about a 14 year old student with ADHD who when given a less than compelling written homework assignment proceeded to march to the front of the class and tear it up right in front of the teacher,
and then march back to his seat as if nothing had happened.

Inattention no (or possibly indirectly), impulsivity yes, and hyperactivity maybe. But regardless of what ADHD may have been driving this
behavior it drives home the point that ADHD adolescents as a group are less predictable than their non ADHD peers. It also highlights the unforeseen behavioral problems which can, and often do, occur.

Other than the obvious conduct problems there are other areas where ADHD adolescents will exhibit signs of the disorder. They may not be very good at paying close attention to detail, consistently finish assignment, and following
instructions. They may also make careless mistakes which of course never are a big hit with teachers.

If hyperactivity is one of the primary symptoms they may shy away from or simply refuse to participate in tasks that require sustained attention. The
result is schoolwork or homework that is only partially completed or if completed has been hap hazardously done.

This is almost always the case for ADHD adolescents when the subject matter is uninteresting,
repetitive, or much harder than expected.

There is a widely accepted static that only about 20 percent of ADHD adolescents function well in the classroom. This leaves 80 percent who are billed as lazy underachievers failing to live up to their potential. But in this case the common perception is often not the true reality since many ADHD adolescents work just as hard, if not harder, to achieve at least some level of success.

Many classroom difficulties are attributable to trouble paying attention and/or trouble processing or remembering information.

As these symptoms manifest themselves and underachievement becomes a reality some will give up altogether, which probably is at least partially responsible for the high dropout rates and truancy levels for ADHD adolescents.

For the 80 percent who failure becomes a constant visitor at some point their self confidence and self esteem will start to erode. This may trigger aggressive defiant behavioral problems which seem to keep them in trouble all the time. They may also become socially isolated as their peer start to shy away from their unacceptable behavior antics. This cycle leaves them feeling down in the dumps, stuck in the revolving door of failure and criticism which haunts them both at school and at home.

If you are the parent of an adolescent with attention deficit hyperactivity disorder you may be hoping that your child will grow out of this difficult phase eventually maturing into a successful productive adult.

Most research seems to suggest that while the condition does not go away adolescents will learn to at least manage or compensate for their shortcomings
as they grow into adulthood. This is especially true if treatments such as behavioral therapy, homeopathic ADHD remedies, or ADHD counseling are combined with active parental and teacher involvement.

That said, picking a career that embraces both their strengths and shortcomings will play an important role down the road (advertising, screen and
film, creative development, design, entrepreneurialism). Parents of ADHD adolescents should consider researching these careers earlier rather than later
in order to lay the foundation for future success.